What are the best schools in the land of ice hockey and the maple leaf? Here are
the top 10 best universities in science and engineering in Canada as ranked by the
Higher Education Strategy Associates.

McMaster University is a public research university based in Hamilton in Ontario. It
was founded in 1881 as the Toronto Baptist College. William McMaster, a Senator
who was also the first President of the Canadian Bank of Commerce, then donated
funds to endow the university. In 1887, Toronto Baptist College merged with
Woodstock College. This was given Royal assent and the school was subsequently
named McMaster. It moved to Hamilton in 1930 after land was donated in the area.
The Baptist Convention of Ontario and Quebec initially controlled it before it became
a publicly-funded non-denominational school in 1957.

The University of Alberta is a public research university based in Edmonton.
Alexander Cameron Rutherford, the first premier of Alberta, and Henry Marshall
Tory, established the school in 1908 through the Post-Secondary Learning Act. It
is considered as one of the top employers of the area. Often cited for its green and
environmentally friendly practices, the school is also known for the ease in its course
registration, libraries and cutting edge technologies. It was patterned after the state
universities in the United States, but with emphasis on extension work and applied
research.

The University of Waterloo is a public research university based in Ontario. It has its
roots from Waterloo College, which is now known as the Wilfrid Laurier University.
A semi-autonomous unit of the college was formed in 1957 and called the Waterloo
College Associate Faculties. This then formally separated from Waterloo College in
1959 and was then incorporated as a university. It was originally intended to train
technicians and engineers, though it has since expanded with a Faculty of Arts and
College of Optometry.

The Universite du Quebec a Rimouski, or UQAR, is one of the most modern schools
in Quebec. It is popular for its offerings in the fields of marine biology, oceanography,
rural and social development. It was established in 1969. While most of its students
come from the eastern part of Quebec, the school has also seen a substantial
growth in the number of foreign students, particulary those from French-speaking
African countries.

Simon Fraser University is a public research university located in Burnaby, though
it has campuses in Vancouver and Surrey as well. It was inaugurated in 1965 after
the 1962 recommendation of Dr. J.B. McDonald through his report entitled “Higher
Education in British Columbia. The British Columbia University gave formal assent
the following year. It is considered as one of the best comprehensive universities
in the country. It is affiliated with other institutions in operating joint research
facilities, including the Bamfield Marine Station, a teaching and research center in
marine biology, and TRIUMF, a cyclotron used in subatomic physics and chemistry
research. It is also a partner of the Great Northern Way Campus Ltd.

McGill University is a research university based in Montreal. It was established in
1821 and was named after James McGill, a Scottish merchant and graduate of the
University of Glasgow whose donation served as the foundation of the school. It is
considered as among the best universities offering medical and doctoral degrees. Its
campus is considered as one of the most beautiful in the world. McGill has produced
eight Nobel Prize awardees, 134 Rhodes scholars, two Prime Ministers, 12 Supreme
Court justices, three Pulitzer Prize awardees, four foreign leaders, 28 ambassadors
and 28 Olympic Games medalists.

The University of Ottawa is a bilingual public research university in Ontario. Joseph-
Bruno Guigues, a French priest who was the first bishop of the Roman Catholic
archdiocese of Ottawa, founded it in 1848 as the College of Bytown. The Oblates
of Mary Immaculate ran the school that became known as the College of Ottawa
in 1861. In 1866, it received university status courtesy of a royal charter. In 1889,
it became a pontifical university after it was given a pontifical charter by Pope Leo
XII. It became independent in 1965 with the pontifical charter going to St. Louis
University, which is still federated with the University of Ottawa.

The University of Toronto is a public research university based in Ontario. It was
founded in 1827 through a royal charter and was initially known as the King’s
College. The Church of England first controlled it, though it became independent 23
years later in 1850, during which it finally adopted its current name. The school has
produced two Governor Generals, four Prime Ministers, four foreign leaders and 14
Supreme Court justices. It also boasts of 10 Nobel Prize awardees. It is one of only
two universities outside the United States that is a member of the Association of
American Universities.

The University of British Columbia is a public research university based in
Vancouver. The provincial legislature established the school in 1908. It is the oldest
university in British Columbia and its library is the second largest research library in
the country. It is considered to have the highest entrance requirements in Canada.
It has produced seven Nobel Prize winners, 67 Rhodes scholars, two Canadian
Prime Ministers and 64 Olympic medals. It is also considered to be among the top
research universities in the world in terms of quality and quantity. It has more than
8,000 projects that have attracted funding from the government, industry and non-
profit organizations. 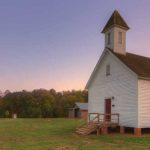 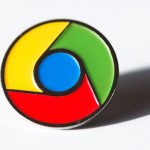