The United Kingdom has some of the most prestigious schools in the world. After the
United States, it probably has the most entries in various university global rankings.
Here is a list of the top 10 best universities in the United Kingdom as determined by
“The Complete University Guide.”

The University of Bath started out as the Bristol Trade School in 1856. After
becoming part of the Society of Merchant Venturers, the school was renamed as the
Merchant Venturers’ Technical College. In 1907, the Bath School of Pharmacy was
established, becoming part of the Technical College in 1929. It was placed under the
Bristol Education Authority in 1949 and was subsequently named the Bristol College
of Technology. It became the Bristol College of Science and Technology in 1960. In
1963, it attained university status. A royal charter was granted in 1966, paving the
way for the University of Bath.

The University of Lancaster is a research school based in Lancashire. It was
established after a royal charter was granted in 1964. It is one of the members of
the N8 Group of research universities. It prides itself with its high research quality
as performed by its faculty members who also provide centralized lectures to the
students.

University College London is a research university and is the oldest and largest
college of the University of London. It was established in 1826 and became one
of the founding colleges of the University of London a decade later. It was the first
school founded in London, the first one established on a secular basis, the first to
admit students regardless of religion and the first to accept women on equal terms
as men. It is considered as one of the golden triangle of British universities. It boasts
of 26 Nobel Prize laureates among its alumni and staff.

The University of Warwick is a research university based in Coventry. It was
established in 1965 as part of the government’s initiative at that time to expand
access of the people to higher institutions of learning. It has a strong research
program and extensive links with the industry. It has never ranked outside the
top 10 of any British rankings, an honor it shares with Oxford, Cambridge and the
London School of Economics. It is considered to be one of the top universities whose
graduates are targeted by employers.

The University of St. Andrews is a research university located in Fife in Scotland.
It was established between 1410 and 1413 as a result of a Papal Bull issued to a group       of Augustinian clergy. It is one of the four ancient universities in Scotland. It features a strong Physics and Astronomy program that ranks second next to Cambridge. It also has a high-quality Arts and Humanities program. It has the highest student satisfaction of students among all universities in Scotland.

The University of Durham is a research university established by an Act of
Parliament in 1832. It was granted a royal charter five years later. It is one of the
oldest universities in England. It is considered as a leading alternative to Oxford and
Cambridge. It also has the second highest proportion of privately educated students
in England. It is a member of the Russell Group, the N8 Research Partnership,
the Matariki Network of Universities and the Faith and Globalisation Network of
Universities. It boasts of professors who are fellows in the Royal Society, British
Academy, Academy of Social Sciences, Royal Academy of Engineering and the
Academy of Medical Sciences.

Imperial College London is a research university whose full name is The Imperial
College of Science, Technology and Medicine. It was established in 1907 and
used to be part of the University of London before it became independent during its
centennial year. It is considered a major center of biomedical research. It boasts of
14 winners of the Nobel Prize, as well as two winners of the Fields Medal. It is also
considered as one of the golden triangle of British universities.

The University of Oxford is considered as the oldest university in the English-
speaking world and the second oldest surviving university in the world after the
University of Bologna. It was established in 1096, but it experienced a boom in 1167
after King Henry II banned English students from attending the University of Paris.
It has produced 26 Prime Ministers, 30 international leaders, 11 Nobel chemistry
winners, five Nobel physics awardees, 16 Nobel medicine laureates and 12 saints. It
has famous and notable alumni in different fields and specializations.

The London School of Economics is a research university that specializes in the
social sciences. It was founded in 1895 and is a constituent college of the University
of London. It is one of the most selective universities in the world and one of
the lowest admission rates of any university in the United Kingdom. The student
body comes from all corners of the globe, even once outnumbering the number
of countries in the United Nations. Its library, called the British Library of Political
and Economic Science, is the largest of its kind in the world with over 4.7 million
volumes. It has produced 16 winners of the Nobel Prize, 34 world leaders and
several Pulitzer Prize awardees.

The University of Cambridge is a research university considered as the second
oldest university in the English-speaking world and the third-oldest surviving
university in the world. It was established in 1209 after scholars left Oxford as a
result of a dispute with the local townsfolk. It has produced the most number of
graduates to win a Nobel Prize with 65 . It is a member of the International Alliance of
Research Universities and the League of European Research Universities. It is one
of the golden triangle of British universities. 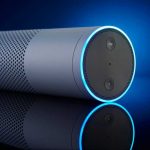 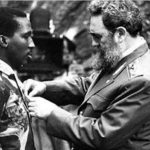