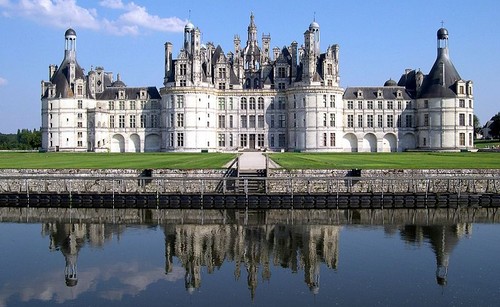 <![CDATA[ <p>A palace is a grand residence, especially a royal residence or the home of a head of state or some other high-ranking dignitary, also homes of kings and emperors. These splendid palaces are among the Most Famous  Monuments in the World. These amazing monuments were once the homes of kings and emperors, now popular tourist attractions. Here is a list of top 10 most beautiful royal palaces in the world.

Also known as Amba Vilas Palace, is a palace situated in the city of Mysore in southern India. It is the official residence of the Wodeyars – the erstwhile royal family of Mysore, and also houses two durbar halls (ceremonial meeting hall of the royal court). Mysore is commonly described as the City of Palaces, Mysore in India has a number of historic palaces of which Mysore Palace is the most famous one. Mysore palace is now one of the most famous tourist attractions in India after Taj Mahal with more than 2.7 million visitors.

One of the most important cultural monuments in the country, since the 1960s it has been one of the major tourist attractions in Vienna. Schönbrunn Palace is a former imperial 1,441-room Rococo summer residence in modern Vienna, Austria. The palace was built between 1696 and 1712 at the request of Emperor Leopold I. The Palace Park offers a lot of attractions, such as the Privy Garden, the oldest zoo in the world, a maze and labyrinth, and the Gloriette (a marble summerhouse) situated on top of a 60 meter high hill.

The Summer Palace is a palace in Beijing, China. The Summer Palace is mainly dominated by Longevity Hill and the Kunming Lake. It covers an expanse of 2.9 square kilometres, three quarters of which is water. This place was used as a summer residence by China’s imperial rulers – as a retreat from the ‘Forbidden City’. The gardens were substantially extended in 1750, reproducing the styles of various palaces and gardens from around China. Kunming Lake was extended to imitate the West Lake in HangZhou.

The Palace of Versailles is a royal château in Versailles in the Île-de-France region of France. Versailles was originally a hunting lodge, built in 1624 by Louis XIII. When the château was built, Versailles was a country village; today, however, it is a wealthy suburb of Paris, some 20 kilometres southwest of the French capital.

The royal Château de Chambord at Chambord, Loir-et-Cher, France, is one of the most recognizable châteaux in the world because of its very distinct French Renaissance architecture which blends traditional French medieval forms with classical Renaissance structures. The building was constructed by King François I.

READ ALSO:  The Most Important Cities In Developing World

Originally known as Buckingham House is the official London residence and principal workplace of the British monarch. Located in the City of Westminster, the palace is a setting for state occasions and royal hospitality. It has been a focus for the British people at times of national rejoicing and crisis.

Alhambra is a palace and fortress complex located in Granada, Andalusia, Spain. It was originally constructed as a fortress in 889, and was converted into a royal palace in 1333 by Yusuf I, Sultan of Granada. The Alhambra’s Islamic palaces were built for the last Muslim Emirs in Spain and its court, of the Nasrid dynasty. After the reconquest by the Reyes Católicos in 1492, some portions were used by the Christian rulers. The Alhambra is now one of Spain’s major tourist attractions and many visitors come to Granada just to see the Alhambra.

The Potala Palace is located in Lhasa, Tibet Autonomous Region, China. Situated on Marpo Ri hill, 130 meters above the Lhasa valley, the Potala Palace rises a further 170 meters and is the greatest monumental structure in all of Tibet. Although a palace was already built here in the 7th century the construction of the present palace began in 1645 during the reign of the fifth Dalai Lama and by 1648 the Potrang Karpo, or White Palace, was completed. The Potrang Marpo, or Red Palace, was added between 1690 and 1694. The Potala Palace remained the residence of the Dalai Lama until the 14th Dalai Lama fled to India, after the Chinese invasion in 1959.

One of the most Beautiful Royal Palaces. Built in 1406 to 1420, The Forbidden City was the Chinese imperial palace from the Ming Dynasty to the end of the Qing Dynasty. It is located in the middle of Beijing, China, and now houses the Palace Museum. For almost 500 years, it served as the home of emperors and their households, as well as the ceremonial and political center of Chinese government. The complex consists of 980 buildings and covers 720,000 Squar meter.The palace complex exemplifies traditional Chinese palatial architecture and has influenced cultural and architectural developments in East Asia and elsewhere.