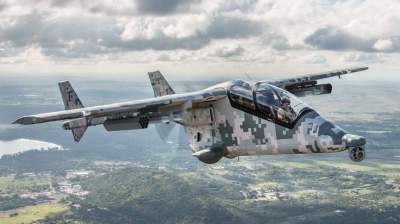 Top 10 Best Airforce In Africa 2018. A sovereign state in order to maintain their sovereignty has to protect themselves from other states which may rise up against them. There are three routes through which a nation can be attacked – land, air and the sea. All these routes have to be guarded at all times by the government of a country in order to prevent a surprise attack from enemy countries. In the military service, the army help guard the land, the navy keeps watch of the sea and the airforce secures the country’s airspace. { Best Airforce In Africa }.

Offenses from both the land and sea have a very minimal impact during a war and the damages done through the land or sea can be easily managed. But one can hardly fathom the damage that can be done a country through its airspace during an attack. The airspace gives the enemy the opportunity to precisely attack and weakens any spot within the country and on a large scale too. Seeing the havoc that can be wrought through the airspace, most countries have started investing heavily in their airforce services to keep it as closely guarded as possible. We have covered some of the countries with the strongest air force in Africa in Africa in this post.

Before you go any further, we’ll like you to note that no government of any country will ever state its true military strength for security purposes. While we have tried every possible means to make this article as accurate as possible, we’ll like you to know that the figures given here are estimates and not actual values.

The Egyptian airspace is one of the most secure airspaces in Africa. It boasts of over a thousand aircrafts from different parts of the world always in the station for offense and defense. Egypt also has a local aircraft manufacturer which helps to supplement its aircraft when the needs arise, no wonder an Israeli once remarked that the Egyptian military airforce has as much strength as the Israeli military air force.

Algeria has really used its relationship with the world superpower to build a strong military airforce for itself. Through it allied ties with Russia, it has been able to purchase 49 MiG-29SMT and 6 MiG-29UBT at an estimated cost of $1.9 billion. From our recent post about the top 10 Most powerful countries in Africa, Algeria spends more annually on its military force than any other country in Africa and it seems to be paying off.

South Africa continues to build a strong military force for itself by investing an estimated $4.96 billion annually into its military force. The country boasts of over 213 military aircrafts to secure its airspace from offenses. Apart from its large airforce base and other sophisticated military equipment, South Africa boasts of over 80,000 active front-lines and 17,000 active reserve personnel all ready for action.

Ethiopia has been working hard to build a stronghold for its population. It invests an estimated budget of $340 annually to support its military force. Ethiopia has a total of 81 military aircrafts to secure its airspace and about 560 tanks for the offense. Ethiopia is a country with more sophisticated military equipment than any other in Africa. It boasts of over 560 tanks and 183 multi-launch rocket system (MLRS), 780 armored vehicles.

Tunisia can be found in the far northern part of Africa and has a population of over 10 million people out of which over 4 million are fit for military services. Tunisia military services boast of over 900 armored fighting vehicles, 350 tanks, 75 helicopters, 139 total aircraft, 12 interceptors, 25 coastal defense aircraft. It spends an estimated $550 million each year to support its military service.

Angola spends more than $3 billion annually to enforce its military strength and this has helped it to create a strong airforce service capable of protecting the country’s airspace from any offense. It boasts of over 270 aircrafts. Apart from its numerous aircrafts, Angola is well known for the modern and sophisticated military equipment that makes it a powerful country in Africa.

Libya the first country to gain her independence is regarded with respect when it comes to talks about military power in Africa. However, with the recent revolution, it seems some are already questioning its position. Libya boasts of 2,500 armored fighting vehicles, 500 tanks, 800 rocket projectors 400 self-propelled guns, 1050 portable AT weapons, over 600 air crafts and 121 helicopters. Libya supports its military force with an estimated annual budget of $880 million.

From the above, It seems a good thing that African countries are now becoming more security conscious and are working hard to secure their airspace. Sure, they still have a lot of work to do in improving their airspace security especially when compared with the world superpower – the US and Russia – but there’s always a starting point and I believe that’s what we’re seeing now.