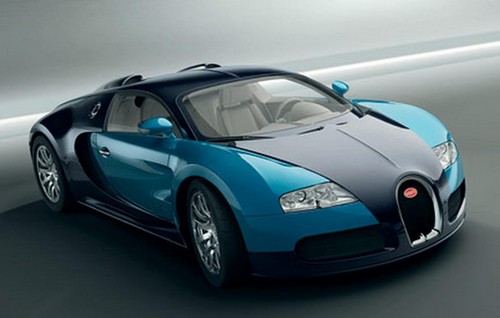 <![CDATA[ <p>The best cars on the world’s market have always held a great fascination for automobile enthusiasts throughout the decades. We spend so much time looking at and drooling over these cars for a number of reasons. For most of us, actually driving these cars (let alone owning them) is nothing more than a beautiful daydream. But that doesn’t mean we can’t spend time looking closely at some of the best and most expensive vehicles in the world and how they’re changing the face of the automobile industry.
Here is the list of the top 10 Best Cars in the world today. The following cars are listed according to their quality, drivability, features, and value—not necessarily on price alone. Because when it comes to the best, price isn’t always the most trustworthy indicator. The Aston Martin Vanquish is a grand tourer that was introduced in 2001 as a successor to the ageing Virage range. The first-generation V12 Vanquish was unveiled at the 2001 Geneva Motor Show. It featured as the official James Bond car in the film Die Another Day. The Vanquish S was unveiled in 2004 with a more powerful engine and improved aerodynamics. The Vanquish S and V12 Vanquish were replaced by the DBS in 2007. In 2012 the Vanquish name was revived for the successor to the DBS. In 2013, Aston Martin reveals 183-mph Vanquish droptop. With a carbon-fiber body and huge 12-cylinder engine, there is no holding back the performance of Aston Martin’s new convertible, the Vanquish Volante. The droptop coupe has a top speed of 183 miles an hour. The SSC Ultimate Aero is an American-built mid-engine sports car by SSC North America. This American car is actually the 3rd fastest street legal car in the world with a top speed of 257 mph and reaching 0-60 mph in 2.7 seconds. It is estimated that only 25 of this exact model will be produced. The Landaulet is the most expensive sedan on the market and it can go from 0-60 mph in 5.2 seconds. It is one the most luxurious cars ever made, this comes with a convertible roof that fully opens at the rear. This Maybach is made especially for CEOs and Executives who have their own personal driver. Named after the company’s founder, Enzo Ferrari, this car is a 12 cylinder mid-engine berlinetta. It was built in 2002 using Formula One technology. The most popular supercar ever built. The Enzo has a top speed of 217 mph and able to go from 0 to 60 mph in 3.4 seconds. Only 400 were produced and it is currently being sold for over $1,000,000 at auctions. The McLaren F1 is a sports car designed and manufactured by McLaren Automotive. The car features numerous proprietary designs and technologies. It is lighter and has a more streamlined structure than many modern sports cars. In 1994, the McLaren F1 was the fastest and most expensive car. Even though it was built more than 15 years ago, it still has an unbelievable top speed of 240 mph and reaching 60 mph in 3.2 seconds. Even today, the McLaren F1 is still top on the list and outperforms other supercars. The Koenigsegg CCXR is a mid-engined roadster from Swedish car manufacturer Koenigsegg. The CCXR is powered by a modified twin-supercharged V8 engine from the CCX, converted to use E85 or E100 ethanol fuel as well as standard 98 octane petrol. Purpose of modification is to make the engine flexible with different fuels.
It achieved top speed of over 400 km/h while running on bio fuels like E85 and E100. CCXR is successor to Koenigsegg’s first hyper car CCX with modified flexfuel engine, capable of burning both of normal gasoline and ethanol fuels. The designer of the CCXR, and founder of Koenigsegg, Christian von Koenigsegg is quoted as saying, “Our engineers couldn’t quite believe the figures when we tested the car”. In March 2009 the CCXR was chosen by Forbes as one of the ten most beautiful cars in history. The Lamborghini Reventón is a mid-engine sports car that debuted at the 2007 Frankfurt Motor Show. It was the most expensive Lamborghini road car until the Lamborghini Veneno was launched, costing two million dollars. Its top speed was recorded in Dubai, UAE at 221 miles per hour (355.7 km/h).
The most powerful and the most expensive Lamborghini ever built is the 2nd on the list. It takes 3.3 seconds to reach 60 mph and it has a top speed of 211 mph. Its rare (limited to 20) and slick design are the reasons why it is expensive and costly to own. It is a car with seating capacity of two persons. It was produced in a limited number totaling around 27 including 7 for museums. The Bugatti Veyron is, by every measure, the world’s most extreme production road car. It’s the quickest to 60, has the highest top speed, and can absolutely dominate a track. The Bugatti Veyron EB 16.4 is a mid-engined grand touring car, designed and developed by the Volkswagen Group and manufactured in Molsheim, France by Bugatti Automobiles S.A.S.
This is by far the most expensive street legal production car available on the market today (the base Veyron costs $1,700,000). Capable of reaching 0-60 mph in 2.5 seconds, the Veyron is the fastest street legal car when tested again on July 10, 2010 with the 2010 Super Sport Version reaching a top speed of 267 mph. On 6 April 2013, Bugatti set the record for the fastest roadster in the world with the Veyron Grand Sport Vitesse, reaching on average a top speed of 408.84 km/h (254.04 mph).