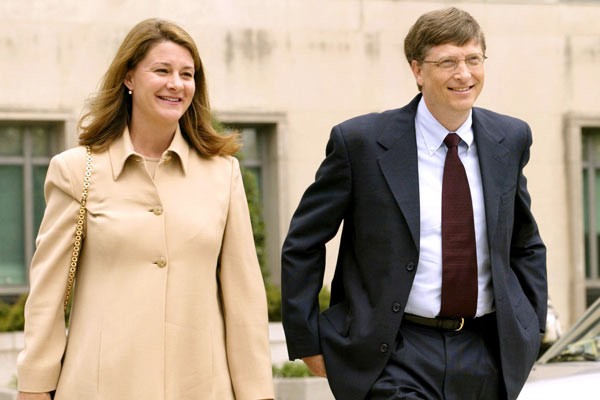 <![CDATA[ <p>Some people are blessed with so much money than they need to their lifetime. In such a situation it is wise to give back to society as a show of appreciation to the Almighty. Some heed to this call but some are so mean that they hardly donate anything to charity. In this article we celebrate those who help the less fortunate in society. Some of these poor people are so hapless that were it not for the efforts of such kind people every day would be a struggle to live and survive. Here are the top 10 most charitable people in the world. George Kaiser is the chairman of BOK financial corporation in Tulsa. He is also the founder of George Kaiser Foundation which primarily strives to provide equal opportunity for young children through investing in early childhood education, social services, health initiatives, religious and community development. Kaiser’s family foundation is the main contributor to the Tulsa Community College, National Energy Policy Institute and Oklahoma City Educare. In 2010, Kaiser joined The Giving Pledge, a commitment to donate half of his wealth to charity. His commitment to charity makes him one of the most charitable people in the world. Founder of The Broad Foundations and the only person to build two fortune companies (KB Home and Sun America) whose main aim is to invest in the advancement of entrepreneurship for the public education, science, and the arts. Both Eli and Edythe Broad Foundation and The Broad Art Foundation aim at improving the community welfare and advancement in entrepreneurship. He has also played a major role in giving back to his home state-Los Angeles through donations to the Los Angeles County Museum Art and Museum of Contemporary Art.

READ ALSO:  My sugar mummy has 10 sex sessions with me daily, stocks my sperm for sale – Teenager reveals Calos Helu is one of the most charitable people in the world. He is one of the richest self-made billionaires in the world, chairman of Grupo Carso and also the founder of Foundation Carlos Slim Helu. His efforts through this foundation include supporting already existing programs in education, health, culture, justice and the social well-being of the people of Mexico. Eradication of extreme poverty hence improving the quality of life of the Mexican population. Slim Helu is also the chairman of the Telmex foundation whose main focus is to improve the quality of life of the Mexican population. It uses technological resources, contributing human and financial resources to equip the Mexican society, and creation of better job opportunities. Best known as the co-founder of Intel, Gordon Moore now focuses most of his time in philanthropy, after his retirement in 2006, he runs The Gordon and Betty Moore Foundation alongside his wife. The foundation main focus is to bring change in environmental conservation, patient care, science and the San Francisco Bay Area. On 29 July 2007, the Gordon and Betty Moore Foundation gave $100 million to launch a nursing school at the University of California, Davis. It has also funded a number of projects that include Thirty Meter Telescope, Community Cyber infrastructure for Advanced Marine Microbial Ecology Research and analysis, just to name a few. Cofounded Al Rajhi bank alongside his three brothers. He is also the Founder of Sulaiman Bin Abdul Aziz Rahji Charitable Foundation which supports education, healthcare, religious, social and community-related causes within Saudi Arabia. The Foundation supports ongoing projects and programs that are also managed by nonprofit organizations including the Arab Institute for Arabic Language, Sheikh Sulaiman bin Abdul Aziz Al Rajhi Mosque in Riyadh city and many others. He has also pledged to donate most of his fortune to charity. He is therefore one of the most charitable people in the world.

READ ALSO:  10 Most Expensive Mobile Phones in the World Founder of The Atlantic Philanthropies, Charles Feeney is one person who has been recognized for giving away almost his entire wealth. Chairman of Indian consulting and IT company Wipro, founder and chairman of the Azim Premji Foundation which focuses on improving the quality and equity of school education in India.

The organization has introduced a number of initiatives which provides computer training in different languages, also the Azim Premji University, that offer alternative models for educational change.
He is the first Indian to have joined the Giving Pledge. Founder and chairman of Open Society, a network of foundations which gives primarily to healthcare, economic, education, and social reforms.

George Soros first began his philanthropy acts by giving scholarships to black South Africans under apartheid. He wants to eradicate extreme poverty in Africa having active programs around the world.
The Open Society focuses mainly on human rights. The chairman and CEO of holding company Berkshire Hathaway, one of the richest man in the world, and the most charitable.

He was impressed with the progress that Gates had and he later pledge to give away 99% of his wealth to charitable causes where 83% will be to the Bill & Melinda Gates Foundation and the rest to the foundations of his children.

In 2011, also joined the Giving Pledge, a commitment to giving a large percentage of your fortune to charitable causes. Best known as the co-founder of Microsoft, also a co-founder of Bill & Melinda Gates Foundation which is the largest philanthropic organization in the world alongside his wife.

The Foundation is committed to the eradication of malaria and polio, controlling the spread of tuberculosis and HIV, sanitation, agriculture development, and education.

The foundation has funded a number of organizations namely; Rotary Foundation; UNICEF; The Global Fund to Fight AIDS, Tuberculosis, and Malaria; the World Health Organization, many others.

Top 10 Most Charitable People in the World