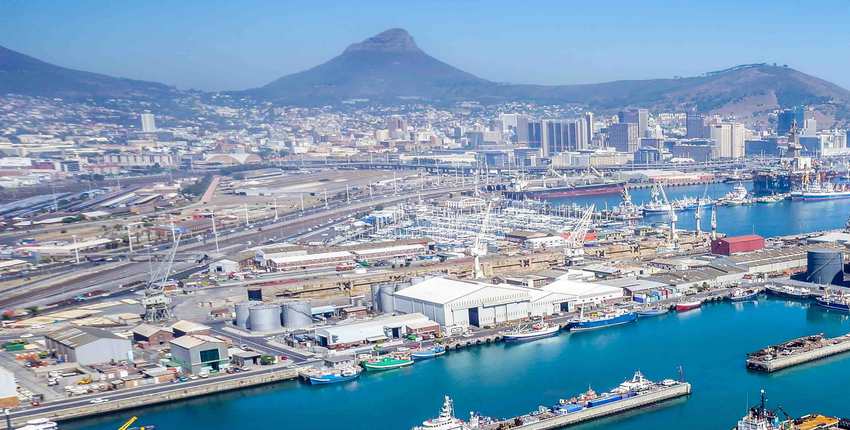 Top 10 Cheapest African Countries to Live or Retire – If you are planning on moving to one of the countries in Africa, this list should make your pick easier. It provides you with the top ten countries to live or retire in the continent.

Have you been thinking of making a move to Africa for business, family, or for leisure?

Using four key affordability metrics, GoBankingRates has tiered cheapest nations across the world. Here are the top ten African nations you should consider to live or retire:

According to data, South Africa has one of the most beautiful cities in the world, Cape Town, leave alone Africa. The country has scooped several prestigious international travel awards due to the city which nestled between the ocean and the mountains, giving it a great mix of work and play.

Along with the aesthetic backdrop, South Africa still remains the cheapest country to live in Africa as well as in the world. Being the world’s largest producer of gold, platinum, and chromium, the country has a rich economy. This results in a high local purchasing power compared to New York’s, thus placing the country at No.1.

Additionally, South Africa offers lower prices on consumer goods and groceries, as well as rent. With one-bedroom in Durban going for around $280 a month and monthly expenses of just under $400, this is an ideal country to spend time with minimal cost implications on your budget.

For the past ten years, Zambia economy has been growing fast with real GDP growth averaging roughly 6.7 percent per annum. The growth, however, slowed down (growing at about 3%) in 2015 due to falling copper prices, reduced power generation, and depreciation of the Kwacha. Zambia’s currency, the kwacha, also depreciated sharply against the dollar through 2015, before the central bank restricted lending.

Compared to many countries in Africa, Zambia has the highest rent. Yet, it is one of the cheapest countries to live thanks to its high local purchasing power.

These Are The Five Drunkest Countries in Africa

Nigeria tops the list of Africa’s heaviest drinkers which is contributed by their tradition of drinking palm wine. Three East African Nations; Uganda,…

Algeria has a number of natural resources; the country is ranked 10th in the world in terms of natural gas reserves, and sixth- largest gas exporter. It ranks 16th in oil reserves.

READ ALSO:  Africa’s dependency on trade with Europe is declining

Even in the modern day world, Algeria’s economy remains dominated by the state, a move that was taken in the country’s socialist post-independence development model.

The major contributor of foreign earnings is Hydrocarbons which accounts for about 60 percent of budget revenues, 30% of GDP, and over 95% of export earnings.

The coastal nation in North Africa borders the Mediterranean Sea, Algeria, and Libya. It is inhabited by about 11 million people.

Over the years Tunisia’s diverse, market-oriented economy has long been cited as a success story in Africa. Since the 1960s, the country has been implementing successful strategies focused on bolstering exports, foreign investment, and tourism, all of which have become central to the country’s economy.

The country offers low cost of living, cheaper rent and consumer goods making it a relatively cheaper country to live.

The Nile bisects Egypt, leaving a part of the country, fertile Nile valley, lush with most economic activities. After President Gamal Abdel NASSER, the country decentralized its economy opening it up for investment and business.

Placed on the northeast corner of the African continent, Egypt has been experiencing public revolts due to uncertain political, security, and policy environment since 2011. Consequently, this slowed the economy, hurting tourism, manufacturing, and other sectors and pushing up unemployment.

With its historic sceneries, Egypt has been able to sustain its large population of 88.5 million through tourism which is the biggest industry in the country. Egypt is also known for textiles and food processing industries.

Consumer goods and rent are cheaper in Egypt; a one-bedroom in Cairo costs just $350 a month.

The Most Livable Cities in Africa

Despite the stereotype impression people have about Africa, as a place of wars, famine and underdevelopment, it will surprise some that Africa has som…

Also in North Africa like Tunisia and Algeria, Morocco is just across the Strait of Gibraltar, Spain. The country is occupied by a population of 33.3 million. Its main industries being aerospace, phosphate mining, and processing, and manufacturing automotive parts.

One thing that Morocco does very well, is capitalizing on its proximity to Europe. Its economy is also driven by agriculture, tourism, textiles, apparel, and subcomponents.

Moreover, the country has invested in its port, transportation, and industrial infrastructure to position itself as a center and broker for business throughout Africa. This is clearly demonstrated by a new port and free trade zone near Tangier which are improving Morocco’s competitiveness.

In a bid to support its growing economy, the country seeks to expand its renewable energy capacity with a goal of making renewable more than 50 percent of installed electricity generation capacity by 2030.

To live in the Capital of Rabat, one needs monthly expenses of about $750.

Namibia is highly dependent on the extraction and processing of minerals for export. Mining accounts for 11.5 percent of GDP, providing more than 50 percent of foreign exchange earnings. With its rich diamond deposits, Namibia produces gem-quality diamonds which contributes to the country’s foreign exchange.

Apart from that, Namibia is the world’s fifth-largest producer of uranium, it also produces large quantities of zinc and is a smaller producer of gold and copper.

With about $120, one can get an average apartment with basic utilities like water and electricity.

With the growing economy, Kenya’s Nairobi is becoming a city for multinational companies seeking a foothold for their African operations. Almost as sophisticated as the South African cities, Nairobi offers its visitors a “kinder and gentler” atmosphere.

For the last seven years, Kenya’s real GDP growth has averaged over 5 percent. Since 2014 Kenya has been ranked as a lower-middle-income country because its per capita GDP crossed a World Bank threshold.

Agriculture, the backbone of the Kenyan economy contributes about 25 percent of GDP. More than 70 percent of the country’s population (42 million) work at least part-time in the agricultural sector, including livestock and pastoral activities. Tourism also contributes heavily to Kenya’s economy.

Although there is tension due to the upcoming elections, the Kenyan government is generally seen as stable.

Transport within the city may prove challenging due to congestion, but with other transport options like the mini-bus commonly known as a matatu, and boda-boda motorcycle taxi, one can enjoy a different mode of transport.

A variety of apartments within the city and the suburbs are affordable and often with some land for your kitchen or flower garden.

The contraction period in Zimbabwe between 1998 to 2008, helped the country’s economy which recorded real growth of more than 10 percent per year in the period 2010-13. Due to poor harvests, low diamond revenues, and decreased investment, the growth dropped to merely 3 percent in 2014 and has continued to decline ever since.

To counter the economic melt-down, the Reserve Bank of Zimbabwe (RBZ) introduced bond coins denominated in 1, 5, 10, and 25 cent increments on a par with the US dollar in December 2014, more than five years after the Zimbabwe dollar was taken out of circulation. In the following years, the country introduced the Indian rupee, Australian dollar, and Japanese yen as legal tender.

Even with the economic challenges, Zimbabwe still remains one of the top ten countries in Africa that are affordable enough. With about $135 per month, an individual can get an apartment with average utilities covered for.

For more than a decade now, Ethiopia has grown at a rate of 8-11 percent, making it the fifth-fastest growing economy among the 188 IMF member countries.

The growth is majorly contributed by the country’s agriculture (which employs about 80 percent of Ethiopians) and service sectors. Despite the high growth rate, the country is still struggling with poverty due to rapid population growth and drought.

Ethiopia’s service industry led by Ethiopian airlines contributes to the country’s export earnings. Coffee remains the largest foreign exchange earner, but lately, the country is diversifying its exports and commodities such as gold, sesame, khat, livestock and horticulture products.

Ethiopia remains a one-party state with a planned economy. In the fall of 2015, the government finalized and published the current 2016-2020 five-year plan, known as the Growth and Transformation Plan (GTP II). GTP II emphasizes developing manufactures in sectors where Ethiopia has a comparative advantage in exporting, including textiles and garments, leather goods, and processed agricultural products. New infrastructure projects are to include power production and distribution, roads, rails, airports and industrial parks.

Rent costs about $45 a month. Food and other amenities are also affordable for anyone who wants to live in the country.

Data and report sourced from: The World Factbook