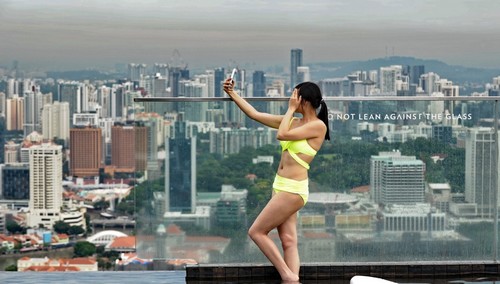 <![CDATA[ <p>Scary as it might sound folks, we are sorry to burst your bubble, Trump has a chance of winning– and by chance we mean a “good” chance of winning. We have already told you of a few reasons. Now if you are seriously considering him to be a problem and you do not want to refer to him as your President for the next five years- you might consider moving! Below is a carefully compiled list of the best countries to move to if Trump becomes President. It has been named as a country with most progressive views regarding women and also as the best place to be a woman. A generous 15% of the whole population consists of expatriates. Trump has had a history of messing up with women so here we go, here’s your chance ladies! We decided to surprise you with this choice. This aims for the older people though because the cost of living in Ecuador is around 2000 USD per month. Many expats say they want to be there “forever” and the general satisfaction level is high. People are pleased with their lives. There is plenty of room in life to socialize and make friends. You don’t need to be a money making machine all year round to vacation for 20 days. Ecuador offers you a better life than that. Move to Canada has been the most popular search this election season amongst Americans according to Google. All credit goes to Trump! Though it has been a habit to threaten with “moving to Canada” if your person doesn’t get elected- only this time people are seriously considering it. It has a friendly and open immigration policy. The world hates Americans. Admit it. So expats will be in great need of making new friends if they decide to move abroad. Consider Ireland because it will actually welcome you. Becoming Irish citizens is also relatively easy. To top it all, you have three months to find a job and start the process of immigration if you are a US citizen. Taxes are high though there are plenty of opportunities for skilled workers. Germany is lively. It is inexpensive. The quality of life is high. Period. We understand if some of you haven’t even heard of it because it does not come up in conversations that often, but unlike other regions of the Persian Gulf, Bahrain is not a bubble. It doesn’t rely on oil as a major source of income and has invested heavily in tourism and business. Many expats have reported “greater savings than home” while being here. Despite being economically sound, people tend to live in Luxembourg only for a couple of years before they decide to move somewhere else. That is primarily because they become money making machines like almost everyone and have struggle making friends. Besides that, it is a major financial capital of Europe so you could get some good opportunities here.

Surprised? Yea many people are surprised when we suggest Singapore. The island might be small but the opportunities are big. Many people report a boost in general quality of life. The salaries are attractive but the education is expensive. Yet, it ranks high amongst places that are good for raising children abroad. Well if you don’t want to go all the way to the other side of the world- not that Trump doesn’t scare you that much- you could consider a country right across the Atlantic. The Alps, the chocolate and the natural picturesque beauty are printable features of this country but besides that the economics is quite good. Expats have reported earnings of up to 200,000 Dollars a year. This makes to the top of our list for obvious reasons. Did you like the backdrop scenery in The Lord of the Rings? The pretty village where the hobbits lived? Yea- that is New Zealand! Besides the scenery, the crime rate is very low and they say that it is the best place to raise good, confident and self-sufficient children. Income rates might be low but government policies render the quality of life to be high AND there is no racial discrimination- minorities… behold!!!

The ultimate decision will be based on Trump “actually” becoming president. Moreover, there is economics, employment opportunity for your skills, general atmosphere, racial discrimination and other social factors to consider to.

]]>
Get More Customers and Grow Your Business. Advertise Your Business for Free on Ghana Businesss 🙂
READ ALSO:  The Top 10 Most Expensive Schools in the World