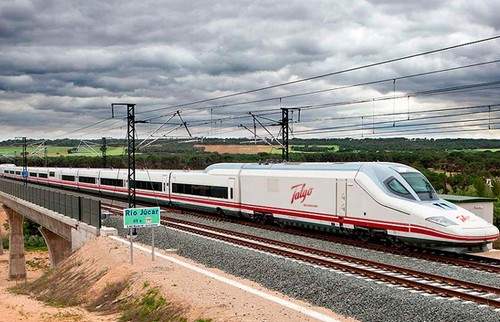 <![CDATA[ <p>Time is the most precious thing we have, once gone it never comes back. To save it, humans made many revolutionary discoveries and invented many gadgets and machines. Traveling was made easy to save time. It helped us and still helping to accomodate with better opportunities. From bullock carts to horses, then cycles to motor cycles and now high speed cars, they all have had a great impact in our lives. Now, without the means of transport, with distances to big, it’s imperative for people to seek the refuge to their respective vehicles to reach the destination of their will within the given time. Aeroplanes, trains and buses too came into existence for the same reason to savage moments, which result in elongating your life sans them from being wasted. Ships and boats also were designed to shorten the trips and distances. They even advanced into being the fastest one. Ocean to oceans, humans have made it possible. Luxury yatchs and ships have been tililating people since many decades. They accomplish the fast moving with all facilities. Though, expensive, but worth the money. Bullet train ia again one machine of transportation, which is second fastest means of travel in the world after planes. India with the help of Japan will get its first bullet train between the pathway of Mumbai-Ahamdabad. For the same, prime minister of Japan has lend his support and signed an agreement with India. As per that, they will be providing India a loan of whooping Rs 98000 crore inheriting the technology of making. The work for the same will kick off from year 2017. This way our country too would become amongst a few nations boasting of such machinery. This high speed bullet train belongs to Taiwan. The train was manufactured by Japan in 2007 and was made to run between Taipei and Kosyung. It runs at a speed of 300 km/hr and has curtailed a big time consuming journey to mere 90 minutes. It has made a huge difference for the folks travelling one place to another lieng between the above mentioned cities. It takes almost 4:30 hours otherwise when traveled through a car. This high speed train is a collaborative effort by companies like Kawasaki, Hitachi, and Nippon Sharayo . 30 Trains were manufactured under the pact and $ 3.4 billion was spent for the project. The best part of the train is that it takes mere 15 minutes to touch its top speed. This train has a potential to run 60 km/hr faster than THSR 700 T of Taiwan, but usually it travels with 300km/hr. For the first time it was run between Rome to Milan, covering a route of 460 Km in a record timf or 2 hours 40 minutes. Since then, 28 such trains commute on this pathway daily. These trains are well developed keeping in mind all the luxuries with climate control, sound insulation and argonomic seats. It makes the travel even more better for commuters. The trains posess 4 special cabins in them; Standard Class, Platinum Class, Business Class and Executive Class. All the cabins are sound proof and are coupled with facility of free wi-fi. This train is operated by NSCF railway company. The trains were manufactured between the time period of 1996 and 2004. The train came on the track in the year 2011. The train runs with a maximum speed of 300-320 km. At a time almost 508 passengers can travel through it, by sitting on upper and lower birth. For the time being, these high speed trains are running at 230 places in France. Precisely, they commute between Paris and Masiley. This is a big bullet train to begin with. At a time 1020 people can travel to their desired destination by placing themselves into this mammoth traveling machine. It commutes countries to countries, which is why the reason, so many passengers travel by it. This bullet train takes people to many Europian countries like France, Switzerland Luxemburg and Germany. This is the third upgraded version of TGV double decker. It is operated by NSCF and run with similar speed as it’s predecessor. One can acknowledge the time and distance through skin attached with its cabin. This E5 series train is one of the fastest trains in Japan currently. In Japanese Shinkasen means bullet train. During the trial of the train meted out a whopping speed of 400km/pr. However, it runs with a speed of 300km/hr on theline of Tohoko Shinkasen. This is a product by Hitachi and Kawasaki Heavy Industry. The front part of the train is made in aerodynamic design, which helps it in a better run and gives extra leverage above other trains in the world. It’s 15 meter long. To prevent any sort of jerk during travel, bogeys of the train are constructed in plain form. Air spring has been used in it which devoid any jolt occured due to the pressure exerted by air while moving. The best part about the train is it’s kind of risk free. It has an automatic system, which takes resposnibility during any mistake committed by the driver and hence lowers down any possibility of accident. This train travels in Spain between the pathway of Madrid-Barcelona lines. 46 such trains are lending their services in the country. The front look of the trains resemble of some duck’s beak, quite long. Top speed of the train is 350km/hr. Such trains boast of 2 driving cabin and 12 passenger cabins. The afore part of the train is designed to handle the air pressure. It offers four kinds of seating facilities, namely; club class, bistro class, first class and coach class. Each seat of the train has a audio-video screen that makes traveling more fun and enriching. One can catch the real time information by looking at the screen attached to cabins’ doors and seats. This is currently one of the fastest running bullet trains in the world. Maximum speed of the train is 403.7km/hr, but taking up the cautious measures it is run at 350 km/hr. The train which dwells between Barcelona-Madrid was ordered by Spanish railway network in the year 2011. It takes mere 2:30 hours to cover a distance of 504 km. It has 8 passenger cabins in which 404 people can travel at a time. This tain broke all the records of speed by travelling at an unprecendented motion of 574km/hr during the trial in 2007. For now, it travels with a speed of 360 km/hr. It was manufactured by French company Alstom. The train run in the pathway of Napoli-Roma-friange-Bologra-Milano. In the year 2008, NTV company of Italy bought 25 AGV trains for Euro 650 million.The distance of Napoli from Rome is 189.7 km, which takes mere or even less than and hour to complete for this train. The best part about the train is that it is made up of such material, that its 98 percent can be recycled, making it accomodating for our environment. This is the second fastest train in the world which and it runs in China. During the trial it created a record by running at a speed of 416.6 km/hr. CRH 380 A for the first time was operated in the year 2010. This train dwells between two of the biggest cities of China, Shanghai and Beijing. The train is manufactured by CSR Locomotive and Rolling Stock companies. It is made up of light weight aluminium metal. It’s front part looks like a fish. 494 passengers can travel trhough it with the vibration free technology it inherits. Each passenger can avail the facilities of reading lamp, power port and electronic display.

READ ALSO:  Why Bill Gates, Tim Cook, and Marc Benioff Are Among the World's 50 Greatest Leaders This is the world’s most fastest train. A revolution in itself. Magnifying the reaal meaning of bullet. It’s maximum speed is 430 km/hr and average speed is 250km/hr. The train opened for public use in the year 2004. The train is operated by Shanghai Maglev Development Co-operation. This was manufactured by Taisen and Siemens. At a time 574 passengers can travel throug it. But the price of ticket is matter of concern for many which ranges from $ 8 to $ 16.
Source – Patrika.com

Bullet trains have really speeded up the transport system in the world running on the earth. They have become second fastest passenger carrier after aeroplanes. Reaching one place to the other without having to disturb environment or making it dirty, it’s a best way for people to visit destinations they want to go.

I am freelance content writer love to write on Cars, Travelling, Social media, Gadgets, Technologies, sports, etc. As well as being passionate about Technologies, I recognize the need for well written content, and pride myself on producing posts that are well formatted, and really go the extra mile.