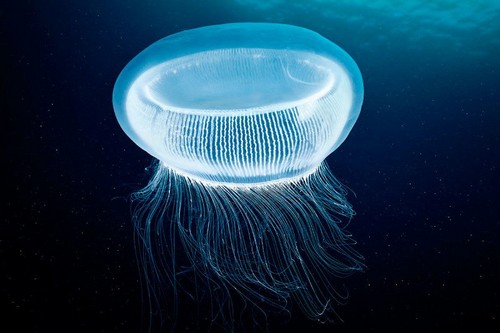 <![CDATA[ <p>A range of perturbations from a diverse school of thoughts is often evinced by the advancements of technology. Some have been made to believe that technology is a 21st-century imp that is rapidly trivializing our humanity while others have held a positive view of it as a way of bringing the world closer together.

Ever imagined of the future? Do you believe humanity will be acquiring all the right technologies for all the wrong reasons? Well, I believe in the art that challenges technology and technology that inspires the art. Ideally, the exponential increases in humanity’s technological capacities will radically metamorphose the future into a utopia or dystopia state. Only time will tell.

10. Perfect memory cameras to go ‘back in time.’

Shortly, we will be able to retroactively capture the missed moments just by the tap of a pocket-size 12-megapixel wearable device. How? The camera is at a continuous recording in its auto edit mode, therefore saving the footage from a set duration of time. The brainy idea developed by New York-based General streaming systems will also be capable of shooting a time-lapse photography.

It will be able to use Wi-Fi to wirelessly connect with a smartphone through the app to live-stream videos and photos. With this kind of technology, murder Crimes will be solved easily, and you won’t ever miss that magical moment your baby learned to call you ‘mom’ or ‘dad’!

The prototype device uses a band of electromagnetic radiation between microwaves and infrared light known as ‘Terahertz radiation.’ The T-rays will make it possible to read closed books, identify letters printed on stacks of paper up to nine sheets thick since they can be able to distinguish between ink and blank paper in a way that x-rays cannot.

This technology will greatly help researchers scan ancient books that may be too fragile to open and also lead to the creation of office machines that can scan reams of papers at once!

8. Handheld device to determine if the fruit is ripe

Ever bought fruit from your local fruit vendor especially an Apple thinking that it was ripe enough for your demanding appetite only to find out that it wasn’t ripe? Well, worry no more. Thank technology and more so M.I.T brains for curbing this common consumer problem. The device uses Ultra violet light to measure the glow of chlorophyll in the fruits skin. The dimmer the glow from the chlorophyll, the riper the fruit is as chlorophyll breaks down into other chemicals over time.

The device will help farmers decide the best time to harvest their crops and also assist Apple distributors who rely on guess works to decide where to send their stock as the ripest apples have to go to places where they are likely to sell out quickly.

Inspired by two of his friends who loved to dance, Lieberman crafted the first version of ‘slow dance’ as their wedding gifts. The wooden frame measuring 12.5 inches wide by 14.5 inches high, uses Strobe lights that blink at a rate that’s too fast for the human eye to register. The pulsing lights flicker on and off 80 times per second and are synced to vibrations that animate whatever object is suspended within the frame. While the light pulses are too fast to see, they combine with the high-speed vibration to imperceptibly vary the sequence of moving images, changing how they reach the eye and creating an illusion of movement that seems to be happening more slowly than normal.

According to Liebermann, the piece is a metaphor for all the unseen aspects of reality and is a constant reminder of things beyond what we see with our senses. The product is expected to ship in 2017!

6. Detection of sarcasm by the computers

Machines undergo a tougher time distinguishing sarcasm instinctively since they are typically programmed to read texts and access images based strictly on what they see. Computer Scientists have started to create a sarcasm-detection engine to teach computers that humans do not always mean what they say. This will help marketers tell whether one is praising or mocking their products and adjust their messages to sell you more stuff. Savvier computers could also help law enforcement agencies distinguish legitimate threats from those that exaggerate or poke fun at serious topics, such as Twitter, Instagram and Tumblr posts that use images.

It might even help automated customer service systems figure out whether you are upset and route you to a real person or allow politicians to sense whether their messages are resonating with voters.

5. Use of squids to self-fix clothes One day, we will wear clothes that can fix their rips with the help of coatings made of squid proteins as per the new study. Importantly, damage to items such as hazmat suits or biomedical implants can be a matter of life and death. Scientists are undergoing sleepless nights to come up with self-repairing films that could boost the life times of these types of products. Although the previous self-repairing films worked quickly, they were cracking under warm, dry conditions and a more versatile material had to be implemented for use. Proteins from squid ring teeth were found to be moviegoer and elastic under both wet and dry conditions.

READ ALSO:  10 Countries with Strongest Armies in the World

Scientists developed a coating that contained the squid ring-teeth proteins such that when the fabric is soaked in water, the proteins diffuse towards the holes and tears in the coating, linking segments of coating and fabric together to make repairs. However, there is still a lot to be done before self-repairing clothes appear in our local stores as the cost of the material is still an issue and how to scale up manufacturing process to meet anticipated commercial needs.

Repurposing the fluorescent proteins that have revolutionized biomedical imaging and in completely inside cells, scientists can create polariton lasers that operate at room temperatures powered by nanosecond pulses, hence making these lasers of greater significance. According to researchers, the Creation of Jellyfish lasers has represented a breakthrough in Polariton lasers. These lasers have been claimed to possess the potential to be far more efficient and compact than conventional ones and could pave the way for further research in Quantum physics and optical computing.

Ideally, the fluorescent proteins which are used as markers in living cells have been explored to be used as materials for their molecular structures favors for the operation under high brightness a factor that makes it easier to turn them into lasers.

According to LiveScience, the much-anticipated quantum computing technology will help scientists to run complex simulations and produce rapid solutions to tricky calculations. It is suggested that quantum computers can simultaneously perform more calculations in one instant than there are atoms in the universe! They represent data as ‘qubits’ that are in superposition (simultaneously on and off) enabling it to perform two calculations simultaneously. This means that it will be easier to break encryptions that would have taken regular computers longer than the lifetime to crack. Are you a movie goer? Tired of the cumbersome 3D glasses? Worry no more. A team of research scientists among them Max Planck have suggested that it will be possible to achieve a 3D content without using glasses via a careful design of optical elements. They have developed a simple cinema 3D prototype that could support a 200-pixel image. In experiments, volunteer viewers could see 3D versions of pixelated figures from a number of different seats in a small theater. Additionally, the scientists reasoned out that images would need to be displayed on a relatively tiny set of viewing positions at each theater seat.

READ ALSO:  Top 10 Most Charitable People in the World

However, Wojciech Matusik, an associate professor of Electrical Engineering and computer science at M.I.T believes that the existing approaches to glasses-free 3D require screens whose resolution requirements are so enormous that they are incompletely impractical. This is due to the fact that, glasses-free 3D methods will often use a series of slits known as parallax barriers placed in front of the screen. The slits allow each eye to see a different set of pixels, creating the illusion of depth. These barriers to work, a set distance has to be set up from the viewers. It, therefore, renders it difficult to be implemented in larger spaces such as theaters, where people can sit at a variety of distances and angles from the screen.

The first test flight of a solar-powered internet drone-Aquila was recently completed with the drone promising to broaden the scope of internet connectivity around the globe. According to Jay Parikh, global head of engineering and infrastructure at Facebook, there is a potential to bring access, voice and opportunity to billions of people around the world in a faster and more cost- effective way.

Aquila will be able to circle a region measuring up to 60 miles (96.6 kilometers) in diameter while using laser communications and millimeter wave systems to convey connectivity down from an altitude of at least 60,000 feet (18288 meters). According to Parikh, Aquila is designed to be hyper-efficient so it can fly for up to three months at a time. It also has the wingspan of an airliner, but at cruising speed, it will consume only 5,000 watts-the same amount as three hair dryers, or a high-end microwave.