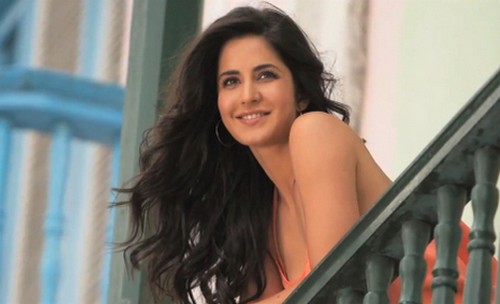 <![CDATA[ <p>Bollywood is considered to be the world biggest movies industry. We have seen some remarkable performances by B town actors in their movies. Industry which is dominated by men we have seen some outstanding actresses as well. People are love to watch them in the movies. Their hot and bold characters always entertain audience  We compiled this list of Bollywood Top 10 Hottest Actresses of Bollywood.

Take a Cool look at Top 10 Hottest Actresses of Bollywood

Born in a Jat Family on 30 August 1976 in Jodhpur, India. Chitragand Singh best known for starring in Hazaaron Khwaishen Aisi (2005) and for her first mainstream commercial film, Desi Boyz (2011). “You have outdone Smita Patil,” said Shekhar Kapur, when he saw Chitrangda Singh’s performance in her debut movie Hazaaron Khwaishein Aisi. And he is not the only one. Time and again Chitrangda has been compared to the legendary Smita Patil.

READ ALSO:  If You Want Success, Get Impatient!

Sri Lankan beauty Jacqueline Fernandez, born on 2 June 1985 is a former model and beauty queen who won Miss Sri Lanka Universe in 2006. She has received an International Indian Film Academy Award for Best Female Debut and Stardust Award for Lux Exciting New Face in 2010, for her role in Aladin. In 2012 she gave 2 major hits, namely Murder 2 and Housefull 2. In 2013 she got fame another hit Race 2.

Fakhri was born in Queens, New York on October 20, 1979, to a Czech mother and a Pakistani father. Fakhri appeared on America’s Next Top Model Cycles 2 and 3 in 2004. She posed for the 2009 Kingfisher Swimsuit Calendar. In 2011, she made her feature film debut in the Bollywood film, Rockstar released on November 2011. She is currently signed on for a three film contract with Akshay Kumar’s Hari Om Productions.

Basu was born on 7 January 1979 to a Bengali family in Delhi. She debuted in a negative role in Ajnabee (2001) which earned her the Filmfare Award for Best Female Debut. She is perhaps the most fittest actress in Bollywood. She has released numerous DVDs on fitness. She is renowned for her item songs like “Phoonk De” in No Smoking (2007), and “Beedi” and “Namak Ishq Ka” in Omkara (2006) amongst others. Basu is slated to make her international film debut with the 2013 Australian film Singularity.

Former model and actress Anushka born on 1 May 1988, she debuted opposite SRK in Rab Ne Bana Di Jodi (2008). In 2012, again she act with Bollywood’s King, SRK in Jab Tak Hai Jaan. The film was a blockbuster. Her performance was widely hailed by critics and she outshone her fellow co-star, Katrina Kaif. She is known for portraying young, energetic characters, which go well with her age.

READ ALSO:  The Most Dangerous Countries to Travel to in 2018

The hottest most telented model and actress Deepika Padukone is at number 4. Born to badminton player Prakash Padukone on 5 January 1986, she chose to become an actress. She made her acting debut in 2006 and got huge fame after Om Shanti Om. She was noted for portraying modern, independent women in several commercially successful films, including Love Aaj Kal, Housefull, Cocktail and Race 2 her performance in the latter earned her unanimous critical appreciation and Best Actress nominations at several award ceremonies.

Born into a film family in Mumbai on 21 September 1980, She made her Bollywood debut in 2000 war drama Refugee. She mostly in the list of the top ten actress. In 2012 she married to B’wood star Saif Ali Khan, and gave 2 major hits. She starred with Aamir Khan in the movie, Talaash. She performed an item song in Salman Khan’s film, Dabbang 2. The song, “Fevicol Se” was a huge hit and is featured regularly on all music channels.

One of the most beautiful actress of all time, Katrina Kaif born on 16 July 1984, in Hong Kong to an Kashmiri Indian father and an English mother. She made her acting debut in 2003 Boom. She earned commercial success with Namastey London and later earned public recognition for playing glamorous roles in such male-centric films as Partner (2007), Race (2007) and Singh Is King (2008),New York (2009), Rajneeti (2010), Zindagi Na Milegi Dobara (2011), and Ek Tha Tiger (2012, the second highest-grossing Bollywood film) and Jab Tak Hai Jaan alongside Shah Rukh Khan. She is set to appear in two high-profile productions; Vijay Krishna Acharya’s adventure film Dhoom 3 and Uday Chopra and Siddharth Anand’s Bang Bang.

The former Miss India and Miss World ,the actress, singer and songwriter Priyanka Chopra (PC), born on 18 July 1982, in Jamshedpur, Bihar. She made her acting debut in 2002 with the box office super hit Andaaz opposite Akshay Kumar. In 2012, her films Barfi and Agneepath were super hits, and her acting was hailed by critics. She was given the “Hottest Girl of the year” title by Maxim.