Top 10 Most Powerful Countries In Africa,In this article, we have given you a list of the top 10 Most powerful countries in Africa. These countries possess some of the best military equipment such in Africa and in larger quantities too.

Military Strength is necessary for any nation not only to maintain peace within its boundaries but also to maintain its sovereignty as an independent state. The strength of a country’s military determines its ability to defend itself against offense from external sources. This, in turn, assures the citizens that they are always safe within the country. Top 10 Most Powerful Countries In Africa

Top 10 Most Powerful Countries In Africa

1. Egypt
Egypt is one of the most powerful countries in Africa.  Located in North Africa, Egypt boasts of a population of over 90 million citizens. Around 35 million out of the total population are qualified for military service and each year over a million of the population crosses into the military service age. Even though the country has been undergoing a major political crisis in the recent past, it still remains the superpower of Africa. Egypt has an estimated number of 1,100 aircrafts (245 helicopters, 343 fighters, 390 trainer aircraft), 28 mine warfare and 84 serviceable airports, with almost 5000 tanks including armored fighting tanks, towed artilleries, and self-propelled guns. The country budgets around $4 billion annually for military use.

2. Algeria
Algeria, the 33rd most populated country in the world with a population of over 30 million people is regarded as the second most powerful country in Africa. The country’s military which is largely financed by its largest oil company posses some of the latest military equipment in Africa. Algeria military service boasts of over a thousand tanks, 1800 armored fighting vehicles, 118 helicopters, 6 submarines and over 400 aircrafts all coming from its rich allies with China and Russia – its arms furnisher. Algeria pumps in an estimated fund of $10 billion dollars annually into its military service.

3. Ethiopia
Though relatively not very popular, Ethiopia has been working behind the scenes and building a stronghold for itself. Ethiopia with a population of over 90 million out of which over 20 million are fit for military service is one of the most powerful countries in Africa. Ethiopia has over 560 tanks and 183 multi-launch rocket system (MLRS), 780 armored vehicles, 81 air crafts and 39 helicopters to hover around any country plotting any form of invasion. Ethiopia supports its military force with an estimated annual budget of $340 million.

4. South Africa
South Africa located at the rear of the African continent has what it takes to be in a list of the most powerful countries in Africa. It boasts of over 80,000 active front-lines and 17,000 active reserve personnel and with more than 191 tanks 118 self-propelled guns, 240 rocket projectors, 1430 armored fighting vehicles, 213 total number of air crafts,4 frigates and 3 submarines military equipment. South Africa continues to uphold its military service with an estimated annual budget of $4.6 billion. Top 10 Most Powerful Countries In Africa

5.Nigeria
Nigeria with a staggering population of over 170 million people is regarded as the giant of Africa. With over 680 towed artillery 363 tanks, and more than 1,400 armored fighting vehicles, Nigeria certainly is a force to be reckoned with. Nigeria has 51 coastal defense Crafts and 36 helicopters, 96 total air crafts and 2 mine warfare. The country continues to keep its military service afloat with an estimated annual budget of $2.3 billion.

6. Kenya
A home to more than 41 million people really needs to be kept as safe as possible and that’s what the Republic of Kenya has been doing, building a strong military force to protect its large population. The Kenyan military boasts of over 2000 armored fighting vehicles, 186 tanks, 66 helicopters, 134 total air crafts, 14 coastal defense crafts. It maintains all of these with an estimated annual budget of $5 billion.

7. Morocco
Morocco is one of the most powerful countries in Northern Africa and with a population of over 33 million people, it has every reason to keep its military force buoyant. Morocco has 1,348 tanks, 323 total aircraft, 139 helicopters, 2,120 armored fighting vehicles, 70 coastal defense craft. The country spends over $3 billion each year to support its military service.

8. Tunisia
Tunisia can be found in the far northern part of Africa and has a population of over 10 million people out of which over 4 million are fit for military services. Tunisia military services boast of over 900 armored fighting vehicles, 350 tanks, 75 helicopters, 139 total aircraft, 12 interceptors, 25 coastal defense aircraft. It spends an estimated $550 million each year to support its military service.

9. Angola
Angola, the 7th largest country in Africa is located in the southern part of Africa. It boasts of over 100,000 active military personnel and over 298 towed artillery, 140 tanks, 270 total number of aircraft, 980 armored fighting vehicles, 98 helicopters with, 15 attack helicopters, 82 interceptors in equipment. Angola maintains its superpower force with an estimated budget of $4 billion. Top 10 Most Powerful Countries In Africa

10. Libya
Libya the first country to gain her independence is regarded with respect when it comes to talking about military power in Africa. However, with the recent revolution, it seems some are already questioning its position. Libya boasts of 2,500 armored fighting vehicles, 500 tanks, 800 rocket projectors 400 self-propelled guns,, 1050 potable AT weapons, over 600 air crafts and 121 helicopters. Libya supports its military force with an estimated annual budget of $880 million.

Why we have tried to keep this article as accurate as possible, we’ll like you to know that the values given in this post are estimates – no country will ever declare its true military strength for safety reasons. Top 10 Most Powerful Countries In Africa

Please kindly share this post with your friends using any of the social media buttons below.  We’d love to hear your opinion about this list of the top 10 Most Powerful countries in Africa. Share your opinions with us through the comment section below.

Tags: Most Powerful Country In Africa 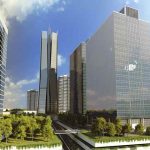