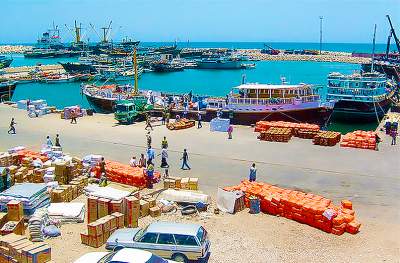 Top 10 Poorest Countries in Africa 2018. A country’s wealth is usually determined by their GDP per capita. This is the income of the whole country divided by the population. The poorest countries are the ones with the lowest GDP per capita and they often have the least development in terms of infrastructure ( Top 10 Poorest Countries In Africa 2018 ).

Interestingly, all of the top 10 poorest countries in the world are in Africa. We’ve compiled a list of these poor nations in the order of their GDP per capita.

Top 10 Poorest Countries in Africa By GDP Per Capita

Agriculture is the major source of income in this country. Unfortunately, the other sectors of their economy are poorly developed and offer little employment opportunities. The GDP per capita of Ethiopia is $567.8.

The government of DRC generates its income from agriculture, forestry, and the vibrant petroleum industry. However, lack of proper budgetary allocation has been responsible for the plight of this country. The GDP per capita is pegged at $475.2

The two Liberian Civil Wars have come with a grave economic consequence of impoverishing the country. This nation is dependent on agriculture and the exportation of iron ore and rubber. Unfortunately, one of the consequences of the past wars has been brain drain which the government hasn’t properly been able to rectify. The GDP of Liberia sits at $461.

Despite its abundant natural resources and vibrant agricultural sector, the political crises in Madagascar has deterred foreign investment and has put this country on the lower rungs of the wealth scale of Africa. The GDP per capita is $449.4

The Gambia lacks mineral resources and agricultural land to promote better production. The country relies majorly on livestock farming. Their GDP per capita is $422.

The war in CAR has significantly affected their economy. Although they have a profitable timber industry and diamond mines, corruption has left this country very poor. Their GDP per capita is $377.

Burundi is another country that has been affected by civil wars. The poor quality of soil, the lack of erosion and the underdeveloped manufacturing economy are the other reasons for the stagnant economy. The GDP per capita is $295.1

This is one of the poorest countries in Africa. The majority of Malawians leave in rural areas and the GDP per capita is $253

Based on its GDP per capita of $128.1 which is, Somalia is the poorest nation in Africa and the world. The major problem in Somalia is the incessant war.

Tag: The Top 10 Poorest Countries in Africa 2018 By GDP Per Capita