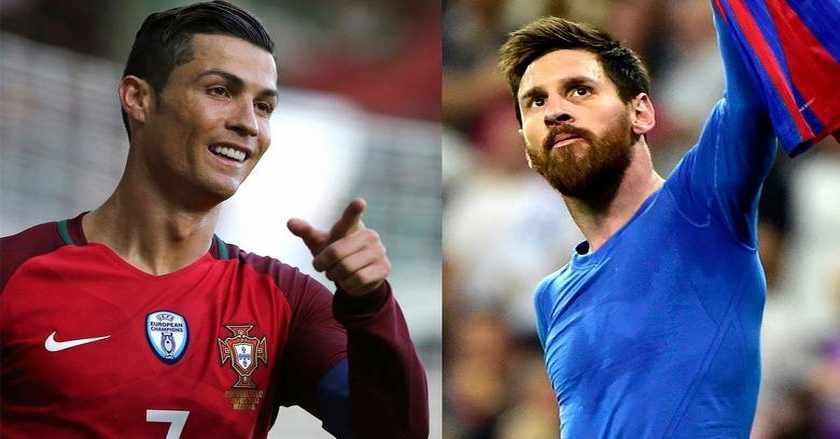 Top 10 Richest Sportsmen in The World: The Richest Athletes in The World. Let’s take a look at the 10 highest-paid athletes in 2017

Are the world-class athletes as rich as the Hollywood top guns and rockstars?

Yes, they are indeed among the richest celebrities in the world.

According to Forbes, it’s the football, tennis, NBA and baseball stars that are the richest athletes of them all.

But who is the richest?

See also: These are the 10 highest-paid actors in the world: Mark Wahlberg Leads With $68 Million ✔

Well, you have to find that out below.

Also, only one cricketer made the top 100 list of Forbes’ highest-paid athletes in 2017.

And that cricketer, of course, is none other than Virat Kohli, the biggest superstar in the sport today.

But here we are giving the list of the top 10 highest-paid athletes in 2017 (we have also mentioned how much they have earned this year through prize-money, salary and endorsements)

The British driver who races for Mercedes in Formula One is a three-time world champion. Hailed as one of the greatest formula drivers of all time, Hamilton is fighting for the title with German rival Sebastian Vettel this year.

The 27-year-old Houston Rockets basketball player is one of the biggest names in the sport today. One of the most free-scoring players in NBA history, Harden won a gold medal with the US team at the 2012 London Summer Olympics.

After Tiger Woods’ spectacular fall from grace, McIlroy has emerged as the biggest name in golf. The four-time Major winner was also world number one for 95 weeks. His greatest moment came in the 2012 PGA Championship, which he won by a record margin of eight shots.

The Indianapolis Colts quarterback was once hailed as one of the most hyped amateurs in all sports. Luck has certainly hasn’t disappointed any of his backers, leading Colts to three playoffs. Luck has also cemented his place among the elite quarterbacks.

Arguably the best NBA player today, Durant’s trophy-laden career has made him a global superstar. The star-studded Golden State Warriors won their fifth NBA title this year, but none shone brighter than the 28-year-old Washington-born Durant.

The Swiss legend rose like a phoenix this year after missing the last months of 2016 with injury. His stunning win over old rival Rafael Nadal in the Australian Open final gave him his 18th Slam. He then won his eight Wimbledon title without dropping a set.

The Barcelona wizard only has the Kings Cup to show despite giving moments of magic with his skills. Real Madrid beat Barcelona for the La Liga title as the Catalans also failed to reach the Champions League semis. But Messi still scored 54 goals in all competitions.

The 32-year-old basketball genius has won many titles during his glorious career. But his defining moment came in 2016 when he helped the Cleveland Cavaliers end their 52-year title drought in NBA Finals. James is also considered by many as the face of modern NBA.

The Ronaldo vs Messi debate has divided the globe over the years. But there is no doubt about who has won the race for the richest honour consistently. The Real Madrid icon is an advertiser’s dream. The Portuguese also seems to be incapable of forgetting how to score goals

READ ALSO:  How to prevent someone from Hacking your Whatsapp using 2 step verification
/ 5