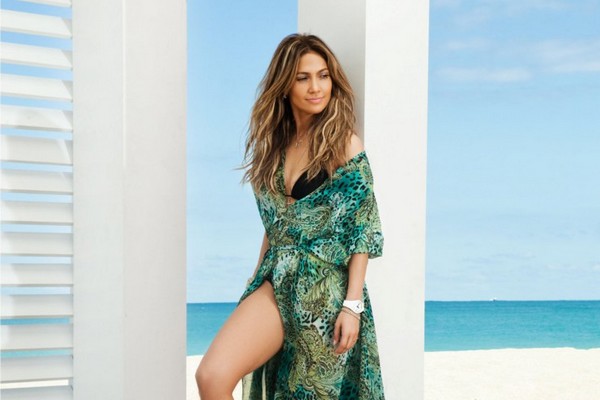 <![CDATA[ <p>One of the hardest things to do; to make a judgement of the most beautiful or sexiest of a bunch of women when each and every one of them is ultimately beautiful in their very own and unique ways. No women likes to be compared to the next and this isn’t what I’m doing. I’m just categorizing them in terms of the top 10 sexiest Hollywood actresses, and here is our list, in descending order. Enjoy! The star who made the movie “pretty women” a hit, Julia Roberts as the title of that chick flick movie suggests has become one of her signatures in the film industry and as far as her acting career went. She’s so womanish and gives of a natural flare of feminine charm. She is truly an unconventional women. She hold the tenth place in our list of sexiest Hollywood actresses.

Her best scene, I would say which brought out her true beauty by being a sexy women would be in the scene in ‘Pretty Women’, back in the 90’s as a Prostitute with class. Here we see here in a shiny white satin dress with lace and all that sexy stuff on her was amazing. We see several scenes of her beauty in provocative clothing as well in that movie. With regards to sexiest Hollywood actresses that the world has seen and enjoyed as well as become automatically a fan off to some extent of their lives, Scarlett Johansson is definitely one of them. As an actress, singer and model, she can ultimately be considered as an American version of the South African born Charlize Theron. Honestly the two are not much in difference of physical characteristics and beauty. Scarlett, though as an individual women possesses her very own physically enhanced set of sexiness which falls in the waviness of her blonde and curly hair which covers the edges of her soft and flawless skin. You probably haven’t heard the name before and is probably picturing a Chinese women that speaks something like this: “xing na wen, thai pu Sum ta!” And if so then you’re wrong. One of the sexiest Hollywood actresses, Ming Na Wen, famous for her role as “Melinda May” in Marvels Agents of S.H.I.E.L.D. And she seriously doesn’t look hot in that leather jacket and tight pants and fly can she spin those running kicks off her Hot and fiery nature as part of her character in the movie. She is however absolutely sexy in everything she uses and being a Scorpion women, she’s absolutely enticing. She’s of perfect figures. She’s always tempered up which gives off an essence of sexy all the way. Asian babes are always steaming hot anyway and you know it! They tend to stir up our bloods by their active personalities and actions even if you don’t understand a single word they say in their cute language.

READ ALSO:  Top 10 Things That Could Lead To World War 3 Oh yeah!…Here is where the hot just got hotter and the sex just got sexier! Kat Dennings who plays the role of Max. A boots wearing waitress at a restaurant filled with eyes all upon her and her walk, listens of her talks etc. In the CBS series, ‘2 Broke Girls’. Max sounds manly doesn’t it? Well that’s exactly the role and character that Kat plays in 2 Broke Girls and gives off an impression of a psychopath women that will kill you at an instant should you get on the wrong side of her and at the next breathe, smothering herself in Cupcakes that her room-mate has made. She’s another amongst the sexiest Hollywood actresses you gotta look out for. Kat Dennings in general is a busty woman with lips that stand out naturally, big, red and fleshy. She is Gemini, a Bad Kitty and will sexy scrounge you with her claws. Don’t mess with a Gemini woman, and by personal experience they are the most beautiful in the world and also the most dangerous. Sixth place on this list most certainly holds by Ariana Grande as a fresh newbie. Hollywood is infested with hottest celebs, it most certainly is a place of heavy duty competition all around which is enough to have even the best of celebs at major game time. Ariana Grande on the other hand can be considered as a feminine and just like Angelina Jolie, we see ultra femininity every step of the way from her pin straight hair which she never fails to put in various different exotic styles. She has the perfect shaped body and lips, eyes, nose, neck structure and hair and her fashiony trends makes her a walking doll that you always have urges.

One of the sexiest Hollywood actresses, Ariana Grande, and not just to me but I’m sure with almost every other man who fancies her that she is mesmerizing in every sense of that word. In astrology, Cancer women are just the ultimate best at what they do, and they’re all natural in their feminine charm. She is loved by many and is considered absolutely sexy, gorgeous and amazing as well as highly entertaining in all aspects by all of her fans. J Lo, J Lope, Jen Lo and the various other nicknames the world has kept for this highly fantastic and unique women wouldn’t replace the original Jennifer Lopezbaby! She’s the one and only among the sexiest Hollywood actresses that the world loves too. Never mind her personal life, let us focus on the stardom we all knew and loved as well as still do love her very much for. Nobody can put it down as sensually with blend of ghetto erotica and sassiness like Jennifer Lopez can, be it her acting career or singing, she sure does know how to go down and twerk that booty or squat those legs in them tight jeans and boots with the fur. Oh yeah, nothing sexier than that is there? Other than that, Jennifer lopez represents the black ghetto culture in her very own and unique form which is attractive to even people who aren’t fans of that lifestyle simply because her other stuff is revealed more clearly when In tights. That’s an instant turn on to many who view her in an erotic sense. Eva Longoria is at number four amongst the sexiest Hollywood actresses. She’s precisely as sexy as hell and basically one of the hottest women on earth and the man who got to bone her in real life is surely one of the luckiest. Ever seen that scene in Desperate Housewives with Eva in her panties and sexy black lingerie that had the hots for the gardener when her husband wasn’t home. Doing it on the table at which he imported, that was the hottest scene I’ve ever seen and you should see it too, to know precisely what level of hotness we’re’ speaking about. Eva Longoria dominates and represents what we call the Latina Culture which in the sexual environment is a category of its very own. There you have it, she’s a hot brooding Latina Chica, need I say anymore about what makes her one of the sexiest Hollywood actresses to appear on screen? Remember that song, while growing up as a teen in the early years of this Millennium? “When I grow up,I wanna be famous, I wanna see the world, drive nice cars, I wanna have groupies.” The song represented something or somebody beautiful, a whole bunch of teenage looking girls who were newbies in the music industry but bouncing off quickly as superstars who grabbed the hearts and many other things of men with their ultra sexy showbiz. The Pussycat Dolls they are and woah…what’s sexier than Pussycat Dolls? The one in particular however, Nicole Scherzinger totally gave the fame to their group with her performances of various different songs and one of her major one’s which featured in the movie “Slumdog Millionaire” and this song being “Jay Ho” which was one of the greatest and most remembered also. Nicole Scherzinger as one of the sexiest Hollywood actresses, is her very own Brand of a person that her showmanship as a women is governed by is certainly amazing and ravishing too with a fine body which bears ‘all natural’ breast and are mostly exposed to her audience as she uses short tops to purposely provoke this type of cleavage.

READ ALSO:  Ghana.Gov Portal - 5 Things You Can Do Desperado queen! Mexicano heat, Latina cactus, soft and smooth on the inside and spiky on the outside. There’s no other Latina women out there who can depict and rain a whole lot of women candy. Salma Hayek, one of the sexiest Hollywood actresses of all trades and expertise as well as talents in everything she does. She simultaneously ought to bring about or spark a craze around the world of men enough to have them locked and loaded as well as feasted upon eyes and engaged full body and soul towards her appearance and ability to perform. She is best known for her sexual performances on screen. She has the body of a Latina goddess who takes all accolade for being the oldest in the industry of HOT and Extremely sexy Latina actresses. She has set a certain raised bar as far as famous Latina women are concerned and has ultimately become a Sex symbol to many all over the world. She is a professional actress and as part of her profession, acting out whichever scene she is required to do, she sure does and makes a HiT! With her performance regardless of whatever it is she needs to do. Angelina Jolie, as simple and humanitarian as she is in her personal life is actually one of the sexiest Hollywood actresses ever to hit Hollywood. She is absolutely sexy to the core. I know it, you know it and you cannot stop the world from knowing it too! Angelina Jolie, daughter of actor John Voight Has the magnificence and radiance of any other female actress however with a twist in her own blessed fate. She is able to master being soft and sensual as well as absolutely raunchy and high energetic when it comes to her sex factor. Jolie as a professional actress though, a humanitarian and a mother to several kids as well as a wife to Brad Pithas a well structured and distinctive facial bone structure which exhibits a whole lot of things that only speak Women! Here we have another Gemini but a sincerely much more toned down version with double the sexiness of Kat Dennings. She top our list of Sexiest Hollywood Actresses.