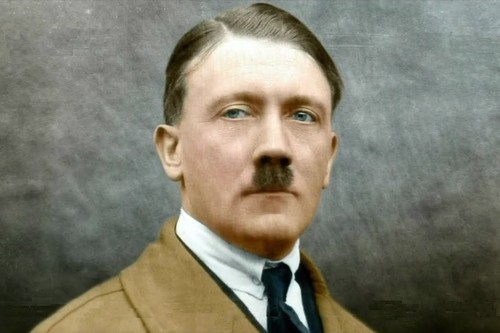 <![CDATA[ <p>History doesn’t grade your smartness on the number of questions you did in Math class. Albert Einstein was kicked out of the class more than once because his teachers thought he was dumb. Newton appeared to have learning disabilities and the teachers recommended special school for him. Tom Cruise, the handsome Hollywood actor had learning disabilities and yet these people created a mark in their industry. They are an emblem of what they do. Scientific achievements today rely on the fundamental principles described or discovered by Newton and Einstein- the latter being the most celebrated scientist to date.

Below is a compilation of ten such smartest people in history, who would leave you in a state of inspiration as well as awe. Let this list motivate you! He was a man that led to thousands of deaths in his quest to conquer Russia, then why would he be “great” and “smart”? The defining moment of his intelligence and smartness was the trust of his father who bestowed the kingship of Macedonia on Alexander’s shoulders when he was only 16. He ruled most of Asia by the time he dies due to Malaria– the virus that owed maximum number of deaths each year. The difference between the works of art of this man and Da Vinci is merely the style though both men mastered art- the former has a greater influence on modern art and Western art today. This man had the nerves to paint while hanging mid air and thus his passion for art ended up in creating a timeless painting on the ceiling. A celebrated artist of all times, Michelangelo and his works are a subject of interest amongst art students. The man who gave us the bulb! Though he based his work on a little done by Nicolas Tesla, yet the maker of bulbs is Edison. He is the man we ought to thank as we turn on the lights everyday. When we talk about Leonardo, we wonder who this person really was? Was he an artist? A scientist? A model? A sculptor? A painter? Turns out that he was all of them. Da Vinci mastered whatever he did be it 3D modelling or painting. His famous articles include Mona Lisa’s portrait and the Vitruvian Man. He also made the prototype for the first helicopter/airplane.

To this date, the stories of Da Vinci are told and retold in the form of novels, cartoons and Freemason controversies. He can be considered as one of the most flexible men of his time to have learnt and mastered each thing he attempted all in the artistic fields. A man of many talents he was and still is as his name has been preserved for centuries and may even last a lifetime from now too. Shakespeare is more known to laymen because of the difficult spelling of his name where most of us have had a teacher rebuking us over missing the “e”. Only later we learnt that there is much more to the legendary playwright than his misogynistic treatment of the female characters. Having written 36 plays for us, Shakespeare is one of the greatest playwrights that history produced. His ability to think from a different perspective is what led him to this stage. Wondering why he made the list “Top 10 Smartest People in History”?

Adolf Hitler alone is considered responsible for millions of deaths in the history of mankind. Putting down the basis of Nazism, he fooled the world into believing that what he is doing was right and this is precisely where the genius of this man lies. His famous quote, “I didn’t kill all the Jews so that people would know why I was killing them”, has intrigued many people over the years. Legend has it that he was the illegitimate son of a Jewish father who abandoned his mother and him.

A Military man he was too, at which he cleverly used the resources and the German Army as well as Police Forces of that era to shield him from opposing forces only to eventually turn Germany into a land at which would now primarily be owned, ruled, governed and taken control of by him and his Nazi Manifesto. Most definitely is one of the greatest and smartest people to have existed until being topped by Osama Bin Laden a few decades later who had similar yet more detrimental motives. He is the man who gave us the eyes to look beyond the skies. Galileo invented the telescope through which man discovered the hidden secrets of the universe, only a small percentage of which has been revealed to us to date. To think that the work of this man is the foundation upon which the current system of military intelligence is built gives us a weird pleasure. Do I need to mention that at the basis of NASA lie the discoveries and efforts of this man who existed centuries ago?! Though from relatively newer era, this man deserves to be on this list. Stephen is a genius of the top ranking because he proved most of Einstein’s theories too. Einstein was shunned by many for presenting ideas that the common mind would not decipher. When Hawking united quantum theory with general relativity- he proved that it is the limitations of the mind and not the possibilities which hold people back from accepting truth. A mathematician by definition, this man provided us the basics of Physics that we use to perform the most complex of experiments today. Newton’s ideas were easy to understand in school- probably the only scientist whose works were understandable to the common minds like ours. He gave the famous Laws of Motion and Gravity. We all know that Albert Einstein is one of the smartest people to have walked the earth in terms of science. They say that his brain worked around 4 percent more than the average man. That reminds us of “Lucy” who unveiled so many secrets of the living world because of extra brain functionality. Was Einstein’s mind and his apparently weird ideas a result of this functionality too?

He has been rendered as the most well-known and influential scientist of the 20th Century. Einstein’s name has also been subsequently linked to and referred to as a word of its own in popular culture and urban language. Example if somebody calls somebody an Einstein, it can be regarded as one of the most magnanimous and highest of compliments ever indicating that such a person is brilliant with endless creativity.