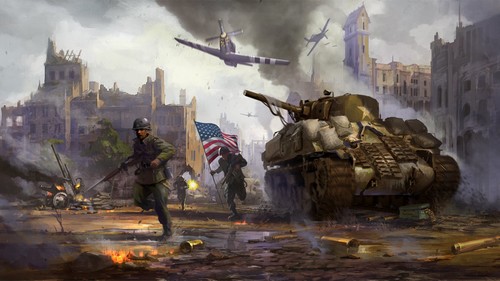 <![CDATA[ <p>The United Nations exists in order to stop any conflicts from escalating or aggravating. Yet the recent upsurge of terrorism has raised questions amongst people about the possibility of the Third World War. Education and aid is not the solution because terrorism is not coming from the poorer countries only. In fact, more than 600 people from the Northern America have joined ISIS since its inception. You could look at 10 reasons why boys become terrorists but meanwhile let us take a look at things that could lead to a Third World War. That is how world conflicts begin actually. During WWI, Austria was supported by Germany and Italy. Italy changed party and the Triple Entente (Britain, France, Russia) had an understanding that if either was attacked, the other two would come to aid. So Austria attacked Serbia, Germany attacked France and turned back to attack Russia, Britain helped France and Italy joined them. This way almost the whole of Europe was engulfed by war.

In WWIII probably this is what will happen. Iran and India might attack Pakistan, China will help and get involved, America will double cross both parties and come to aid apparently, the Philippines and neighbouring archipelago might stay out to think which side to join and so on. In the Middle East there are already many conflicts that might overlap with the third great war. WWI started because Austria wanted Serbia to itself (though there are other reasons too). This lust to expand boundaries and control a larger part of the planet is driving warmongers crazy. So Israel wants the remaining Palestine, U.S wants areas under Native American influence, India has its eyes on Kashmir, China is looking for Islands in the sea and it goes on. Myth or fact, we don’t know because we don’t have a satellite of our own, but it is said that the reason why U.S and India are after the province of Balochistan in the South Asian country of Pakistan is the minerals and metal in the ground. So this is another game of Avatar, only that it is real though equally rough and bloody. Eventually, the more powerful side will win but not without putting a lot of its own at stake. 75% of the planet is water yet only 3% is fresh. Out of this 3% only 1% is available to the population of the whole world. Yea! 6 billion people and that much water. “Water, water everywhere, but not a drop to spare!” That is a famous quote they taught us in school and for the right reasons too. With world temperatures rising and the desert encroaching water and urbanization, we might see Dan Brown’s “Inferno” or “Elysium” starring Matt Damon taking shape of reality until the next few hundred years. It is true that we won’t be here then but will the future generations forgive us for what we are doing? Taking hold of freshwater resources could be one reason of WWIII.

The not imminent yet inevitable WWIII may be caused for a country’s greed to occupy resources more than it needs. Unfortunately, the non renewable energy resources in the world are dwindling at a startlingly rapid rate. It is not even steady. Another 50 years and the oil reserves on this planet might be depleted. In desperation, the stronger countries would try and get hold of oil and gas reserves from the weak. Somalia, the country with gas and gold had a very promising future until it was pushed into civil war by you-know-who. The appearance of deadly viruses like the Ebola in African countries has rung an alarm all over the world. Though temporary measures like restricting movement of people belonging to these countries have been taken, it will be a while until unrest for medicines and drugs begins on a widescale level. Again we might be under the soil, burnt or fed to vultures by then- but will the disease struck generations forgive us for pushing them to the verge of war? The growing investment in arms, especially nuclear arms, is a potential threat to the world and the future generations. While mostly prescribed as a deterrent, weapons of mass destruction have been used in the past. While trying to keep use of arms away by building more arms, countries enter into a crazy arms race that only ends up in blowing away a few missiles after a few generations. The faith of certain people around the world claims that a third world war is imminent. According to Jews, the happening of Armageddon will constitute a great war and will rescue them from the oppression and bring them out from hideouts. Muslims on the other hand believe in the event of a third world war but with the perspective of an uprising against the Jews and non Muslims of the world. Staunch faith in these beliefs can lead to a third great war. Both the previous world wars that took place involved Russia as one of the major powers. The recent invasion of Crimea by Russian troops is being called an act of war by many Ukrainians. Though the two have always been angry at each other (almost always), the tensions are now reaching boiling point. Could this be an event that would lead to involvement of the alliances and ultimately a war?

READ ALSO:  Did You Know the Most Powerful Woman on Wall Street is a Trillion Dollar Black Woman? Nations have been swept out by other nations in order to make room for more. Survival of the fittest has been a norm of this world. After 50 million deaths in Europe alone, the world saw the rising of European nations out of mere debris. The world reaches the peak of development and then seeks to destroy it- only to begin it. If this is the vicious and unavoidable cycle of the universe then… it goes without saying!