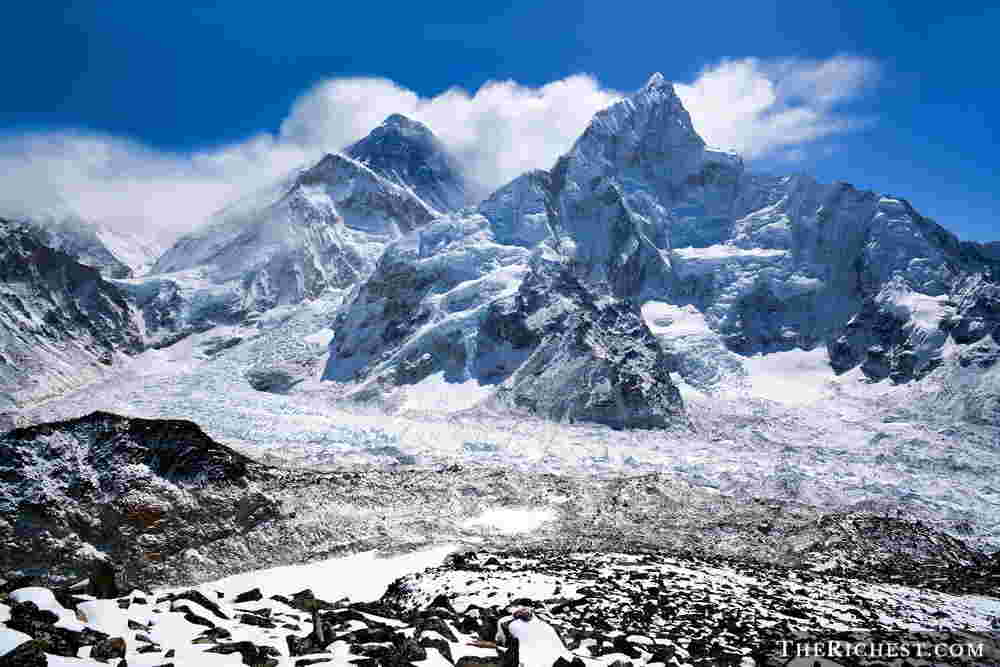 <![CDATA[Traveling can be a dream come true. You choose an exotic destination and hope to have a great time getting to know the place, the culture, the landmarks and the landscapes, and in today's times it seems like there's a race about who can go to the most exotic place. Many times we can fall into the dangerous side of traveling, where the 'dream come true' of traveling can easily become your worst nightmare if you choose the wrong destination. Of course many destinations might seem harmless, nevertheless if they are on this list then it's better to watch out. You can easily find yourself in the wrong place at the wrong time. Many tourists didn't live to upload their photos on Facebook, so if you want to know which are the most dangerous travel destinations in the world, stick around and read this. <div id="toc_container" class="no_bullets">

Venezuela is a beautiful country, there’s no doubt about that. It is rich in natural beauty and pristine beaches, but do not be fooled by the natural beauty of this country. In 2013 alone there over 24 thousand murders in the country. Unfortunately for a German tourist, Venezuela turned out to be deadly. The 76-year-old man was shot dead outside a shopping mall in Venezuela’s Margarita Island. Cases like the German tourist are nothing rare in a country that’s been ripped apart by deadly violence, where tourists often find themselves in dangerous situations that can easily turn into nightmares.

It’s no surprise to anyone who reads the news that Mexico is battling one of its bloodiest wars. The war against drugs has left over 164 thousand people murdered between the years of 2007 and 2014. That is an absolutely staggering number for the country which sits on the doorstep of the U.S. Tourists might feel safe in this Central American country, however it is easy to be in the wrong place at the wrong time. In 2013 and 2014, 161 American citizens where murdered. A high price to pay for going on a short holiday away from home.

This African country is not exactly known for being a touristic destination, but just in case you were thinking about taking a trip that way, think twice. The small country in the horn of Africa has endured many years of civil war, famine, poverty and uprisings and innocent little tourist visits are strongly discouraged. It is considered one of the most dangerous countries in the world. Tourists and social aid workers can easily be kidnapped for ransom money.

O.K. so chances are that you’ve read the news recently and everything related to the refugee crisis and the civil war that has ripped Syria apart. Not too long ago Syria was actually a safe place to visit since it has the natural beauty of endless deserts and an interesting history. Now, Syria is known for bombs, torture and war. Even journalists are afraid to go into the place, so it’s definitely closed for tourists. Maybe some day in the future Syria can open its doors to tourism again, but in the mean time it’s probably best to stay away.
READ ALSO:  WOW Air Is Hiring Summer Interns to Live in Iceland and Travel the World

This Islamic country easily keeps tourists away with it’s robberies, terrorist attacks, kidnappings, extortion, abduction and many other crimes that are better avoided. Being one the most populated countries in the world, Pakistan has created a reign of terror, not only upon their own country and people but also in neighboring countries as extremist groups expand further. It’s not really a place for a tourist, maybe a journalist covering a story but even they can face a scary destiny. Pakistan is also on the list of one of the most dangerous countries in the world, so just in case you were thinking of visiting, think twice.

While you wont be facing kidnappers here, it doesn’t make it any safer for tourists. The Holy Land has been for decades (if not centuries) plagued by an ongoing war that doesn’t seem to end anytime soon. The war between Israel and Palestine can create such turmoil and danger for tourists who are unfortunately in the wrong place at the wrong time when extremist groups strike each other or a conflict breaks out in a street. This really does little to put off tourists from visiting the multiple attractions the place has to offer but it has brought some tourists harm, such as in the case of an American tourist that was stabbed in Jerusalem during an attack by a Palestinian. Many other tourist visits to the Holy Land have cost unlucky travelers their lives.

Since Israel is on the list, it was necessary to write down Palestine as well. The neighboring country who, just like Israel, has been plagued by war, terrorist attacks and murder. Palestine on the other hand is not as touristic as Israel but just in case you were considering jumping over the fence and going to see this other country, it would be advised to refrain from doing so. The ongoing war with Israel makes it a vulnerable destination, where there’s no knowing when the next attack might take place. It is very easy to find yourself in a dangerous situation, especially as a foreigner.

India is a world renowned place for offering multiple historic landmarks for the earnest traveler. Nevertheless, being the second most populous country in the world, it’s been severely stricken by poverty which can push people into committing serious crimes like kidnapping, abduction, burglary and physical violence. India is also particularly dangerous for women, being a country that is terribly famous for the series of sexual assaults that go unpunished. Such is the case of a 32-year-old tourist who was forced to jump out of her hotel window to avoid being sexually assaulted by the manager of the hotel where she was staying. Such stories are very common in India.
READ ALSO:  Top 10 Smartest People in History

Getting to see the pyramids can cost you a very high price, one that is not paid for with money. After the civil war that Egypt endured during the movement known as the Arab Spring, Egypt was left in a vulnerable security situation. This vulnerable situation cost eight Mexican tourists their lives when their tourist bus was confused for a terrorist vehicle and bombed by Egyptian militants. The bus was said to be riding through a restricted area but the survivors claim there where no signs it was a restricted area. If you know that the country you want to visit has armed conflict problems, maybe just avoid going there for the time being.

N ow Burma wins the award for having a vast amount of reasons not to visit. Not only do they have problems with terrorist attacks and ongoing conflict, but throw into the mix some terrible infrastructure and the high chance of a natural disaster occurring and you will want to rethink a visit here. While there are at least 5 conflict areas throughout the country as well as the presence of terror groups, you will want to be wary of cyclones, earthquakes, floods, and other extreme events, and take into account just how much more devastating these are with bad infrastructure. Small towns have been known to simply get washed away, earthquakes can easily topple badly supported buildings and the seasonal cyclone season can wreak pure havoc on the land and whoever is there at the time.

This central American country is known for its beautiful beaches but also for its staggeringly high murder rate. If it were not enough, Honduras also has a very macho culture, where women are seen and treated as inferior. The r*pe rate is alarmingly high and most crimes go unpunished. The Daily Mailcategorized it as being the most dangerous place to be a woman, surprising considering the repression women suffer in Arabic countries like Afghanistan and yet it happens on the American continent to such a higher degree.

You wont be facing kidnappers, abduction or burglary here. But you will face the cruelty of Mother Nature, and a coldness that can freeze your body in no time. In case of emergency there’s no 911 to call, no police and especially no hospitals. It is literally the most remote place on earth and one of the coldest. Receiving around 40,000 tourists a year and with popularity climbing, a holiday in Antarctica is becoming the new thing to do for many, however hundreds have died there in the past. If you have never experienced anything like it in the past then perhaps you should consider a destination more people-friendly.
READ ALSO:  Top 10 Hottest Actresses of Bollywood

If you have listened to any international news over the past few years then you will have heard people speaking of Yemen. Situated at the south of the Arabian peninsula next to Oman and Saudi Arabia, Yemen has a history of terror attacks and tourist deaths. In 2007, a group of Spanish tourists were attacked and 6 of them killed by a group linked with Al-Qaeda, with attacks since then killing a group of South Korean students and many foreign tourists who were simply caught in the crossfire or purposefully kidnapped. With the rate of violence against tourists, this is one place to remove from the travel list.

The highest mountain in the world offers the best sight of the world but, it also offers great dangers. Here, the dangers don’t come from other humans but from nature itself that can be merciless to the climbers. The weather, the treacherous terrain, the cold, the lack of oxygen and the low pressure amongst other dangers are what tourists are most afraid of. An accident here can easily mean death. 225 people have died trying to climb it or trying to descend it. It is by far the most dangerous mountain a climber can visit. Even if you don’t attempt to make it to the summit, treacherous crevices and powerful avalanches regularly reshape the face of the mountain, destroying anything that gets in the way.

S truggling with their security situation over the past few years and especially since the ousting of president Zine al-Abidine Ben Ali in 2011, Tunisia was plastered all over international news last year after a shooting carried out by famous terrorist group ISIS occurred at a beach hotel, killing 38 people, 30 of which were tourists from the UK. Criminal activity has been a growing concern in the country, especially along the borders with Algeria and Libya. Tourists are also commonly targeted by small and large scale criminals, from pickpockets to assault and kidnapping. There are many areas throughout the country where tourists are told not to visit, and for good reason, so you should probably heed the warning and find somewhere a little friendlier.]]>
Get More Customers and Grow Your Business. Advertise Your Business for Free on Ghana Businesss 🙂