Veterinarian Salary – Average Veterinarian Income. Veterinarian commonly known as vet is a professional who treats diseases, disorders and injuries in animals. Veterinarians often need to stay on call at all hours of the day and night, and on weekends and holidays as well. They generally have to work long hours. Many vets work in clinics with small animals like dogs and cats, while they are others who work with large animals like cows and horses and livestock. The U.S. Bureau of Labor Statistics says that almost 80 percent of vets work in private clinics and the average annual salary of a vet as of May 2009 was $80,510, out of which 50 percent were earning from $62,770 to $105,190.

Learn more about the Veterinarian job market for salaries of real jobs in your area.

According to the 2011 figures released by the American Veterinary Medicine Association, new veterinarians saw a wide variance in salaries – 40% earned $31,000 or less, while others reported salaries in excess of $90,000 (however 52% of those respondents were in residency or post-graduate programs). When those are removed from the equation, the 48% who’d formally entered practice earned an average of $66,469. Veterinarians pay almost as much for their schooling as medical doctors, but have much less earning power to compensate for their debt load (doctors easily earn two to three times as much).

According to the Bureau of Labor Statistics, veterinarians in research facilities were paid the best, at an average income of $124,610, while those working for pharmaceutical companies earned $113,270. Veterinarians in private practice averaged $91,160.

Geographically, the state with the highest average salary for veterinarians was Connecticut, at $125,810. New Jersey, Hawaii, the District of Columbia and Pennsylvania were also among the highest-paid jurisdictions. Montana had the lowest average salary, at $60,590.

If you choose to become a veterinarian you must graduate from an accredited college of veterinary medicine and get a state license to start practicing. You will need to compete to get admission in the college. Bureau of Labor Statistics says employment of vets is likely to increase by 33 percent from 2008 to 2018. 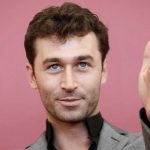