On a new episode of VICELAND’s SLUTEVER, Karley Sciortino hangs out with a group of ecosexuals, an obscure but growing community of folks who get turned on by nature. She hangs out with a woman who has a fetish for trees, meets the creator of crystal sex toys, and finds out why some ecosexuals think having sex with the Earth just might save it.

Then it’s time for a new episode of THE TRIXIE & KATYA SHOW, featuring two former RuPaul’s Drag Race queens digging into life’s most pressing issues. Today Bob the Drag Queen joins Trixie for an episode all about taboos, and the two invent ads for unmentionable products, talk about skeevy beauty supplies, and play a game called “Dude, Where’s My Fetish?”

THE TRIXIE & KATYA SHOW airs Wednesdays at 10:30 PM on VICELAND. 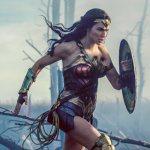 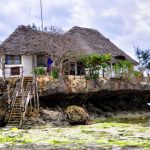