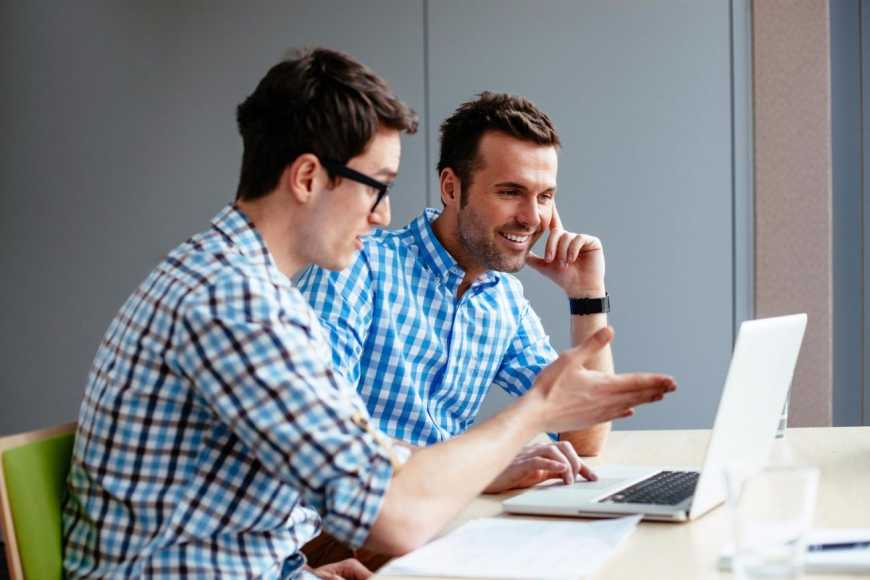 To keep up with the fast paced changes of the internet, web-hosting company Weebly used its own site to show how even in just the past 10 years, web design and the internet have come a long way.

Looking through the lens of Weebly’s website, here are 11 things we forgot we knew about the internet:

In 2006, the web was a whole different beast. Weebly says that there was little desire for intricate web design in 2006. “MySpace was still a thing, and Weebly’s headquarters was a Penn State dorm room,” Weebly told The Next Web.

At this time, most internet users accessed the web through Internet Explorer, Facebook extended beyond educational institutions and Jack Dorsey sent his first tweet. MySpace was king of social media platforms, with more than 75 million users.

READ ALSO:  Here's How to Fix That Lonely Wasteland You Call Your Website

2. 2007: Apple releases the iPhone, and the mobile-friendly seed is planted.

In 2007, the idea that websites should become mobile-friendly came into play, with the release of Apple’s first generation iPhone.

Blackberry was the phone of choice at the time, with 36 percent of Americans in 2007 saying they would have a hard time giving up their Blackberry devices, according to Pew Research Center.

In 2008, the web was available via Android smartphones and iPhones, and website owners began to realize the value of becoming mobile-friendly.

“A static site is no longer enough and overwhelming people with information or visuals means they are leaving your site, and fast,” says Jenny Emick, head of brand design at Weebly. “We’ve worked to present a digital space that is inviting and engaging while still being simplistic and easy to navigate.”

Also in 2009, 69 percent of U.S. residents turned to the internet for information on the recession, rivaling print and television media; Twitter had a breakout year, earning a valuation of $1 billion; and Facebook added more than 200 million new users.

In 2010, photo-sharing social media is introduced. Both Pinterest and Instagram launched, signaling the importance of photos online. Web users also became interested in apps, as 35 percent of adults had cell phones that featured apps in 2010.

In 2011, LTE began to take hold, which allowed for faster internet speeds and gave designers the opportunity to add more details to websites.

READ ALSO:  How Good Is Your Website Search Engine Optimisation

Also in 2011, Google Plus launched and LinkedIn hit 100 million users and its stock is offered on the New York Stock Exchange.

In 2013, full-bleed photos started to become popular, according to The Next Web. To match this trend, Weebly’s website changed drastically to include more visual elements and prominent photography.

“Staying current is a relative term in web design, and it depends largely on the audience for whom you are designing,” Emick says.

9. 2014: We’re introduced to the immersive experience.

In 2014, Weebly made its website immersive. Having an immersive experience — one with transitions, graphics that tell a story and layers — became commonplace.

Also in 2014, mobile devices accounted for 25 percent of all web usage and tablets shipments increased by 53 percent.

In 2015, websites began to abort the “above the fold” mentality (important content is all placed in the top sections of the page so you don’t have to scroll) and truly became interactive.

Weebly’s website followed this trend, becoming much more immersive, forcing visitors to actively scroll down to find content. “The design needs to feel current, but approachable and not out of touch to the real people who will make a very important decision based off a single visit,” Emick says.

So where does that leave us? Weebly’s website takes advantage of background videos, which became highly popular in 2016. It also utilizes moving graphics and typography on its homepage.

The 2015 trend of having interactive formats and scrolling websites also stuck around into the first parts of the year.