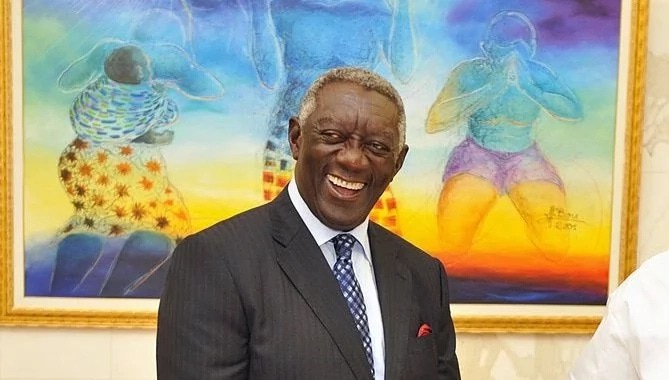 6 respected Ghanaians hit by scandals – The year 2017 could best be described as the year of scandals, especially looking at the cases that have been recorded so far.

It’s been just 10 months into the year, however, the number of controversial issues associated with some ‘respected’ persons in the country cannot be understated.

It appears each month comes with its own problems, with the latest talk of town being that of the money transfer involving the Asantehene Otumfuo Osei Tutu II.

Of course the issues that these personalities are involved in are commonplace in the world, however, their statuses as big names in the country has made sure that their involvement becomes scandalous.

Here are six respected Ghanaians who have been hit by scandals in recent times.

READ ALSO: 10 insanely rich Ghanaian pastors that you should know about

Former president John Dramani Mahama became the talk of town during his final months at the helm of affairs after being hit by a corruption scandal following his involvement in a controversial gift given to him by Burkinabe contractor, Djibril Kanazoe.

The former National Democratic Congress (NDC) leader was accused of engaging in a conflict of interest after receiving a Ford Expedition car from the Burkinabe contractor as a ‘gift’.

The investigation, conduct by Multimedia journalist Manasseh Azuri Awuni, dominated the headlines for weeks, with Mahama ending up on the losing side in the 2016 elections.

Founder of the International Central Gospel Church (ICGC), Pastor Mensa Otabil also became the subject of scrutiny after the Capital Bank was closed due to severe impairment of their capital.

The preacher, who reportedly served as the Chairman and owns some shares in the bank, received criticism from a section of the public, with some castigating him for not being able to save the bank with his ‘vast knowledge’.

His critics took up the matter the more due to an earlier episode which saw members of the ICGC being urged to donate huge sums of money as special offering to God, with the amounts going as high as $5,000.

The Asantehene Osei Tutu II is the latest high profile personality to have been involved in a scandal after being cited in a money laundering case.

Earlier this week the manager of Ghana International Bank, Mark Arthur was sacked for helping transfer a huge £350,000 into the personal account of the Asantehene.

And the case looks like it won’t be coming to an end anytime soon after the bank further revealed that the transfer was illegal because the King’s diplomatic passport had long expired.

Owner of the Jospong Group of Companies, Joseph Siaw Agyapong, was also fingered earlier this year in a bloated contract scandal. Again exposed by Mutimedia journalist Manasseh Azuri Awuni, the businessman was reported to have clocked a deal which was bloated by a whopping GHC130 million.

According to the report, the Ministry of Local Government and Rural Development, in 2016, awarded a contract to five companies of the Jospong Group to supply one million waste bins and 900,000 bin liners at a cost of $74, 040,000 (GHc318million).

READ ALSO:  10 insanely rich Ghanaian pastors that you should know about

However, the issue became a trending topic following the report by Manasseh, with Mr Siaw’s name ending up in the whole scandal.

Another shocking scandal to have rocked a respected person in Ghana is the alleged fraud case involving Akosua Agyapong. The Highlife singer was hauled before an Accra High court earlier in the week on allegations of conspiracy to defraud a business man.

Akosua Agypong was accused of conniving with one Frank Agyemang to dupe a businessman of a whopping GHC 105,000 in a case involving a land.

Despite pleading not guilty, the legendary artiste has been the talk of town in the past few days following the scandal.

In May 2005, just five months after John Agyekum Kufour had won his second term as Ghana president, the country was thrown into a state of shock following news of a sex scandal.

The ex-president’s one time advisor and confidante, Gizelle Yajzi, openly confessed in an interview Joy FM that she had been involved in a sexual relationship with Kufour for over a year.

Later the rumour mills suggested that the twin children of Miss Yajzi were fathered by Kufour. The scandalous accusations really put the former president in bad standing among sections of the public, and till date, many still recollect the whole episode.

READ ALSO:  A Special Holiday For Fasting And Prayers Will Solve All Ghana's Problems - Renowned Bishop
/ 5