Hot Business In Ghana – Sperm selling business booming in Ghana – Sperm has become one of the hottest commodities being sold in Ghana and many parts of the world. The target market for this new booming venture are couples suffering from male infertility, lesbian couples, and single women who pay huge amounts of money to access it.

“Selling of sperm is gradually becoming the new business frontier booming in Ghana because it has many uses in today’s society: making babies, sperm banks, and putting volume in limp hair in order to make it long,” a medical student at the University of Ghana Medical School, who sold sperm five times to a Fertility Centre in Accra for GH¢10, 000, told Economic Tribune (ET).The medical student, who gave his name only as Mensah, said even though selling of sperm was a risky business, it was also rewarding as well.

“I use the proceeds from this business to pay my fees and also support my close pals. Who knows how long I will continue? But whatever happens, I know I can look back on many happy families that I have helped to create,” he stated.

Mrs Naomi Suame, a shop owner at East Legon and many parts of Accra, has been married for 15 years and has two children, none of whom biologically belongs to her husband.

“I discovered my husband was infertile when we got married after two years. But I wanted to experience motherhood. I decided to have artificial insemination. I have never cheated on him. I just got sperm from a willing seller and got two healthy babies. Is that not wonderful?” she asked. In the case of Naomi, she got a young man from the University of Cape Coast, paid him GH¢12,000 and took his sperm, which she used twice to get the babies.

“Sperm is one of the scared commodities for many of us. There is a high demand for it and many young men are going into this venture selling their sperm to help others, who needs it for one reason or the other,” Naomi explained. Hot Business in Ghana – Sperm Selling Business Booming in Ghana

Investigations conducted by ET revealed that due to the huge capital outlay of the process, women have now devised a way of beating the system by getting donors (sperm sellers) whom they take to the Fertility Centres for harvesting at a cheaper cost and then having the sperm induced in their uteruses.

Sperm selling is booming in many parts of the world as well. Recently, a San Francisco man has been named by the US Food and Drug Administration (FDA) for selling his sperm over the internet after helping 14 women become pregnant. The 36-year-old man claims he’s simply providing a free service to women who want to become mothers without going through typical sperm donation process but authorities say he’s a public health hazard.

According to media report, Mr Trent Arsenault generously donates his sperm to women he meets on his website, which features multiple pictures of the slender man acting genetically valuable. Hot Business in Ghana – Sperm Selling Business Booming in Ghana

The FDA claims that Arsenault is running a business that’s in violation of regulations that require sperm banks to have their donors tested for STIs within seven days of donating sperm. Some fertility experts warn that a man who anonymously fathers 14 or more children could be putting those kids at risk for genetic defects as well as one day meeting and having super gross accidental sibling sex with each other.

In a related development, two men from Reading in UK have been sentenced to nine months imprisonment for illegally selling sperm over the internet. Ricky Gage, 49, and Nigel Woodforth, 43, pocketed £250,000 between October 2007 and November 2008 through their unlicensed website, known as Fertility 1st.

Southwark Crown Court jurors said the culprits were able to charge clients £380 for each sample from anonymous donors. The pair, who ran their website from the basement of Woodforth’s Reading home, promised to ‘fulfill the dreams’ of childless couples, charging them an initial £380 to provide contact details from a list of men on their database. These included descriptions of their ‘height, eye colour, ethnic origin, hobbies and education.’ Hot Business in Ghana – Sperm Selling Business Booming in Ghana

After selecting a would-be father, the woman would then pay £150 for sperm to be collected and delivered by an independent courier firm. From this payment, the anonymous donor would receive £50. Hundreds of women seeking to conceive used the service in a year-long period between late 2007 and 2008, with police finding a list of 792 sperm deliveries. Hot Business in Ghana – Sperm Selling Business Booming in Ghana.

For more update on this extra ordinary  venture of (Hot Business in Ghana – Sperm Selling Business Booming in Ghana) follow us on facebook.com and twitter 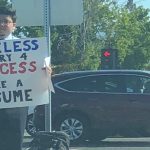 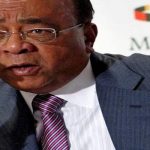