Top Ghanaian pastors and their suspected political parties – Being a pastor in Ghana does not just come with that a grave moral responsibility but also that spark of popularity.

But considering the politically energized temperature of the Ghanaian society, there is no denying the fact that preachers of the Gospel in Ghana have, in one time or the other been convulsed to add some political twist to their sermons or even public utterances.

READ ALSO: 10 insanely rich Ghanaian pastors that you should know about

Well, who are we to judge such actions? Even Jesus Christ, the founder of Christianity, had half of his life story mainly centered on the political battles between himself and the Roman Empire not forgetting the Sadducees and Pharisees!

But how much is too much especially when we often hear of pastors being die-hard supporters of specific political parties? This list of pastors and their alleged political affiliations could lead in such debate.

He commands millions of congregation across the country and also respected as the most influential man in Ghana as at 2016 but senior pastor for the International Central Gospel Church (ICGC), Dr. Mensa Otabil has over the years been perceived to be a staunch supporter of the New Patriotic Party (NPP) considering the various sermons by him which often are arguably skewed against the opposition NDC party.

Suspicions hit an all time high when the said pastor was seen among a team of advisors invited by former president Kufuor for a secret meeting in the wake of the internal crisis the NPP was facing in the lead up to the 2016 elections. Meanwhile, Mensa Otabil has on countless occasions insisted that he has no political leanings.

Known and respected as the father of Protestant Christianity in Ghana, Duncan Williams comes across as the spiritual voice in Ghana especially in times of a national crisis or crucial event which could determine the fate of the country.

He continues to be the prayer warrior for many political leaders in the country including presidents. But one speculation that always get Ghanaians talking is whether he is a staunch supporter if the opposition National Democratic Congress (NDC).

In fact, the founder of Action Chapel was on countless occasions seen with former presidents Mahama, Jerry Rawlings and Atta Mills of blessed memory.

But Duncan Williams maintains that even though he has a close relationship with many NDC stalwarts, there is no way he could be a staunch supporter of the NDC.

The founder of the Glorious Way Chapel continues to be seen as the darling boy of the incumbent New Patriotic Party (NPP).

His strong and unfettered support for Nana Addo was felt in the lead up to the 2016 general elections when he even dared church members to burn down his church should Nana Addo lose the 2016 elections.

And even after the NPP won the elections, the pastor held a special ceremony to celebrate the president and even present him with a ‘horn of strength’.

It must stated clearly that Bishop Obinim has not stated clearly which political party he supports as he debunked claims in the lead up to the 2016 polls that he prophesied a win for the NPP.

But the controversial pastor continues to suffer speculations from a cross section of Ghanaians who believe his allegiance is somewhat skewed to the incumbent New Patriotic Party (NPP).

He is best known for lashing out at his fellow pastors for using dark magic in their line of work but leader of the Ebenezer Miracle Worship Centre, Ebenezer Opambuor Yiadom also falls under the speculation list of pastors or men of God who are die hard fans of political parties.

But one term him as a neutral player since revealing accounts have not been made about his formal allegiance to the two main political parties in the country.

The General Overseer of the Light House Chapel International in Ghana has spent most of his time denying claims of being a staunch supporter of the opposition National Democratic Congress (NDC) maybe because former president Mahama was seen on several occasions visiting his church.

The pastor, is believed to have key members of the NDC taking the front row of his church like the former minister of Science and Technology, Sherry Ayittey.

Herding a flock of millions of Christians both home and abroad, the founder of the Lighthouse Chapel comes along as that highly respected pastor in Ghana today but one issue of speculation about him is his perceived leanings to the opposition National Democratic Congress (NDC).

But it remains unclear which political party the mega preacher belongs to especially when he was heard on radio arguing that both NDC and NPP are the same political party.

During his service to the presbytery as the moderator of the Presbyterian Church of Ghana, Professor Emmanuel Martey has had to fight with key forces from the National Democratic Congress (NDC) who claim the reverend minister propagates the agenda of the New Patriotic Party (NPP).

In fact, the Deputy General Secretary of the NDC, Koku Anyidohu had once argued that the former moderator of the Presbyterian Church in Ghana was propagating the secret agenda of the NPP – allegations he fiercely denies.

According to Prof. Emmanuel Martey; ‘the Presby Church of Ghana doesn’t belong to any party and does not support any party. It has been in existence before all the political parties came’. 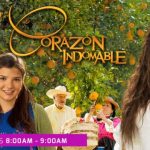 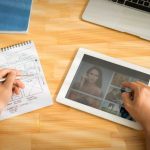