As any woman will tell you, menstruating isn’t cheap. Over the course of her lifetime, the average woman will spend a staggering £18,000 on period products. However, as much as we (very justifiably) complain about tampon tax and the extortionate cost of sanitary items, being able to afford period products each month is something that most of us take for granted. According to a survey conducted by Scottish grassroots group Women for Independence, however, the number of women in the UK for whom this isn’t the case is much greater than we might think.

The survey, which interviewed over 1,000 women in Scotland, found that almost a fifth had experienced period poverty at some point in their lives. Unable to afford the basic necessity of tampons and sanitary pads, many had resorted to using toilet roll, rags, old clothes, socks and newspapers. 1 in 10 admitted to having to prioritise household essentials like food over period products, with 17% of all respondents having relied on charitable sources for their sanitary items at some point, and 22% being unable to change their tampons as much as they would like. Of these, 11% said this had impacted their health in a significant way.

This is, of course, insane. Particularly considering that Scotland is one of the few countries actually doing something about period poverty. In July, they became the world’s first country to provide free sanitary products to women on low incomes with their pilot scheme in Aberdeen. Glasgow airport also recently began giving out free sanitary products to its passengers, and ‘Period Friendly Points’ have been set up across the city providing homeless women with free period product packs.

If these figures are anything to go by, though, these efforts clearly aren’t scratching the surface of the problem. As well as the basic practical and health-related impact of period poverty, the women surveyed reported feeling ashamed and isolated by their inability to afford sanitary products, and frequently admitted to missing out on work, social events, and educational days as a result.

When we hear the words ‘period poverty’, we tend to think of girls in remote, underdeveloped countries, stigmatised and subjected to rituals like the chaupadi practice in Nepal. As these results (which will be released in full next month) reveal, this is also a problem that is much closer to home. While troubling, however, they will hopefully provide Parliament with a much-needed call to action. 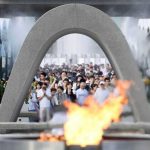