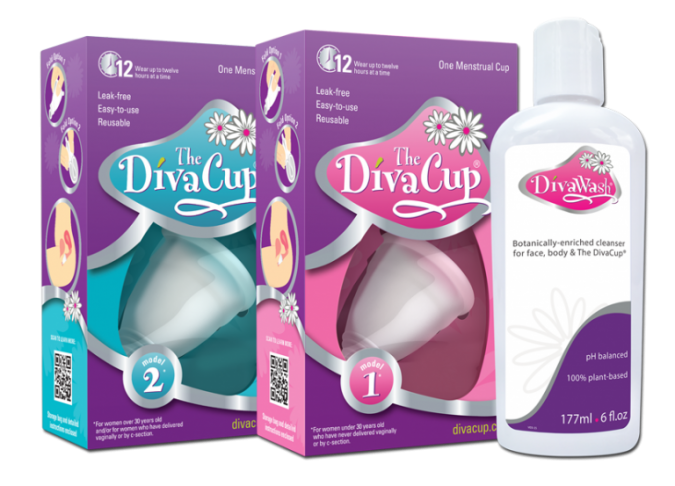 I Tried Using the Diva Cup & This Is What Happened. I think if men menstruated, there would be no sexism or misogyny. Periods are the worst thing ever. I don’t have to explain it to all my sisters out there, but if there are men lurking on this post, imagine peeing a little bit all day for seven to 10 days. No two cycles are alike, but they all suck. Also, add stomach discomfort, cramping, craving crazy food and mood swings. Get this, it happens once a month, every month from around the age of 12 until around the age of 50, give or take a few years.

The DivaCup – A Better Period Experience!

The DivaCup offers up to 12 hours of leak-free protection, comfort and convenience. Enjoy a better period experience! Switch to The DivaCup today!

This is the first time I’ve talked about this stuff publicly, outside of hanging out with girlfriends, and discussing these things with my doctor. But it’s time to shed some light on a subject that shouldn’t be in the dark. Nasty things grow in dark places. This is something that half of humanity experiences all the time. There is someone on their period right now and will be for every minute of every day for like…forever.

I’ve had a rough life with respect to my period. I’ve been overweight since I was in the third grade. If you want to have a messed up reproductive system, try being overweight. I’ve been diagnosed with polycystic ovarian syndrome (PCOS), and the excess fat causes the estrogen levels to be — so the body produces more testosterone to counter it. But that’s not the point of this piece.

THIS IS THE FIRST TIME I’VE TALKED ABOUT THIS STUFF PUBLICLY, OUTSIDE OF HANGING OUT WITH GIRLFRIENDS, AND DISCUSSING THESE THINGS WITH MY DOCTOR. BUT IT’S TIME TO SHED SOME LIGHT ON A SUBJECT THAT SHOULDN’T BE IN THE DARK.

I got my period during the summer between sixth and seventh grade. I was excited as heck! I was a woman now! And the first night I was curled up in a ball, writhing in pain, cursing the day I was born. Then there was the pad. I inherited my mother’s brand. She used Always and I’ve always used Always. Always.

I remember my dad had an open house at one of the power plants he worked at. My mom let me leave the house in white jeans!!! Her advice to me was to sit on my side so I don’t leak. I remember I was mortified when the male security guard had to search my purse and came across my pads. I wanted to die. The next 26 years of my life were a mix of experiences that varied from bad to horrible. This chapter is called “My Journey to the Diva Cup.”

READ ALSO:  Check Out Top 10 States With The Most Beautiful Girls In Nigeria (Photos)

Last week, I was in Target, and remembered that I was out of panty liners. While in the aisle, I saw the Diva Cup. My period was coming any day and it would be a perfect time to start. It retails at around $40 at Target and I was hesitant to spend that much money on something that might not work. I’ve been using tampons recently, and while they were better than wearing just a pad, I still had my fair share of messes and leaks. I tend to have heavy and long periods. In eighth grade, I had my period for three months. And when not controlled by birth control pills, I could be on the rag for six weeks at a time and four weeks later, I’ll get another six week period. I did get very sick and had severely low iron levels. I digress, back to the Diva Cup.

So I didn’t dwell on the price and grabbed it. When I finally did start my period, I decided to wear it the first day just to get used to it. I usually spot for the first week before it gets heavy. Then the next two weeks are spent in sloppy agony. This time though, it was different.

I decided to share it on social media. It’s been a fabulous safe space for us women to discuss issues, debate things, and share my Diva Cupdates, as I would later call them.

I loved it, and it encouraged me to do more posts. I mentioned before that I tend to get very heavy periods. Some years, I’ll get them less than once a quarter, but these days, they tend to lean long and heavy. Which is why I went back on birth control, to do just that: control the flow.

I was worried about the gushes, because those were the enemy to me. Also a sneeze or a cough could ruin my day. What was also strange was that my period started right away. I put the cup in at night, and by the morning, it was a mix of red and brown blood. This is not normal for me. I definitely think the cup had something to do with that, but no way to prove it.  I couldn’t measure how much was in there, because I accidentally tipped it out into the toilet when trying to look at it.

BY THE END OF MY PERIOD, IT WAS A BREEZE, AND I WAS EVEN ABLE TO ROTATE IT LIKE THE INSTRUCTIONS SUGGESTED.

Because I like to measure everything, later, I was very careful to remove the cup and examine the contents. Please save your ews and gags, people do grosser things, like watch videos of pimples being popped.

I WISH I WOULD HAVE USED THIS THING A LONG TIME AGO. I’M THINKING ABOUT ALL THE TAMPONS I COULD HAVE SAVED, AND ALL THE MESSES I COULD HAVE AVOIDED.

In my second cupdate, I wrote that after 4.5 hours of wearing the cup, it was about half full. I sniffed it, and there was no smell. I first wiped it clean, because I wasn’t in a single stall bathroom, and had to put my clothes back on to go outside, but then decided to go out and wash it anyway. I was a little mortified, because I didn’t want people to see me washing it.

READ ALSO:  My 25 years as a prostitute

By the end of my period, I was sold. I am a fan, and I kept it in until almost the end, because I wanted to see if it would capture any clear liquid signifying the end of my cycle. The last two days of my period were barely legal to excuse me from prayer, so I didn’t bother. Now I’m going to shift a little and break it down to the different bits of my experience.

2. Inserting and removing the Diva Cup

This got easier with each time I inserted and removed it. I’ve been using tampons for years, and I’m fairly comfortable with my body. Inserting things into my vagina doesn’t make me squeamish. This review suggested that it be taken out and cleaned in the shower. That would be super messy (think shower scene in Psycho), and at the time, my drain was slow, and my showers would end with my feet ankle deep in my shower water (that’s gross). I washed my feet after, every time. Plus, I think a wet hand would make it harder to pull the cup out.

Speaking of which, pulling it out was fine, as long as it was slow and steady allowing myself to break the vacuum that occurs when it’s put in. I was also super careful to pull it out straight up, so I can see my collection for the day. By the end of my period, it was a breeze, and I was even able to rotate it like the instructions suggested. And as weird as it sounds, my body would just suck it in. The little nub that protrudes from the end of the cup was easy to grip for me, as long as I used my nails. And when it was full or almost full, it would hang out of me a little lower. Making it even easier to remove.

Thankfully, I did not have any major leaks. I even stopped wearing a pad after the first day, and just stuck to panty liners. That is a major shift for me. I normally wear blanket-sized pads because my periods can be that heavy, even with tampons. I knew when it was full, because it kind of sloshed around, and felt like a gush.

READ ALSO:  The rebirth of Johannesburg as a destination for travellers

4. What about the clots?

I wondered about the clots, because that is what takes my period from bad to horrendous. You can google what it is, I never cared to know. But I always imagined that it was the food that the baby I didn’t have was supposed to live on (like Renesmee). This is what caused the cup to fill up almost to the rim. They felt different this time, because it felt like it was being delivered. I got a cramp and felt something pass out of me. I don’t usually cramp, but that was painful. And that was the one time I leaked, but it’s still nothing compared to my past.

It was easy the first time I washed it, but after that it was sufficient to just wipe it clean with toilet paper. And when I was in a situation where I had access to the sink, I would wash it out. And when my period was over, I placed it in the little cotton bag that came with it. It’s sitting in my bathroom drawer waiting for my next period. I may or may have not hugged it.

The DivaCup – A Better Period Experience!

The DivaCup offers up to 12 hours of leak-free protection, comfort and convenience. Enjoy a better period experience! Switch to The DivaCup today!

In summary, I wish I would have used this thing a long time ago. I’m thinking about all the tampons I could have saved, and all the messes I could have avoided. I’ll remember that every time I see a stain I couldn’t get out of my underpants. There are no surprises, and no last minute runs to a pharmacy to get tampons because I forgot them at home. It can be removed and dumped out in any bathroom situation, cleaned up and put back in with little or no fanfare. I’m scared, though, that I’ll drop it in the toilet one day.

I can honestly say that the Diva Cup changed my life in a mere week. And my period will never be the same.

Feel free to *ask me anything* on Twitter at @EmanHAly. There is no question that will gross me out or offend me.