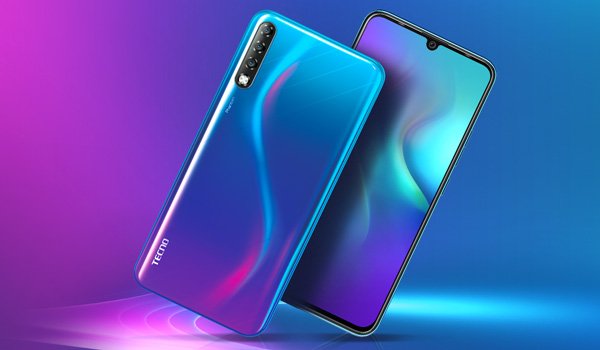 Top 5 Best Tecno Phones Right Now 2021 . If you like Tecno products, you may already have one or more of the great products mentioned in this article, but these are products that everyone should know about because they are simply the best!

The Tecno Camon 16 Premier could be the best Tecno product ever produced. Camon 16 Premier ticks all of the important specs of a top-range device. It is optimized for games with an 8 gigabyte RAM on an Helio G90T processor and a 128-gigabyte storage space.

It charges at a speed of 33W and a lasting battery life of 4500mAh, a 64MP quad-camera, and a 90Hz renewable display. Its equivalent price, converting from naira, is a sum of one hundred and twenty thousand nairas.

Tecno Camon 16 Pro is a similar phone to Tecno Camon I6 premier but the little difference between these two phones is that Camon 16 tries to reduce some of its specifications just to bring down the price and to ensure affordability and to make Tecno fans enjoy the Camon Experience. Unlike the Camon 16 premier, Camon 16 pro is less than a hundred thousand nairas.

Also, while Camon 16 Premier has a 1080p resolution panel and a 90Hz refresh rate, Camon 16 Pro has a 720p panel, its refresh rate is reduced to 60Hz. You will most definitely get a Mediatek Helio G70 processor and the 64MP quad rear camera is still very intact.

This is to tell you that you are getting almost the same design as with the Camon 16 Pro, same screen size, and same 64MP quad rear camera. Tecno Camon 16 gives you a generic 2MP macro lens as opposed to that 8MP ultrawide sensor in the Camon 16 Pro and the Premier version.

Just know that if you don’t have up to a hundred thousand nairas for a Tecno Camon Pro or premier, you can also buy the ordinary version of Tecno Camon and have the same feeling.

Even though Tecno Camon 15 Premier launched in the early months of 2020, it still made the list. Tecno Camon 15 versions are 6.53 Inches and have a 1080p display feature. The Tecno Camon 15 has no outside front camera feature. Its 32 MP camera is carefully hidden inside the phone’s mechanism.

However, the back camera has a 64MP. It also comes with a RAM of 6 Gigabytes and internal storage of 128 Gigabytes. A Mediatek Helio P35 chipset makes up the processor and a long-lasting 4000mAh battery keeps the phone running. Lastly, you don’t have to bother about the price range for the phone, it is budget-friendly and affordable.

The release of the Tecno Pova is the start of a new series of phones. This phone is especially known for its extreme gaming capacity and it is popularly recommended for gaming enthusiasts. No wonder it was marketed as a gaming phone as at its release.

Think of getting a gaming phone that is also affordable, Tecno Pova should be topping your list.

Tecno Pova gives you an Helio G80 processor, a 6000mAh running battery with a fast-charging feature of 18W charging speeds. It is 6.8 Inches 720pLCDy.

The product does not give you a good camera experience, with it giving you a 13MP quad rear camera and a 8MP front camera. It is safe to say that if you want a phone with good gaming quality and you don’t care about the other specifications, then Tecno Pova should be your choice. Top 5 Best Tecno Phones Right Now 2021

READ ALSO:  MTN Ghana Mobile Money: Everything You Need To Know! [MUST READ]