There are many advantages of visiting South Africa. Not only is it is a fun place to go to, but when you go there, you will be provided with the opportunity to try out things that you would have never thought of doing. It is an excellent place to be with family and friends. If you still need some convincing about whether or not your plan to go to South Africa is good, you should read ahead and see some of the reasons why visiting South Africa is the best vacation plan for you! Reasons Why You Should Visit South Africa For The Holidays

Reasons Why You Should Visit South Africa For The Holidays 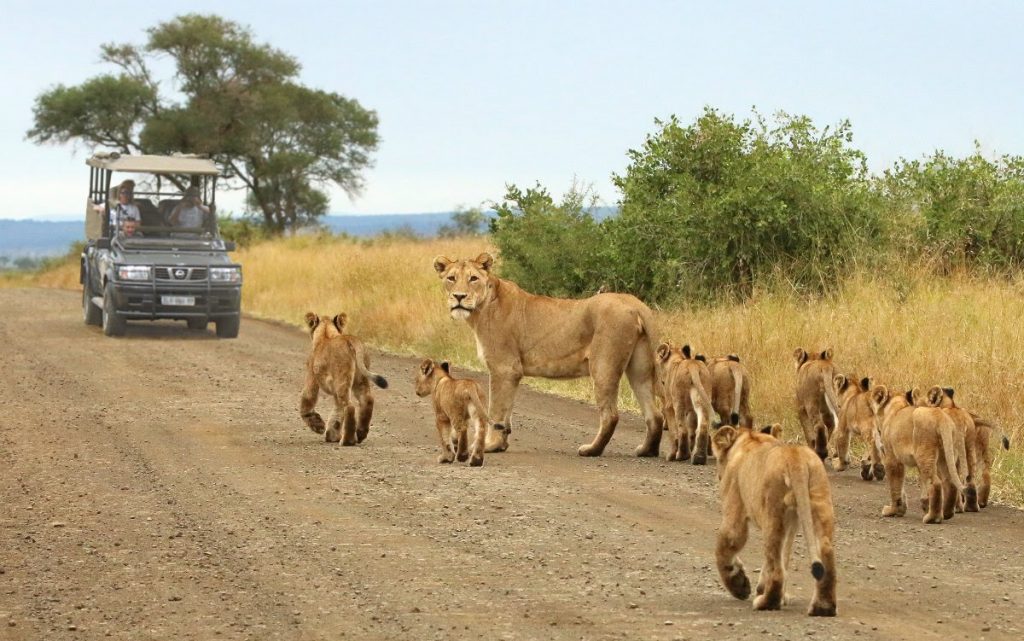 Despite the fact that South Africa is the most modern country of Africa, there are many other attractions that draw the attention of the people towards the country. It has a vibrant culture with wonderful outdoor attractions and various untamed wildlife that you can only find in Africa. You can have a tour guide you throughout the beautiful places of the country and have a great time with your family.

If you are fond of discovering new wild animals that you have never seen before, then Africa is the place. Kruger National Park is situated in South Africa. It is one of the oldest game reserves in Africa. You will find 145 kinds of mammals, 114 types of reptiles, 34 types of amphibians, more than 335 species of trees, 49 kinds of fish, and 507 kinds of birds that will definitely leave you in awe. Reasons Why You Should Visit South Africa For The Holidays

The currency of South Africa, the South African Rand, is considered to be weak as compared to Dollars, Pounds, and even Euros. This is a great advantage to people as this provides them with more buying power. A dollar presently trades in for around seven Rand while the British Pound is equal to 14 Rand. The Euro is equivalent to 10 Rand. With such a great currency conversion, you are bound to experience some of the best parts of South Africa without having to empty your pockets or wallet.

4. No Need To Worry About Language

You will not need a language translator as nearly everyone in South Africa speaks English. If you too speak in English, then you will not have to face any communication issues which makes this a great experience because you can easily mingle with the people and have an even better time.

5. The Home To Excellent Biodiversity

Even though South Africa owns less than 1% of the land surface of the world, it has 10% of the world’s bird, fish, and plant species, and 6% of the world’s mammals. It is the one country that owns a floral kingdom of its own. The Paleotropical Floral Kingdom extends across vast areas of the Pacific Ocean, Africa, and Asia. It has 9600 species of plants out of which 70% are unique and do not grow anywhere else in the entire world! Also, it has penguins! Large colonies of Jackass Penguins lives outside Cape Town. It is a fact that surprises people, but people just can’t get enough of these cute creatures. Reasons Why You Should Visit South Africa For The Holidays

South Africa is known to have a great blend of a number of people of Asian, African, and even European cultures. This country is sometimes referred to as the Rainbow Nation. The Afrikaners of the Dutch, the whites from British ancestry, people of Indian culture, and so much more can be found here. You will find different food items being sold here allowing you to try new things such as samosas, curries, and cured biltong. Art is another great part of South Africa.

You can take your family to Coffee Bay, a famous beach of South Africa. Besides this certain beach, there are many other beaches in South Africa that are famous for their deep blue waves that break on the shore. Cape Town arguably has the best urban beaches in the world, from fashionable Camps Bay close to to the city centre to Boulders Beach with its comical colony of endangered African penguins which waddle about. All the way along South Africa’s Garden Route and kwaZulu-Natal’s Indian Ocean coastline you’ll find long stretches of pristine golden sand lapped by waves that become warmer and warmer the further north you go – there are even tropical coral reefs and excellent diving and snorkelling at Rocktail Bay.

READ ALSO:  How To Book Flights And Check In Online ✔

It is a very sunny country that experiences more than 300 sunny days every year. However, it has an inviting and warm climate, even during the winter. The climate is absolutely perfect, not too hot and not too cold.

9. It Is A Modern Country

There is so much to see here with advanced services at every place you go. Cities like Pretoria, Cape Town, and Johannesburg have the services, restaurants, entertainment and offerings that you would expect in European and African cities. Reasons Why You Should Visit South Africa For The Holidays 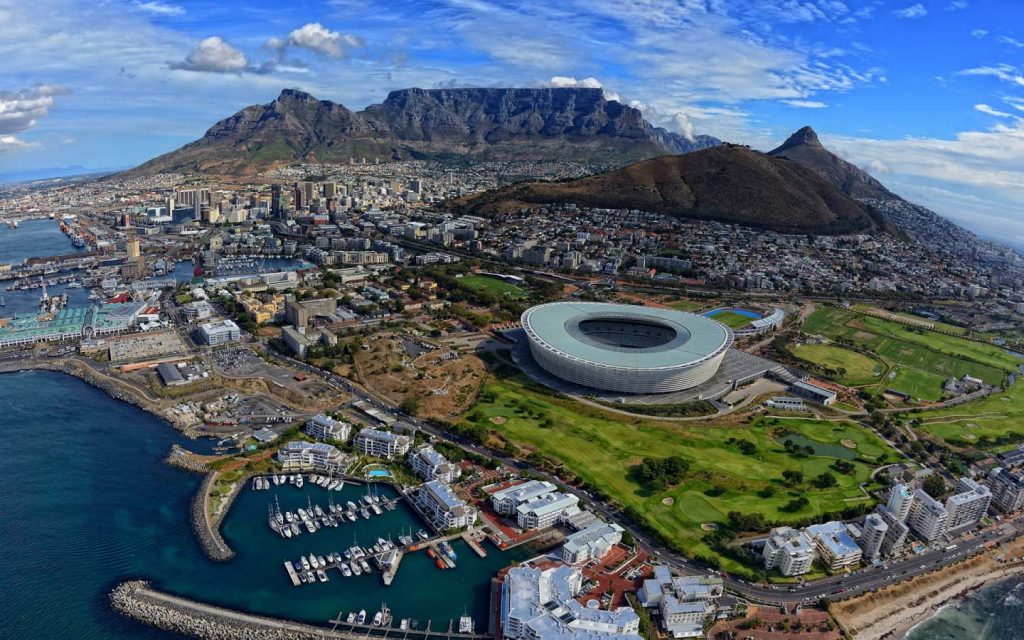 People absolutely love this city. It is one of the most beautiful cities of the entire world with a great western influence, natural beauty, and wonderful African culture. It is the sister city of San Francisco.

That’s lion, elephant, Cape buffalo, leopard and rhino, in case you weren’t sure. And then there’s hippo, giraffe, wildebeest, zebra, meerkats, wild dogs, kudu, hyena and ostrich (including ones you can ride at Outsdhorrn) 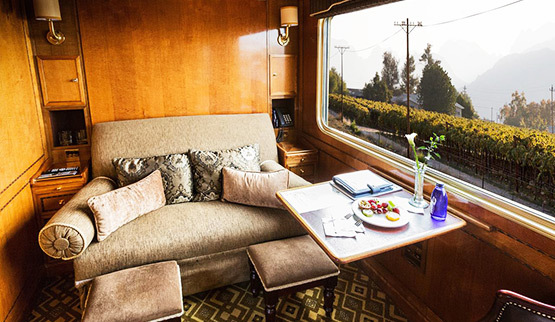 12. It’s Got One Of The Best Luxury Train Trips In The World

Got £800 to spare? The luxurious Blue Train route covers the 994 miles between Cape Town and Pretoria in 27 hours, with one stop in each direction – the fashionable old town of Matjiesfontein in the Karoo on the northbound journey, and the historic diamond-mining town of Kimberley on the journey back. Mark Smith, the Man in Seat 61, says: “Meals and drinks (and even Montecristo Havana cigars) are included in the fare, and there is an extensive list of South African wines available. You probably won’t be able to drink £800-worth before you reach Pretoria, but you can have a damn good try…” 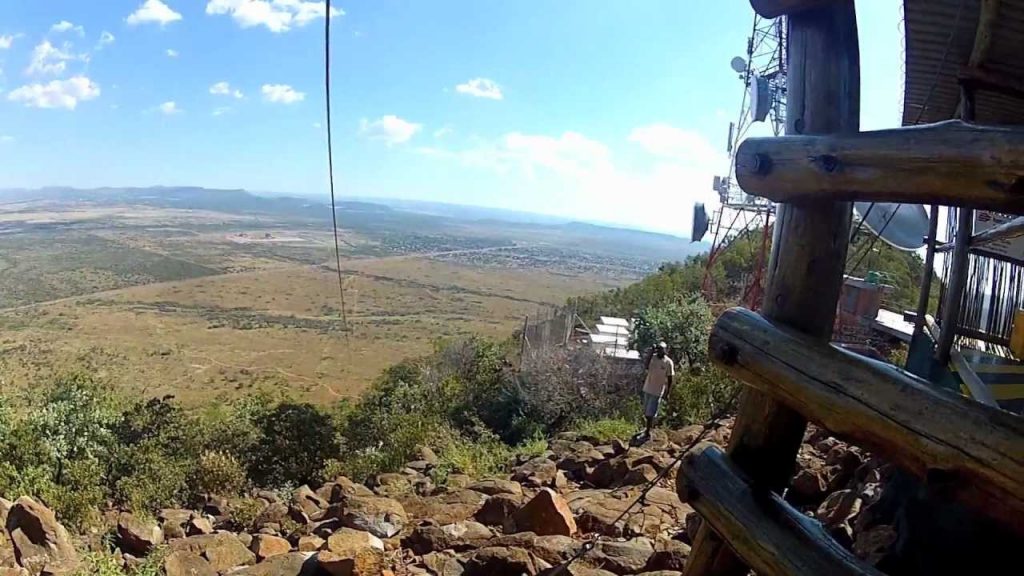 13. There Is The World’s Fastest “Zip Slide”

Which tops out at 75mph. It’s found in Sun City.

Not just in any country can you go to the beach and expect to see penguins but in South Africa you can. There is a colony of 3,000 penguins that live in and around Boulders Beach in Cape Town, South Africa. Also if you are so inclined you can visit SANCCOB a sea bird rehabilitation centre with the majority of its residents being penguins and you can arrange for a private behind the scenes tour. You might get a chance to pet Rocky the resident rock hopper penguin and you can even adopt a penguin! You aren’t allowed to take it home though sadly.

Your kids will love it! South Africa has plenty of child-friendly accommodation and loads of great options for a family holiday: Cape Town and the Garden Route are particularly popular for a beach break. For a family safari, we recommend the Pilanesberg, Madikwe or one of the Eastern Cape reserves – all malaria-free with superb game viewing. For loud, unrestrained whoops of joy, try thrill-a-minute Sun City, a fantasy resort that even has a sandy ‘beach’ and ‘ocean’ built in the middle of the bush, less than a 2-hour drive from Johannesburg. Reasons Why You Should Visit South Africa For The Holidays

If you are bringing young children on safari for the first time, ask your Africa Safari Expert to find you a lodge that is geared for kids: many have amazing junior rangers’ programmes, shorter game drives, educational games and special play areas with trained nannies. Long game drives can be tough on little ones but gentle nature walks with trained guides that teach them about bugs, birds and blooms can be very exciting.