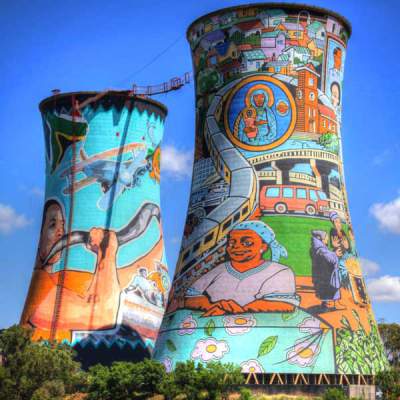 This peninsula is an absolute beauty. Cape Peninsula has unique scenery of tabletop mountains landmarks and exotic beaches. Also, the large shopping centers, the nightlife, the food as well as the wine make this place an interesting place to visit, without forgetting the cultural attractions in the western cape.

The green valleys of wine land are known to produce excellent wines. They are also known to attract foreigners that want a taste of these award-winning wines.

Kruger Park is the largest game reserves in South Africa and one of the largest in Africa.. With over 500 species of birds, more than 100 species of reptiles and about 33 amphibian species, this park is home to diverse wildlife. Kruger National Park is among the best place for vacation.

Johannesburg is the second largest city in South Africa. It is popularly called the city of Gold. This name comes from the Crown mine, which is one of the richest gold mines in the world. Also, there are museums of interest in Johannesburg which include the Apartheid Museum and the Liliesleaf Farm Museum.

This is a popular UNESCO heritage site. Robben Island is known for holding political prisoners, the most notable figure held during the apartheid was Nelson Mandela. Also, the island has a diverse history – it was once a leper colony as well as a mental hospital.

This is another major center of tourist attractions in South Africa. It is the third largest city and it has the busiest port in the country. Durban is famous for its “Golden Mile” with a network of beaches filled with surfers.

Krugersdorp is a historical site where scientist first discovered fossils. It is also called the cradle of humankind. The earliest known ancestors of mankind are said to have evolved from this place. Krugersdorp is one of the major landmarks in SA.

Also known as the garden province, KwaZulu-Natal is UNESCO world heritage site, so its easy to why it made our list of top 10 tourist attractions in South Africa.

Located in the South Western part, Garden’s route has an oceanic climate and this region has the second mildest climate in the world. Some of the important sites include Tsitsikamma National Park and Fairy Knowe Station.

Soweto is known for its struggle for democracy. Some of the historical places in Soweto include the Hector Pieterson Museum and Memorial, June 16 Memorial Acre and Credo Mutwa Cultural Village