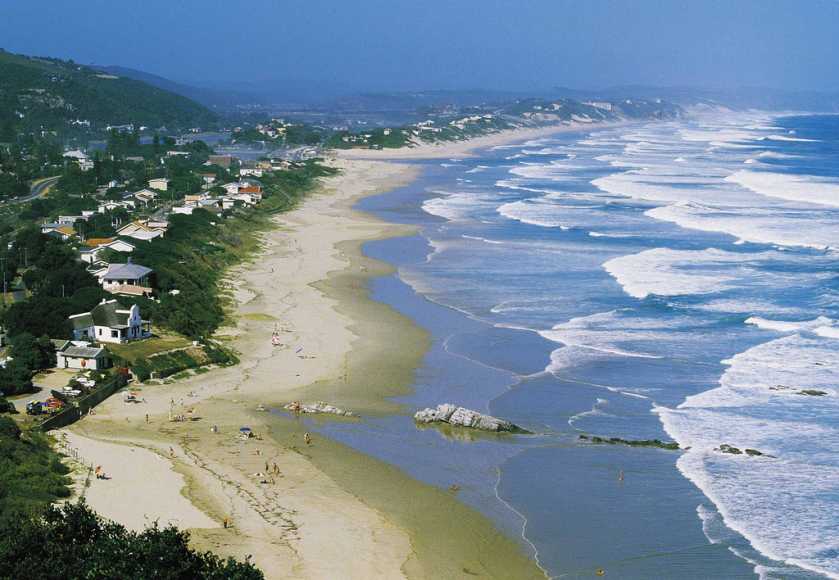 These are Travel Facts about Africa You Need To Know. According to the 2014 UN World Tourism Organization report, Africa achieved a 2% increase in tourism in 2014 reaching an estimated $36 billion in revenue from $1 billion the previous year. International tourist arrivals in the African region were highest in sub-Saharan Africa with an average 3% increase from the previous year. This was higher than the North African region, which only increased by 1% due to geo-political conflict and the Ebola virus as the main curbs to growth. Travel Facts about Africa You Need To Know.

The World Travel and Tourism Council reports that tourism and travel contributed 8.5% to the continent’s GDP, which is an average amount of $177.8bn, and it also contributed to 2.9% of employment in hotels, travel agents, airlines and other passenger transportation services, restaurants and leisure industries. Leisure is the main reason that tourists visit Africa.

Intra Africa travel is relatively popular on the continent; however the majority of visitors traveling to the continent are visitors mainly from North America, Asia and Europe. Intra Africa travel occurs regionally mainly due to the close proximity of countries, and also, visa requirements among regional countries are not as stringent as requirements for nationals outside the specific regional bloc. It is also cheaper to visit neighboring countries or countries within a regional bloc in terms of traveling transportation.

Travel Facts about Africa You Need To Know

In South Africa, Africa continues to account for the largest share of arrivals, particularly from Southern African regions. In Tanzania, China, Poland, and Canada accounted for the highest number of visiting tourists, with Morocco, Mozambique, Senegal, South Africa, Nigeria, Rwanda, Angola, Ethiopia, Benin and Mauritius accounting for African nationals that visited the country for tourism purposes. Uganda accounted for the majority of African visitors to Kenya. In Rwanda, majority of visits were from regional nationals from DRC, Uganda, Burundi, Tanzania and Kenya which accounted for 81% of all tourist activity while non-African nationals accounted for 16% of all travel. In Botswana, the US and UK account for the majority of international tourists while SA, Zimbabwe, Zambia and Namibia account for the majority of African travelers. Morocco also attracts regional visitors from Spain due to its close proximity to the country and other European countries in that region, as well as visitors from Algeria.

Intra African flights are generally expensive, ranging from $461 to well over $972 on average, which is mostly unaffordable to the majority of people living on the continent. A flight to Madrid from Johannesburg starts at an average price of $519, whereas a flight to Marrakech in Morocco can start at an average cost of $1,038 with 2 stops in between from the main airline suppliers which are Qatar Airways, British Airways and Air France, Max Travel.

Strides have been made in visa regulation to make African travel easier and more accessible to Africans wanting to tour the continent; however, this mainly occurs regionally. Passports are the main requirement for touring most African countries, the Republic of Seychelles being a prime example as only a passport and other documentation are required upon entry into the country, and for regions that do require a visa, the application fee can be hefty as it starts at an average price of over $50. Travel Facts about Africa You Need To Know.

Africa is still a great travel gem to be discovered, filled with abundant wildlife, diverse aquatic life and some of the world’s best beaches and friendliest people. Here are Africa’s Top 10 Travel Destinations that are a must-visit for any avid African traveler: These are Travel Facts about Africa You Need To Know

Kenya is an East African paradise filled with abundant wildlife, mountains, flora, fauna and islands. It’s an ideal destination for family holidays, and the best time to visit is between October and March. Enjoy the tranquil island of Lamu, where you can enjoy rolling dunes, endless beaches and narrow bustling streets where no vehicles are present. Tucked away behind the dunes of the island are yoga wellness retreats where you can go individually or join a group yoga retreat to reconnect with yourself, nature and the universe. The island is rich with friendly people nestled among coconut and mango plantations, with dhow ferries being a truly island paradise method of transportation upon arrival from Manda Island.
Malindi and Watamu are just as breath-taking with best of tropical beaches, pearly white sands and relaxing hideaways. The islands boast with spectacular coral reefs and diversity of marine life, as well as the historic Gede Ruins in Watamu for a touch of the island’s history. For the traveller who is wild at heart, immerse yourself in bird watchers’ paradise of Lake Nakuru and enjoy the wildlife sights at the courtyard of Mount Kilimanjaro, the Amboseli National Park.

READ ALSO:  How to Apply for Spain Visa in Ghana

A further variety of accommodation tailored to your specific budget can be found on the Tourism Kenya website. Fly to Lamu from Nairobi, Mombasa, Diani Beach and Malindi at a cost ranging from $198 to $331 via Air Kenya, and a flight to Watamu and Malindi will cost from $231.

A visa is required prior entry into the country and you can apply and pay for it online. The cost starts from $50. Tourists who do need a visa for a stay of 30 days of less in Kenya include tourists from Uganda, Ghana, Sierra Leone, Zambia, Botswana, Mauritius, Namibia, South African, Tanzania, Burundi, Seychelles, Lesotho, Malawi, Rwanda and Zimbabwe. Travellers who want to visit Kenya, Rwanda and Uganda simultaneously can apply for an East Africa Tourist Visa at a cost of $100. Kenya’s official language is Swahili and words and phrases to know are available on the tourism site so that travellers are able to communicate with locals. Planning for your trip and bookings can be done via the Tourism Kenya site or via a travel agent.

The 115-island country with the smallest population of any African state, the Republic of Seychelles, is a hidden gem located in the Indian Ocean and is perfect for a romantic getaway. The Outer Islands of Seychelles are the less visited of the island-country, offering pristine beaches, lonely rock outcrops and untouched habitats for many species of wildlife. The Outer Island groups, namely Alphonse and Desroches, currently offer luxurious lodges for accommodation, as well as idyllic and untouched spots for fishing, sailing and diving.
The best and most interesting facet of the Seychelles is their multi-ethnic population comprised of peoples from all four corners of the earth. Every nation is represented on the island, including freed slaves, European settlers, political exiles, adventurers, traders of Arab and Persian origin as well as Chinese and Indians. Creole (a lilting, French-based patois), English and French are widely spoken in the Republic, and knowing a few phrases makes your stay more enjoyable as you’ll be able to interact with the locals.
Travel to the main island via Air Seychelles, and get to the Outer Islands via Zil Air. No visas are required to enter the country, however a valid passport, return or onward tickets, proof of accommodation including contact details and sufficient funds for the duration of the stay are all documents that will need to be shown in order to obtain immigration clearance at the Seychelles International Airport. Travel Facts about Africa You Need To Know.

When visiting the Outer Islands, you can stay at the beach front resort of Alphonse Island at a cost of between $3,689 and $9,497 per night per person. Another exquisite resort is the Desroches Island Resort on Desroches Island. The prices ranges from $1,101 to $2,202 per double room per night. When on the main island of Mahé, a popular hotel is the Hilton Seychelles Northolme Hotel & Spa, which is a 5-star resort offering the most scenic views of the Indina Ocean and spectacular sunsets. Prices range between $557 and $807.

Advice for travellers in South Africa

Where can you smoke?

The law prohibits smoking in public spaces, including airports and railway stations. Most restaurants and pubs have designated smoking and non-smoking areas. No one under the age of 18 may buy cigarettes, or enter a designated smoking area. Both the venue operator and the smoker can face stiff penalties if they ignore the law.

Tipping is common practice in South Africa for a range of services. In restaurants the accepted standard is around 10% to 15% of the bill, although sometimes a gratuity will be included (often in the case of a large party). Barmen are tipped a similar percentage.Petrol stations are staffed by attendants who can be tipped around R5 to R10 for filling up with petrol, checking oil, water and tyre pressure, and cleaning windscreens. Hotel porters are tipped around R20. It is also appropriate to tip taxi drivers, tour guides and even hairdressers.If you park a car in a populated area such as near a shopping centre, informal car guards will usually ask whether they can watch over your car and, in return, should be paid a small fee – anything from R5 upwards.

Travel Facts about Africa You Need To Know.