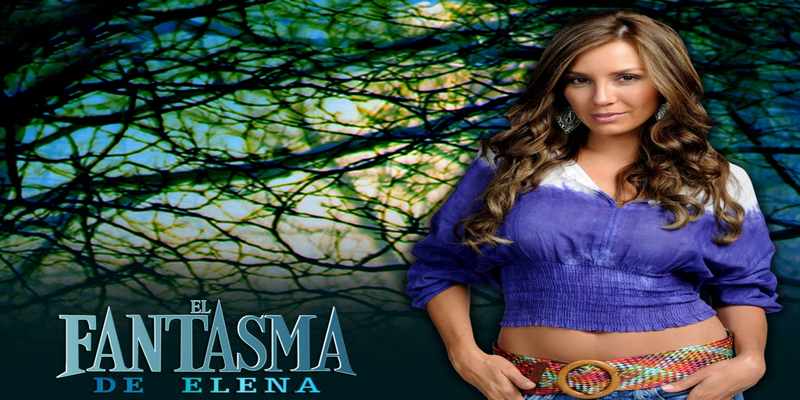 Elena’s Ghost Telenovela Full Story Book (PDF) – El Fantasma de Elena (Elena’s Ghost) is a Spanish-language telenovela produced by the United States-based television network Telemundo. The first season comprised 117 episodes transmitted in the USA from 20 July 2010 to 7 January 2011. As with most of its other soap operas, the network broadcast English subtitles as closed captions on CC3.

Related:  Get The Full Story Of Unloved – La Malquerida Telenovela

It stars Elizabeth Gutiérrez and Segundo Cernadas as protagonists and Ana Layevska as the main antagonist in a double role (Elena & Daniela).

Young and beautiful, Elena and her widowed father, Tomas manage a small but excellent hotel on the ocean shore in Key West. Raised in her father’s shadow and shielded from the maternal side of her family, Elena has never known true love. That is until she finds Eduardo unconscious in the middle of the forest, and Elena falls hopelessly in love as she nurses him back to health.

The rich, young businessman is equally passionate, and they’re married in an impromptu ceremony on the beach. Elena joins Eduardo in his mansion, where he resides with several family members and household staff. From a photograph, Elena learns about Eduardo’s deceased wife, also named Elena, who died in a tragic accident on her wedding day. The new bride isn’t given the warmest of welcomes to the castle, but it’s the screams and moans coming from the castle’s tower that most terrify Elena.

Additionally, she begins to find out that her husband and his brothers belong to this mythological race, which hides many secrets and conspiracies. The twists and turns of the ocean-front locale mirror a storyline intertwined with secret loves, unusual characters and a mysterious aura. Kico spins a web of mystery and chance, until we discover the secret behind Elena’s Ghost.

Elena Lafe (Elizabeth Gutiérrez) is a talented horse rider and a very young and beautiful woman whose life is about to change from the moment she finds Eduardo (Segundo Cernadas) in the middle of the forest. She takes him to her father’s hotel and takes care of him. They fall in love and later get married. She and her best friend Laura (Wanda D’Isidoro) move to his mansion, where they receive a cold welcome from Eduardo’s relatives. Elena learns from Corina (Maritza Bustamante) about the relationship Eduardo had with Elena Calcano (Ana Layevska) who was to be his wife, but committed suicide on the day of the wedding, after having been left at the altar. Elena also has a twin sister named Daniela (Ana Layevska) who has got mad after Elena’s death. From this moment on, Elena Lafe will have to confront a ghost who wants revenge, a witch who casts spells on her, the half brother of Eduardo, a very strange man, a crazy twin sister who wants to kill her and hundreds of secrets that will change her life forever.

Later on in the novela it is revealed that in fact Elena Calcano has been pretending to be Daniela all these years and that she was very much alive and the one that died was Daniela. She puts the mansion on fire and kills various characters including Elena Lafe’s step mother. A war begins between the two for Eduardo’s love. Elena Calcano remains officially Eduardo’s wife.Elena Calcano lies to Eduardo and said he would sign the papers for divorce.She poured something into his drink, and then she lied down beside him, waiting to Elena Lafe comes and finds them together.After that, Elena Lafe saw them and Elena Calcano tells her that she and Eduardo made love.Elena Lafe looks for revenge. She marries Montecristo (Fabian Rios), leaves Eduardo and Elena Calcano in penury, so that they have no option, but to work for her.

The things get complicated after she finds out she is pregnant with Eduardo’s child, but lies to everybody pretending it is Montecristo’s. After the birth, Elena Calcano steals the child, says it is hers and tells Elena that her child died after the birth. Elena Lafe goes mad and leaves the mansion, disappearing with a doll which she believes to be her child. She is later found by Eduardo who doesn’t know Elena Calcano’s baby is in fact Elena’s baby. Finally Elena Lafe is kidnapped by Montecristo and ends up in the Mafia’s hands. She is rescued by Eduardo and returns to the mansion. The twin steals her baby again and throws the mansion in the air by means of a bomb, believing she had killed Eduardo.

Elena Lafe, hurt after all she had lived, looks for a final revenge. She orders the death of Montecristo, seduces and entraps the boss of the Mafia, and takes him to the police. Meanwhile, Eduardo is on the streets with no memory and the twin plans to kill Elena’s baby. Montecristo fights with some prisoners and is killed.

In the end, Elena finds Eduardo and her child who is being rescued. The twin goes mad and ends up in asylum where she dies. Elena Lafe and Eduardo live happy with their children.