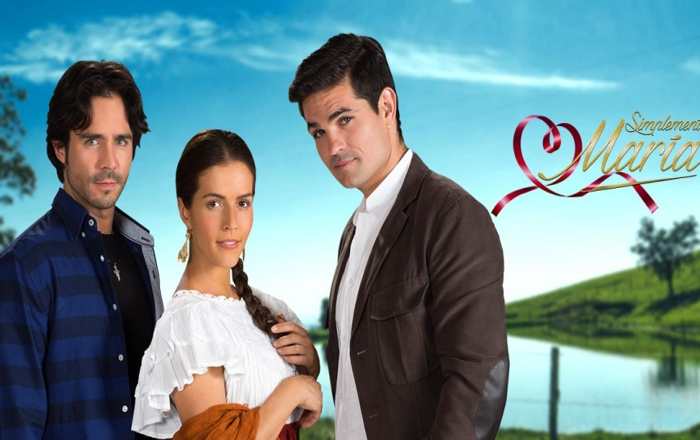 María, is a young, beautiful yet naïve woman. Maria fled her beloved hometown after being harassed by Isauro, a man that she does not want to be with. Upon arriving in Mexico City, Maria dazzles Alejandro Rivapalacio with her beauty; and the handsome medical student, heir and successor of the medical empire his family own, sets out to conquer her at all cost.

María falls in love with Alejandro and becomes pregnant. Maria is excited and happy that she will have a baby with the man she loves. However, her hopes and dreams are dashed when she becomes aware that Alejandro is not willing to marry her. María resolves to move forward alone with her son, who will be her reason and motive to survive and conquer all obstacles in her way in order to become a high end fashion designer.

Twenty years go by and Cristóbal confesses his feelings to María but she no longer believes in love. Despite Maria’s rejection Cristóbal decides to give María time to heal her wounds in the hopes he can convince her of his love. Alejandro returns to Maria’s life and a love triangle ensues between them. Love rivals make every attempt to destroy Maria’s chances at love and through all the adversity, tribulations and obstacles, Maria fights to reach her dreams of success and maybe even find true love. Simply Maria / Simplemente María Telenovela Full Story.

READ ALSO:  If Only I Were You Telemundo Telenovela Full Story
Get More Customers and Grow Your Business. Advertise Your Business for Free on Ghana Businesss 🙂