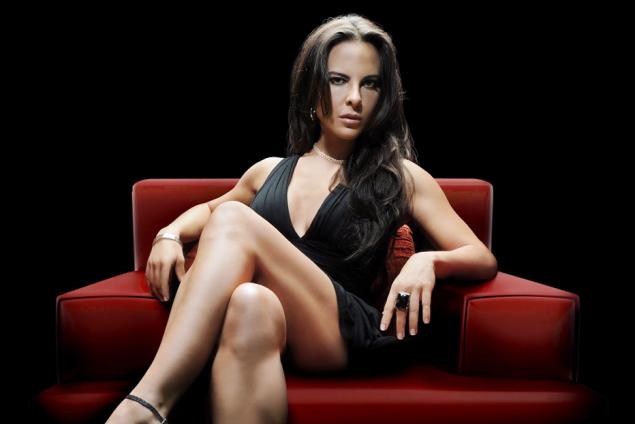 Guns, drugs, fast cars. Not typically the stuff of telenovelas, which generally traverse human emotions rather than the seamy underworld of drug kingpins and drag racers. But two new telenovelas, both from Telemundo Studios, turn the genre on its head. La Reina del Sur (Queen of the South) is about a narco-trafficker bent on avenging the murder of her drug-smuggler lover. And RPM Miami explores muscle-car culture and the underground world of drag racing.

These aren’t just bracing, unorthodox shows: They’re a David-on-Goliath challenge to the heavyweight of the telenovela game, Univision, which pulls in about 75 percent of the U.S. Hispanic viewership share with a slate of traditional programs and is now big enough to top NBC in the key demographics. But Telemundo, with its far more modest profile, is going after an acculturated Latino audience and reframing the possibilities of a field whose viewership continues to grow.

If Univision has years of viewer loyalty and ratings on its side, Telemundo is also gaining traction. And the time is now: Census data showing a 40-plus percent increase in the Hispanic population in the U.S. in the past 10 years makes this urgent. There’s too much money at stake to stand still. Most Expensive Telenovela Queen of South Telenovela stealing TV’s Networks

Telenovelas embody the deep romanticism of Latin culture. Their stories are melodramatic and often explosively sexual: The long and deep eye-lock between star-crossed lovers is as much a telenovela staple as the Latin soundtrack and plunging necklines — on women and men. Brimming with passion, heartbreak and family rivalries and often ending with a wedding, these programs reflect not just the temperament but the aspirations of a society shaped by immigration.

The actors whom viewers eagerly invite into their homes each night are revered and worshiped. Fernando Colunga and Lucero, stars of Univision’s blockbuster Soy Tu Duena (Woman of Steel), are superstars who grace red carpets and magazine covers. Lucero’s 1997 wedding to singer Manuel Mijares was a national event in Latin America: More than 40 million viewers watched the nuptials on Mexico’s Televisa alone.

The record $10 million budget for La Reina — Telemundo’s highest-rated and most expensive telenovela — illustrates just how much of a gamble this is. The Feb. 28 premiere attracted 2.4 million viewers; in Week 2, it beat all English-language networks among viewers ages 18-34 in the 10 p.m. slot. Like all of Telemundo’s telenovelas, it’s subtitled for English viewers.

RPM Miami premieres May 1 as the first original scripted series for Telemundo cable network mun2, which targets younger viewers with a mix of music and pop-culture programming in English and Spanish. Despite some key differences — RPM Miami will air weekly instead of five nights a week, for instance — the project shares the genre’s romantic overtones, beautiful Latin cast and themes of self-improvement and striving. RPM Miami will reflect a bicultural reality with dialogue best described as Spanglish.

“This is a high-water mark for us,” says Don Browne, president of Telemundo Communications Group. “We were doing nothing in terms of original content in 2003, and now we’re the second-largest producer of Spanish-language content in the world.”

For all of Telemundo’s growth, it’s still a ratings also-ran behind Univision, which topped NBC in the younger demos (18-34) to become the fourth-rated broadcast network in primetime in February and March. As both networks are trending up, most English-language broadcasters are shedding viewers.

Univision’s traditional telenovelas continue to be the network’s highest-rated entertainment programs. On Fridays, telenovelas Eva Luna and Triunfo del Amor (Triumph of Love) have been the most-watched scripted programs on all of TV.

“Networks are incorporating Hispanics in programming, and not in a segregated way. We’re diverse. We’re not all maids or gardeners.” — Beatriz Acevedo, President of HIP Entertainment Group

Eva Luna, the inaugural series from Univision Studios, is about a female advertising executive looking for love. Since its November premiere, Eva Luna has averaged 4.4 million viewers and routinely tops English-language series in the 18-34 demo. Soy Tu Duena is a three-hanky love story complete with an at-the-altar jilting. More than 7 million viewers watched the finale in December. If such programs aren’t on the cutting edge creatively, they are reliably popular. Most Expensive Telenovela Queen of South Telenovela stealing TV’s Networks

While Univision’s ratings are remarkably stable, the network’s executive suite is in the midst of a transition, with Joe Uva set to step down April 2 after four years as president and CEO. The move comes two months after Uva hired former AOL and NBC executive Randy Falco as COO.

Uva, a former advertising executive at OMD and Turner, leveraged his relationships on Madison Avenue to grow the company’s ad sales. He also steered Univision through protracted legal battles with Grupo Televisa, which has an ownership stake in Univision and supplies the network with a majority of its telenovelas.

Haim Saban, Univision’s chairman, has said he will take on additional responsibilities while he searches for a new CEO.

But while Telemundo is tacking toward original content to export internationally, Univision continues to command about 70 percent of the Spanish-language ad market. Last year, the four major Spanish-language broadcasters (Azteca America, Telemundo, Univision and sister network TeleFutura) took in $3.7 billion in ad revenue, up from $3.5 billion in 2009, according to Kantar Media.

“In the early stages, we were trying to be what everybody else was,” Telemundo’s Browne says. “But we realized there’s an appetite for contemporary, smart content that speaks in a real way to Hispanics in this country.” Most Expensive Telenovela Queen of South Telenovela stealing TV’s Networks

Indeed, with its damsel-in-distress stories and bargain-basement production values, the telenovela has something of an image problem, especially with the acculturated U.S. Latinos who are spurring a reformation of the genre. But the primetime sudsers — which run for as many as 200 episodes — still fuel the Spanish-language networks, providing the bulk of their content and generating a majority of their ratings. So not everyone agrees that the telenovela needs a makeover.

“The telenovela genre is clearly one of the driving forces behind the success of Spanish-language media,” says Cesar Conde, president of Univision Networks. “They are a timeless genre.” To understand their success, he adds, it is important to see them the way the Spanish-language audience does. The casts of telenovelas are on Spanish-language media’s A-list. “Imagine being able to watch Brad Pitt and Angelina Jolie every single night in primetime,” Conde says.

Still, many Latino programmers see an opportunity on the horizon to expand their niche beyond exclusively Spanish-language programming. For example, Televisa is partnering with HIP Entertainment Group, based in Los Angeles and Baja California, Mexico, on its first English-language telenovela.

“We are part of the mainstream now,” says Beatriz Acevedo, president of HIP. “Networks are incorporating Hispanics in programming, and not in a segregated way. We’re diverse. We’re not all maids and gardeners.”

In short, the new world of the telenovela and its networks reflects changes in the Latino population as well as the curiosity of Anglos.

The 2010 Census estimates U.S. Hispanics at more than 50 million, or 16.3 percent of the population.

There are signs that Madison Avenue is beginning to notice. Mun2, for example, has lined up several sponsors for RPM Miami: Chevrolet will provide all of the cars featured in the series, and Valvoline will be the characters’ motor oil of choice.

As gender roles and old barriers of language break down, the telenovela moves forward.

La Reina revolves around Teresa Mendoza, a small-town girl turned heat-packing, tequila-quaffing drug boss. Cinderella, then, is not sweeping cinders but mopping the floor with her enemies.

“The Cinderella story is the classic telenovela,” says Kate del Castillo, the show’s lead actress. “I quit doing them a long time ago. I think women, who are the biggest audience for the telenovela, want to see women with power. They don’t want to see a woman crying because a guy stood her up.”