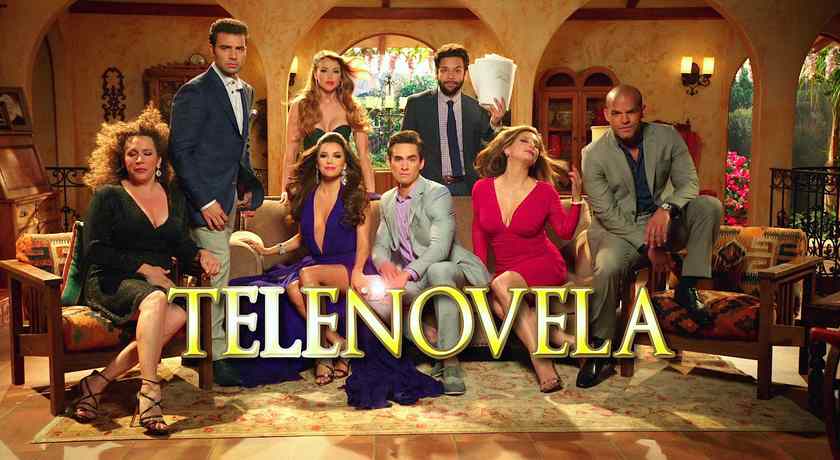 Ghanaians Telenovela Mania Craze Is Beyond Obsession: What Is Special About Telenovelas?- Telenovelas swept through Ghana in the early 2000’s with the introduction of Esmeralda, a telenovela released by Televisa in 1997. It was aired on TV3, then ownedby the Malaysians. It was a new TV station at the time and viewers caught the bud and relished the viewing experience. As many got glued to their TV sets, they fell in love with the telenovela and thus helped in making Esmeralda, one of the most famous telenovelas in Ghana. Other TV stations were soon to follow, including GTV, the Station of the Nation.

Prior to the introduction of Esmeralda, viewers had a taste of a Mexican soap opera dubbed “Acapulco Bay.” It received a resounding applause from the audience and there were reports that some houses were razed down by fire as a result of the soap opera: since it was aired during one of Ghana’s “dumsor, dumsor” days where people often move from house to house in search of a TV powered by a generator or a car battery inadvertently leaving their electrical appliances on.

For those who may not know what a telenovela is, here is a little education to help: It is a limited-run serial dramatic programming, generally run in less than one year. Telenovelas, which are sometimes called “tassels” or “comedias,” are produced primarily in Spanish and Portuguese-speaking countries and are usually shown during prime time. The medium has been used repeatedly to transmit socio-cultural messages by incorporating them into storylines. They are also popular in the Philippines and North America.

Soap operas are usually referred to as such because they are serial dramas on television or radio   featuring multiple related story lines dealing with the lives of multiplecharacters. Some soap operas have been known to run for decades. Ghanaians Telenovela Mania Craze Is Beyond Obsession: What Is Special About Telenovelas?

A flood of telenovelas

Esmeralda told the story of a poor blind girl who fell in love with a rich handsome guy. Her vulnerability and, of course, the rich family’s objection to the marriage kept viewers glued to their seats. Then came ‘Pangakosayo’ (Promise to You), ‘La mujer de mi vida’ (The Woman of My Life), ‘Valentina,’ ‘Las dos caras de Anna’ (The Two Faces of Anna), ‘La Revancha’ (The Revenge), ‘Cuando seas mea’ (When You Are Mine), ‘Juana La Virgen’ (Joana the Virgin).

Quite recently, all TV stations have been flooded with the likes of ‘El clon’ (The Clone), ‘Unrefugiopara el amor’ (A Shelter for Love), ‘Triunfo del amor’ (Love Triumph), ‘Lola Calamidades’ (Lola Calamities), ‘Latormenta’  (The Torment), ‘Corazon Salvaje’ (Wild Heart), ‘La que no podia amar’ (The One Who Could Not Love). Now we have ‘Una Maid en Manhatta’ (Maid in Manhattan), ‘Collar De Esmeraldas’ (Emerald Necklace), ‘Corazon Indomable’ (Wild at Heart), and many more in the offing.

Like many other girls, I was enthused and obsessed with telenovelas. I never missed a single episode. I remember halting my studies for exams the next day in order to watch my favouri tetelenovela “Second Chance.” My passion for telenovelas was so intense that I could navigate from station to station to watch each and every telenovela. Surprisingly, I had each story line in mind and to a large extent, Youtube became my friend as I always either read the story line or watched via the internet. No wonder guys always say all girls love telenovelas. It is worthy of note that the elderly (teachers, parents, traders), virtually all age groups have joined the bandwagon. Believe it or not, some men cannot do without telenovelas.

Now looking back, I keep asking myself, what benefits have I derived from watching telenovelas? Aside getting entertained, intrigued and being kept in suspense to envisage what was going to happen next, I honestly feel I have wasted precious hours.  Admittedly, the plots got most people glued to their seats, but let’s face it; telenovelas generally end in the same way, a white wedding or simply acceptance.

What is special about telenovelas – Frankly, my love for telenovelas has faded because personal experience with these telenovelas has taught me that it is always a battle of good against evil, a poor girl who is looked down upon ends up falling in love with the rich, or the lead characters find love in the first instance, then break up and then the rest of the story unfolds with they getting back together, with the odds weighing against them. Personally, ‘Second Chance’ and ‘El Clon’ featured different story lines, but in the end love still triumphed.  That has been the recurrent pattern. So I ask, what really is special about telenovelas? Is one story really different from the other?

Those who doubt the above observations may benefit from research from the search engine of Wikipedia which shows that couples who kiss each other in the first minutes of the first episode sometimes stay together for many episodes before the scriptwriter plots a breakup and by the time the telenovela gets to a climax, the couples are united again.

If you are a regular patron of telenovelas, you will notice that they are so predictable that you can miss a couple of episodes and still catch up with the fun and excitement.  This has been the trend of telenovelas from time immemorial and it is sad we have never realized it. I guess when they write ‘Fin’ (End) for any telenovela, we as viewers are satisfied that the cause of justice was served and that those of deviant character deserved what they got!

Sadly, there is a fierce competition between TV stations over who gets the largest viewers.  Considering that telenovelas steal so much of our precious time, it is not healthy that some stations air more than one at a time on any given day.  My investigations reveal that the TV stations pay some rights to the owners of these telenovelas. So is it a way of pulling “traffic” to their station or it is a money-making venture to attract sponsors?

My honest opinion is that  if the TV stations do not have  anything to show, they should bring back old shows like ‘Taxi Driver,’ ‘Inspector Bediako,’ ‘Thursday Theatre, ‘By the Fire Side,’  ‘Children’s  Own’ and all the truly wholesome entertaining stuff that mesmerized us and moulded our childhood right through adolescence.

For the many critics in Ghana, entertainment content is gradually becoming an issue of national concern and needs to be seriously addressed. Are parents not at all worried to see their children glued to TV sets watching telenovelas at the expense of schoolwork? Telenovelas are fairy tales and life certainly is not a fairy tale!

Finally, to the many TV stations and those yet to spring up, kindly direct your attention more to local contents and put a stop to the multitudinous telenovelas. Some of us are just tired of them. We now yearn for wholesome, local entertainment.