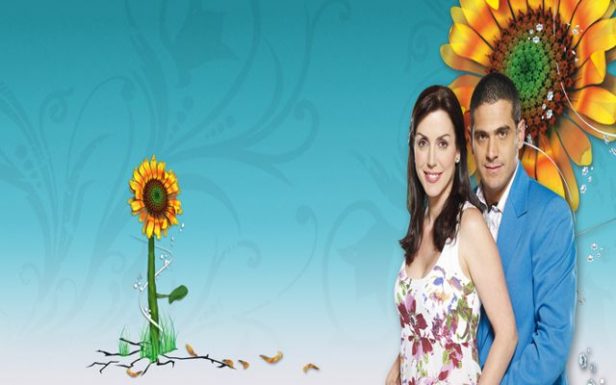 Love Her to Death Telenovela /La Quiero a Morir Full Story. La quiero a morir (Spanish: Love her to death) is a 2008-2009 Colombian telenovela produced and broadcast by Caracol TV.

The telenovela starts with the celebration of the 20th anniversary of Manuela Sáenz (Ana María Trujillo) and Germán Rico (Luigy Aicardi) marriage; they have two daughters, Andrea (Margarita Muñoz) and Juliana (Luz del Sol Neisa). As the party goes on, Germán and his secret lover, Catalina (Martha Restrepo) —who turns out to be Manuela’s best friend—, decide to escape together. When Manuela realizes this, it is too late: Germán has abandoned and ruined her and their daughters, since he had some debts and made obscure movements with the finances of the company he was running.

Manuela decides to rebuild her life. She meets Sansón (Mijaíl Mulkay), who comes to take possession of one of the houses he bought from Germán, while still owing him. This is why Manuela ends up sharing the house with Sansón’s family. Manuela and Sansón fall in love with each other, but he has a relationship with Yuri (Majida Issa), who makes anything she can to keep him by her side and pushing him away from Manuela.

On the day of her anniversary, Manuela’s husband leaves her for Catalina, her best friend. This leaves Manuela and Sergio, his business partner, completely bankrupt. After 20 years of marriage, Manuela is abandoned, with two adolescent daughters and without a home or money to start again. On the other hand, Rito Sansón Pulido’s thriving business is growing and his new house is a dream come true. He just needs to sign the deed. Manuela desperately looks for solutions but everyone closes their doors on her.

She discovers there is a house under her name in a working-class neighborhood in the city. Left without alternatives, she decides to settle there, changing everyone’s life, especially Sansón’s. Although he thought he had everything under control, he begins to fall in love with the woman who wants to take what he’s worked so hard for. Manuela is determined to succeed in life. She will try to create businesses and reorganize her and her family’s life. Love Her to Death Telenovela /La Quiero a Morir Full Story

However, she will first have to fight to be recognized and accepted in a world that is not her own. Sentimentally, her situation will not be easy: Sansón will reluctantly fall in love with Manuela; Sergio, who has always been attracted to her, will offer her a romantic option, which will create tension between him and Sansón; César,

Catalina’s husband will also become an unexpected alternative. To finish complicating things Germán, her ex husband, will return to ruin what Manuela has managed to build: the possibility to be happy.