Made in Cartagena telenovela is a series full of action and drama, framed in the unknown and daring world of Champeta, with a high dose of music, sensuality and spectacular landscapes that will help you discover all the flavor and reality of a Cartagena you´ve never seen before. It stars Carmen Villalobos, Miguel De Miguel and Fernado Solorzano produced by CMO Productions for Canal Caracol.

Made in Cartagena telenovela. The series tells the story of Harvey Noriega who is seeking to avenge his son’s death during a bank robbery. He tricks his goddaughter Flora to infiltrate the life of Vicente Dominguez because Noriega thinks he is the responsible for his misfortune. However a love story between Flora and Vicente starts to develop as a result.

The series is made up of Colombian actors with Carmen Villalobos as Flora, Miguel de Miguel as Vicente, Fernando Solorzano as Harvey. Khris Cifuentes also stars in the telenovela.

Carmen Villalobos rose to fame after playing the difficult role of Catalina Santana in the controversial soap opera “Sin Senos No Hay Paraiso.” Her triumph in the role led her to be cast in “Ninos Ricos, Padre Pobres” and “Mi Corazon Insiste.”

“Made in Cartagena”, entited “Bazurto” in Colombia, premiered to rave reviews in its native land and promises action and drama as well as an exploration of the Cartagena landscapes. It will also feature music from the region and promises to show audiences all the flavor and reality of the city.

Using as a façade the furor and party clutter that the first version of the world´s Champeta festival in today´s Cartagena originated, the powerful band of Harvey Noriega, dedicated to large and spectacular robberies, has the mission of robbing the Santa Helena, an old treasure rescued from the bottom of the ocean and hidden in the guarded Colombo-Spanish Bank´s vault, under the leadership of his President, Vicente Domínguez de Alba.

But what seemed like the perfect plan ends up being an overwhelming failure. Now Harvey wants to avenge his son´s death, tricking his god-daughter Flora, the next queen of Champeta, an original music genre of Cartagena, using her as bait to infiltrate Vicente´s life, whom he sees as the direct responsible for his misfortunes. This time, Noriega thinks he has everything under control, but sometimes deception and love can get out of hand. 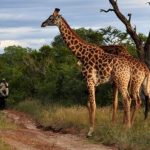 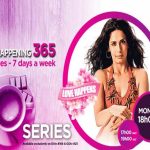