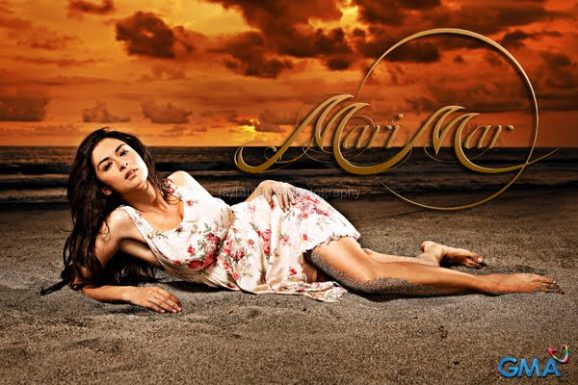 Marimar telenovela full story – Marimar is a poor young innocent girl who lives with her grandparents in a hut on the beach by the ocean. She falls in love with Sergio, the son of wealthy farmer Renato Santibáñez. Sergio agrees to marry Marimar despite the disapproval of his father and stepmother, Angélica, but along the way he falls deeply in love with her.

Angélica despises Marimar because of her innocence and her lack of knowledge of the world of high society. Angélica constantly embarrasses Marimar, often diminishing her worth as an individual. Sergio becomes angry and decides to go away and earn money so he can take Marimar away from her father’s house, and safe from Angélica’s wrath. Angélica tells the police that Marimar stole a bracelet from her, and Marimar is sent to prison. Then Angélica sends one of her servants, Nicandro, to set fire on the humble hut belonging to Marimar’s grandparents, which results in their deaths. Angélica forges Sergio’s handwriting and writes a fake letter to Marimar stating that he wants nothing more to do with her and that he never loved her. All this, along with the impact of her grandparents’ deaths, changes Marimar and sets her on the road to revenge.

After leaving prison, Marimar then moves from her hometown to Mexico City with Padre Torrez and works to get back on track. While on the road, she meets her biological father, Gustavo Aldama, without either him or her knowing of their relationship. He teaches her how to read, write, to speak eloquently, and to dress elegantly. She finds out she is pregnant, later gives birth to a daughter, Cruz.

READ ALSO:  6 Reasons to Watch The Queen of Miami on Telemundo

After the new, improved Marimar is ready to face society, Gustavo decides to take her to the opera, where she bumps into Sergio, and Marimar’s plan for revenge begins. Fueled by anger, Marimar (assuming the identity of “Bella Aldama” and denying to Sergio and other people that she is Marimar) seduces Sergio constantly and then rejects his advances to hurt him, and at the same time strips Renato and Angélica of their wealth. Marimar buys out the Santibáñez house and embarrasses Angélica the way she had embarrassed Marimar before. As Sergio divorces Marimar and gets ready to marry his childhood friend Inocencia, Marimar plans on breaking them up. Secretly, Sergio is still in love with Marimar.

Angélica then gets into a car accident and suffers severe burns. While on her deathbed, as her last wish, she wants Marimar burned alive in her house. Innocencia finds out that Sergio has been visiting Marimar and even tried to go to Marimar’s house. The pregnant Innocencia falls and taken to the hospital, where she has her baby and is subsequently diagnosed with a brain tumor. Marimar decides to forget about Sergio by falling in love with another man who is an engineer. Innocencia then has brain surgery and, ashamed of all she has done, allows Marimar to eventually marry Sergio. They finally marry and live happily ever after.

Get a copy of Marimar telenovela full story book