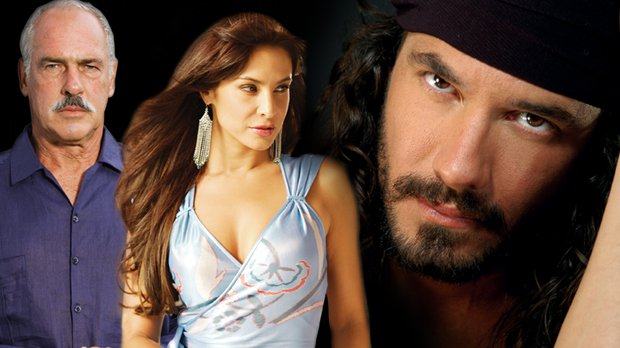 Second Chance Telenovela / El Cuerpo del Deseo Get Full Story, is a Spanish-language telenovela produced by Telemundo and filmed in Florida. This limited-run series is about a man who comes back from the dead and discovers dark secrets about his beautiful widow. The first version of El cuerpo del deseo was En cuerpo ajeno,[1] produced by RTI Colombia in 1992.

The story features Pedro José Donoso (Andrés García), a wealthy old man who lives in a big mansion with his daughter Angela and his servants. He falls in love with and marries a gorgeous younger woman, Isabel Arroyo (Lorena Rojas). He dies suddenly,and Isabel marries employee Andres Corona. But Pedro Jose Donoso returns to Earth through transmigration: (the passing of a soul into another body after death), in the body of Salvador Cerinza (Mario Cimarro), a handsome (yet poor) family man.

Pedro José searches for everything he lost, uncovering secrets, truths and deceptions. Ultimately, he must set things straight and save those who truly loved him, and reclaim the heart of beautiful Isabel. Pedro changes his name to Salvador and enters his mansion as a poor driver. Isabel feels attractive and falls in love with him.

Both have sex several times and secretly Isabel kills Andres and marries Salvador. Angela marries Antonio, the maid Abigail’s son. Antonio and Angela love each other very much. Pedro thinks that his death was not natural. He believes that Isabel killed him by giving him poison. Isabel did not give him poison in truth. When Isabel discovers that Salvador is Pedro,she asks him to forgive her and tells him the truth.

Pedro and Isabel reunite and leave the mansion without informing anyone. However, Isabel’s Aunt, Miss Rebecca believes that Salvador might have taken Isabelle somewhere so that he can kill her and grab her wealth, so she and the butler, Walter, inform the police.

The police chase Pedro and Isabel. Isabel tells Pedro that she doesn’t want to be separated from him again, so she drives the car into a river. Second Chance / SEl Cuerpo del Deseo Telenovela Full Story

Everyone finds out the truth about Pedro’s transmigration and everyone is happy that finally Isabelle and Pedro have reunited, but they want to get rid of the real Salvador as he was very dirty. Finally, they find Cantalicia and Moncho, and leave Salvador with him. Salvador becomes very happy. Also, Angela gives birth to a son whom they name Don Pedro.