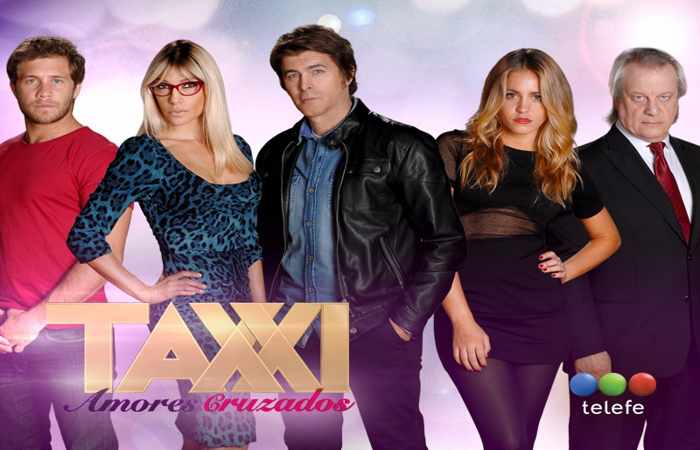 Taxxi, Amores Cruzados / Crossed Loves is an Argentine soap opera produced by Endemol , Azteka Films and Ctv Contenidos for Telefe . 1 was the winner 2 of the contest proposed by the National Institute of Cinema and Audiovisual Arts(INCAA).

This telenovela was starring Gabriel Corrado , Rocío Igarzábal , Catherine Fulop and Nicolás Riera , with the antagonistic participation of the first actor Jorge Marrale , Maite Zumelzú and Ivo Cutzarida , as well as a great cast.

Fifteen years ago, Martin Montana ( Gabriel Corrado ) lost his wife. Today, life crosses him with a woman identical to Agustina, as she was at the time of his death. His obsession with Tania ( Rocío Igarzábal ), this mysterious woman, leads him to relate to a sinister character, Mr. Moretti ( Jorge Marrale ). What Martin does not know is that Moretti is actually Dr. Mattsson, his former teacher and rival, who returned from the shadows to consummate a perfect revenge against him. For her part, Tania does not know that in reality she is Martin’s wife, Agustina, and that Moretti turned her into “another” to kill the man she has loved the most in her life. But Moretti ignores one thing: sometimes true love is an impossible force to stop and control.

On the other hand Diego Montana ( Nicolás Riera ), the son of Martín, begins to weave his own drama when discovering that Lucía ( Catherine Fulop ) a publicist who knew and who captivated him is the mother of his young girlfriend Ema ( Micaela Vázquez ), and their lives are intertwined and they all remain under the power of the sinister Moretti, who assisted by the violent Victor ( Ivo Cutzarida ), will convince Helena ( Maite Zumelzú ), Martin’s sister-in-law, to join their evil purposes.

Get More Customers and Grow Your Business. Advertise Your Business for Free on Ghana Businesss 🙂
READ ALSO:  6 Best Telenovelas of All Time: Marimar, El Clon, and More