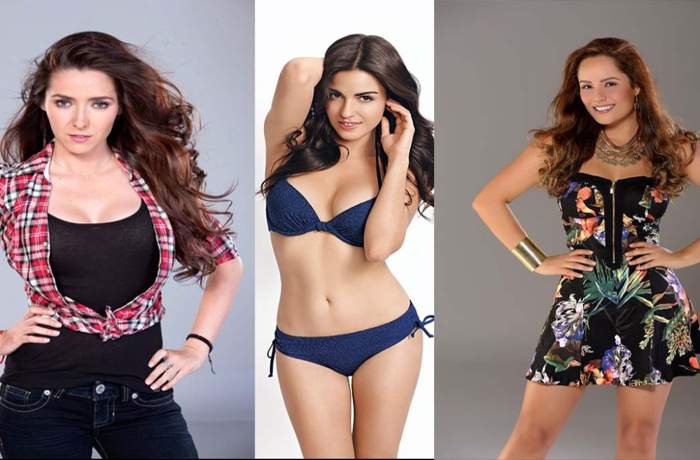 The Top 10 Hottest Telenovela Actresses (And We Tend To Agree). The 10 Most Beautiful Mexican Telenovela Actresses. Here are the faces we see all the time on our television! The actresses that make us wish we were in their shoes (both in good and bad times). These actresses are the best when it comes to their performance on the small screen. They captivate our heart with their beauty and make us desire to be as excellent as they are. Here are the hottest telenovela actresses we have seen on our screen.

Aracely Arambula is an actress, singer and model; she began her road to fame in a beauty pageant. Her first role in telenovela was “Prisonera de amor” in 1994 hence follows the couple of others. Her consecration as the protagonist came with “Abrazame muy fuerte” in 2000. The beautiful Aracely starred in about 17 soap opera.

Get the full story of ‘La Gata (The Stray Cat) ✔
Made in Cartagena Telenovela Full story Book and Video ✔
Marimar telenovela full story book ✔
Ghanaians Telenovela Mania Craze Is Beyond Obsession: What is special about telenovelas? ✔
6 Best Telenovelas of All Time: Marimar, El Clon, and More
Most Expensive Telenovela Queen of South Telenovela stealing TV’s Networks
Get The Full Story Of The Unloved Woman – La Malquerida Telenovela ✔
Crown of Tears Telenovela / Corona de Lágrimas Full Story
The Top 10 telenovelas that every Ghanaian was crazy about

The sultry French-born Mexican actress is one of the most recognized Mexican actresses. The pretty blonde has earned the affection of the public for her professionalism and dedication in every project she undertakes. Boyer is currently recording “Frente al mismo rostro” set to be released in April, 2016.

Gaby Espino is an actress, model and presenter, she is best known in her roles in Telenovela like “Santa Diabla” (2013) and few others. Her debut role on TV was in the Venezuelan teen series “A todo corazon” (1997).

We have watched our gorgeous Maite Perroni grow as an actress since she made her debut in Rebelde, the 33 years old Mexican actress, model and singer/songwriter has definitely proven to her fans that she can handle any role given to her. Maite Perroni has starred in a couple of telenovela such as “Cuidado Con El Angel,” “Mi Pecado” “Triunfo Del Amor.” “La Gata”, “Antes Muerta Que Lichita” and a few roles.

She is an actress and model; she studied acting, speech, and body language. She is best known is “Senora Acero” (2015), “Perro Amor” (2010) and many more. She is also a sex symbol known for her incredibly alluring photoshoots.

Ariadne Diaz is an actress and former model with a couple of telenovela to her credit. She is currently on maternity leave, awaiting the arrival of her first baby boy Diego.

Michelle Renaud is one of the most charismatic young actresses in Mexico. Michelle Renaud had her first role in the hit teen telenovela “Rebelde” (2004), where she gave life to “Michelle Pineda”. She later starred in a couple of telenovela including “La Sombre del pasado” as “Aldonza” (2014 – 2015). Currently we see her as “Regina Montenegro” in Passion y poder (2015 till present).