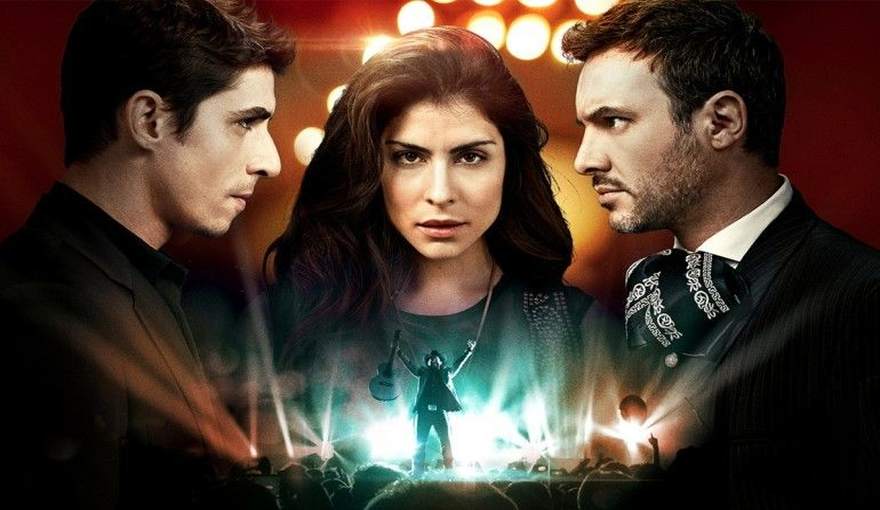 The Price of Fame Telenovela / Guerra de Idolos Full Story. Telemundo presents The Price of Fame, a brand-new telenovela that will take viewers into the alluring yet treacherous world of music. The musical drama series follows the story of two brothers who, at the peak of their success in the music industry, find themselves torn apart by envy, revenge and ambition. The Price of Fame daily at 7pm on Telemundo (DStv channel 118).

Guerra de Idolos) Telenovela (English title: The Price of Fame) is an American telenovela created by Mariano Calasso for Telemundo.It is the first musical telenovela of Telemundo that will play the genre of Mexican Regional music. It was recorded in Mexico.

READ ALSO:  Celia Cruz Telenovela Get All The Story Here

The Price of Fame introduces a host of new faces to the channel, with Daniel Elbittar starring as the hugely popular musician Julio Cesar Solar and Alberto Guerra taking on the role of his younger brother, successful music producer Mateo. The brothers have it all; the looks, the fame, the power and success until the unexpected disappearance of Julio Cesar sets a chain of dramatic events into motion, on and off stage.

As Mateo seeks to find those responsible for his brother’s disappearance, he soon discovers a web of music industry mobsters, including Rafael Zabala (played by Alejandro De La Madrid) and Amado Matamoros (played by Juan Pablo Medina). With adversaries so dangerous and powerful, Mateo will carry on with his quest for the truth and justice, stopping at nothing.

Eventually, he meets and falls for Manara Matamoros (Maria León), an aspiring music artist who seeks his guidance and also happens to be the half-sister of the mobster, Amado Matamoros. Will the forbidden love affair stop Mateo from unleashing a vicious war against his enemies?

Mateo Solar is the best composer and musical producer of the moment, both in the regional and urban genres. Member of a family of artists of Latin origin settled in Houston, he makes the “mistake” of falling in love with Manara; a singer whom they plan to release as a new pop star. But who brought Manara to him was Amado Matamoros, brother of Manara and Julia, trafficker of people and guns, who has controlled the lives of his sisters. Manara, unlike Julia, knows perfectly who is beloved, but keeps it secret to protect her sister, who is the light of his eyes and who has protected her since their mother died. The stormy relationship between Mateo and Manara goes against many interests, triggering ambitions and a war up and down the stages, which will extend from Los Angeles to Houston, and from Monterrey to Mexico City, exposing the most dark side of the world of music.

This is how three families the Solars, the Matamoros, and the Zabalas become embroiled in a story of vengeance, betrayal and secret romance. Featuring a wide range of music, from pop and Puerto Rican dance music to Spanish ranchero and mariachi, The Price of Fame airs on Telemundo (DStv Channel 118) at 7pm. The Price of Fame Telenovela / Guerra de Idolos Full Story