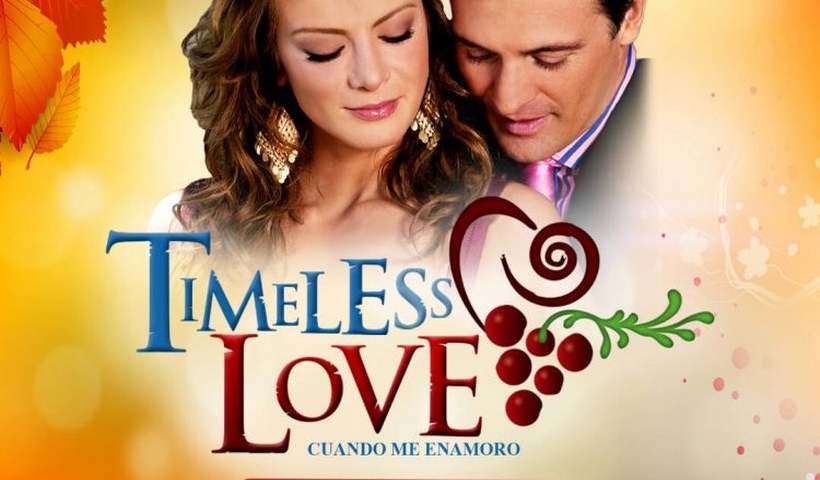 Timeless Love / Cuando me Enamoro Telenovela Get Full Story. Cuando me enamoro (English: Timeless Love) is a Mexican Spanish-language telenovela produced by Carlos Moreno Laguillo for Televisa. It is based on the 1998 telenovela La Mentira.

Silvia Navarro and Juan Soler star as the protagonists, while Rocío Banquells, Lisardo and Jessica Coch star as the antagonists. Univision broadcast Cuando me enamoro from April 20, 2011[4] to January 6, 2012.

The story (Timeless Love / Cuando me Enamoro Telenovela) begins with the birth of two daughters; Regina and Roberta, both daughters of Roberto Gamba (Sebastián Rulli) but of different mothers. While Regina is the daughter of Regina Soberón de Gamba (Julieta Rosen), the legitimate wife of Roberto Gamba, Roberta is the daughter of Josefina Álvarez Martínez (Rocío Banquells), Roberto’s mistress. When Roberto tells Josefina that he is not going to leave his wife and daughter, Josefina, full of rage, causes Roberto’s death and decides to kidnap Roberto and Regina’s daughter for revenge and to make Regina suffer. Josefina changes Regina’s name to Renata and flees with the two girls, leaving Regina shattered and grieving over the loss of her daughter.

Years later, Josefina marries millionaire Gonzalo Monterrubio (René Casados), who adopts her daughters and raises them as if they were his true daughters.

Upon becoming a young woman, Roberta (Jessica Coch) is the girlfriend of Rafael (Sebastián Zurita), an employee of the Gonzalo Monterrubio Corporation. Rafael wants to prove to Roberta that he is capable of providing her with the kind of life she is accustomed to, and thus resigns from the Monterrubio Corporation to become the new owner of a very successful vineyard in Ensenada. But Josefina assassinates Rafael and then makes Roberta believe that Rafael left her. Jerónimo Linares de la Fuente (Juan Soler) is a successful businessman who lives in Spain and decides to travel to Mexico to visit his half brother, Rafael, and to ask for the hand of Roberta in marriage on behalf of his half brother Rafael.

READ ALSO:  6 Reasons to Watch The Queen of Miami on Telemundo

At the airport, Jerónimo has an encounter with Renata (Silvia Navarro) and is immediately captivated by her beauty. Upon arriving at his brother’s ranch and learning of his brother’s recent death, Jerónimo is led to believe that a woman whose name begins with the letter “R” is responsible for Rafael’s death. Jerónimo swears to avenge his brother’s death by seducing, marrying, and subsequently making life unbearable for the woman he nicknames “La Bonita”.

At first, Jerónimo suspects that “La Bonita” is in reality Roberta; however, through a series of misunderstandings, together with the deceitful plotting and conniving of Josefina, Jerónimo is pointed in the direction of Renata as “La Bonita”. Destiny and time will prove him wrong, but in the meantime he will lose Renata’s love due to his deception and lies.

Timeless Love” is the story of Renata and Jeronimo, whose all-embracing love for each other is undermined by bitterness and betrayal, and by the insidious poison of a malicious lie.

When Jeronimo meets Renata, he knows he has found the love of his life. Renata, too, is certain she has found her true soul mate, yet lurking in the sidelines are her mother (Josefina) and her sister (Roberta), who will eventually be the ones responsible for shredding her happiness by making Jeronimo believe that Renata toyed with his brother Rafael’s feelings and drove him to suicide, when, in fact, Roberta herself was his girlfriend.

Jeronimo vows over his brother’s grave to avenge his death and, forcing his love for Renata out of his heart, he marries her under false pretences and takes her to live on his ranch where he will make her suffer only to punish her for all the hurt he believes she caused his brother.

Renata has never had reason to doubt that Josefina is her mother and Roberta her fraternal twin sister, when in fact Josefina was the mistress of Roberto, who fathered the two girls, but with two different women. Renata is in fact the daughter of Roberto’s wife, Regina.

Upon Roberto’s unexpected death, and realizing that Renata was his only legitimate heir, Josefina kidnapped the little girl and made everyone believe she was her daughter Roberta’s twin sister, with the ultimate intention of claiming her fortune on the girl’s 25th birthday.

Meanwhile, Regina has never stopped searching for her missing daughter and has dedicated her life to administering a shelter for single mothers. Regina never would have imagined that after so many years, history would repeat itself, but in reverse order. Through an ironic twist of fate, love reappears in her life through Gonzalo…Josefina’s husband!

Jeronimo realizes too late that he was the victim of Roberta and Josefina’s vicious plot. Wounded by her spouse’s cruel and humiliating behavior, Renata leavesJeronimo. From then on, Jeronimo will seek her forgiveness at all costs, but it wouldn’t be easy for there is now another man eager to conquer Renata’s heart (Timeless Love).
This dramatic telenovela takes us back and forth between the fast-paced city life and the vast sweeping landscapes of the Valley of Guadalupe, one of northern Mexico’s most beautiful wine-growing regions.