1. Seventy lucky people randomly chosen from a phone book by an aristocrat in Portugal.

If you received a random call and were told that a rich aristocrat has chosen you to be his beneficiary as stated in his will, you would probably shrug it off as a prank call or a scam artist looking for his next victim. However, this exact scenario became a reality to 70 strangers in Portugal whose names were selected from a phone directory 13 years earlier.

Luis Carlos de Noronha Cabral da Camara was a very wealthy and eccentric man. First off, leaving behind wills and testaments was very uncommon in Portugal so for him to prepare one was already considered a bit odd. Add that to the fact that he personally and randomly (the word random cannot be stressed enough in this entry) chose 70 names from a phone directory in front of two witness in the civil registry where his will was being formalized.

Zsolt and Geza Peladi were brothers who were so poor; they set up camp in a cave just outside of Budapest, Hungary. They would look for scrap in streets and dumpsters and would sell them to junkyards. Their sister lived in America and was also in dire straits herself. Their lives changed when charity workers were told that the brothers’ grandmother had died in Baden-Wurttenberg, Germany and as the surviving direct descendants, they were legally to a share of their grandmother’s estate.

Life wasn’t easy for Zsolt and Geza Peladi or for their sister. Their mother belonged to a very wealthy family but because of tensions at home, she severed ties with her own mother – the siblings’ grandmother. Later on, their mother also abandoned them and the siblings lost touch with both parents until their mother’s death.

Under German law, direct descendants are automatically qualified for a share of any estate. In Zsolt and Geza Peladi’s case, their grandmother’s inheritance would have gone to their mother if she was still alive.

3. Journalism student inherits 950 million Euros from an uncle he hadn’t seen in 10 years.

Imagine the surprise of Sergey Sudev who was quietly pursuing his Journalism degree in Moldova when he was visited by his uncle’s agents who told him that he’s now one of the richest men in the country. The last time that he saw his uncle was 10 years earlier and has not heard from him since. It is not known whether Sergey Sudev continued his studies but it’s clear that he can afford to miss a class or two.

4. Lucky waitress gets a small fortune from a grateful customer.

Cara Wood was a bubbly and affable 17-year-old waitress at Drin’s Colonial Restaurant in Chagrin Falls, Ohio. One of her regular customers was Bill Cruxton, an 82-year old local resident who visited the restaurant everyday and made it a point to be seated in Cara Wood’s section. She not only waited on his table daily, she also ran errands for him and helped him around his house.

Bill Cruxton died in November of 1992 but not before he rewrote his entire will to make his favorite waitress and friend the sole beneficiary of his $500,000 estate.

5. After nine years in court battles, Argentine maid receives $40 million from a father she never met.

Eva Paole is a retired maid from Argentina who never knew or met her father. Her mother kept the identity of her father a tightly-sealed secret until her death. Through research and accounts from her mother’s closest friends and relatives, she believed that her father was Rufino Otero, a rich landowner who died in 1983.

A long drawn-out legal battle ensued so that a paternity test may be done. This of course required exhumation of the baron’s remains which the estate was vehemently against. Nine years later, Eva Paole won her right to know the identity of her father but not before a grave robbing incident occurred and the remains of Rufino Otero was replaced with the body of another man. Despite the major setback, DNA testing continued using samples of Justina Porras, the baron’s mother.

Once it has been established that Eva Paole was Rufino Otero’s only child, the court ordered the family’s estate to give her inheritance amounting to $40 million.

An island with hidden jewels and valuable relics may be the stuff of fiction but for 17-year-old Josh, this became a reality after his grandfather listed him as the beneficiary of a 36-acre private island where a thermos with antique jeweler and loose gems is hidden. Though a treasure map wasn’t included in his will, the family undoubtedly believes that the “treasure thermos” is in the property.

Josh was not particularly close with his grandfather. He did not approve of his daughter’s marriage to a man outside of their conservative faith. Nevertheless, Josh was fondly remembered by his grandfather when he prepared his will.

Leona Helmsley aka The Queen of Mean is a hotelier, socialite and a real estate billionaire who’s most prized possession was Trouble, an adorable terrier. Trouble may now be the richest dog in the world. The family of Leona Helmsley on the other hand, may not be able to boast of the same feat. Two of her four grandchildren were entirely left out of the will, and no one received the same amount as or more than Trouble.

Her brother, Alvin Rosenthal inherited $10 million and is the executor of Trouble’s will.

8. Prolific prankster leaves a portion of his inheritance to the woman who will birth the most number of kids a decade after his death.

Millar was a wealthy man who made his fortunes from law and private investments. His love of jokes and pranks resonate strongly in his will where he stipulated several conditions for his inheritance, the bulk of which was to be given to the woman who gave birth to the most number of children 10 years after he died – in cash. The stunt was much publicized as women raced in what was to be known as the Great Stork Derby.

9. Homeless man flees from the police as they attempted to inform him of a $6 million inheritance.

There is no doubt that living in the streets for an extended period of time can take a toll on any person, making them paranoid and fearful of the authorities. It is therefore no surprise that Tomas Martinez’ – a 67-year-old vagrant in the streets of Santa Cruz de la Sierra, Bolivia – first instinct was to flee from the police as they tried to approach him to tell him the news that he inherited $6 million from a distant relative.

Tomas Martinez was afraid of getting arrested for his substance abuse habits and after that first run-in with the police, he was never found again despite numerous attempts by the media and charities to locate him. The inheritance was then awarded to Ines Gajardo Olivares, his ex-wife.

10. The richest woman in Asia made a feng shui master one of the richest men in China.

Nina Wang was one of the richest women in Asia with billion-dollar assets. After being diagnosed with ovarian cancer in 2004, she sought the help of a feng shui master named Tony Chan. In return for eternal life, she rewrote her will in 2006 to make Tony Chan her sole benefactor, taking all the legal precautions to ensure that her original will was voided. In her first will, she apportioned her fortunes to families and charities.

If you find this article useful, please be sociable & share it 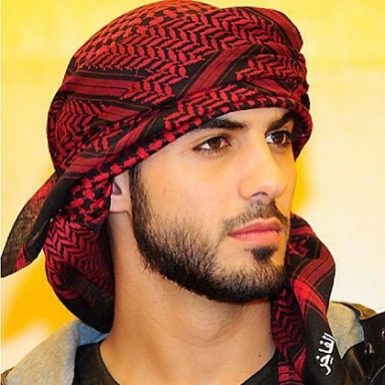