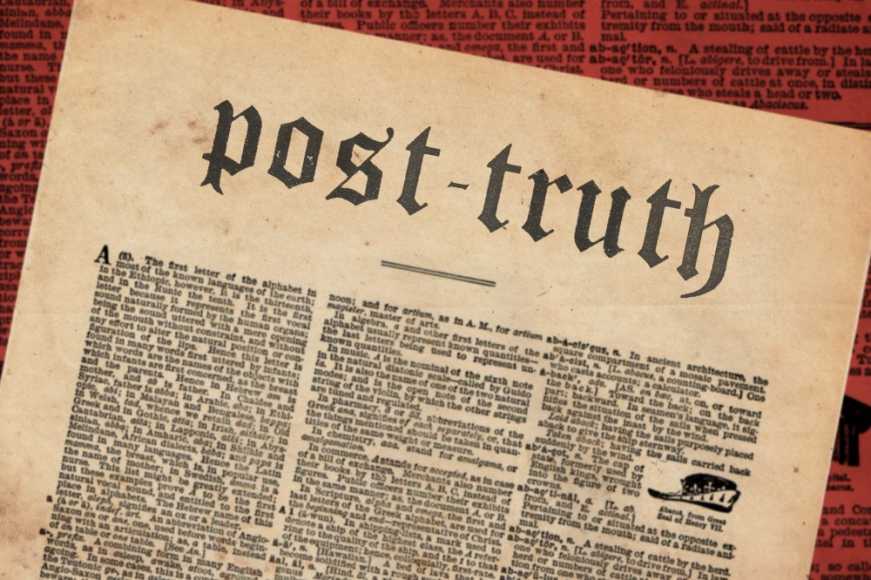 What does post-truth mean and how did it beat other contenders to clinch the top spot as word of the year? We will help you with a quick definition and a quick grammar tip; post-truth is an adjective.

Relating to or denoting circumstances in which objective facts are less influential in shaping public opinion than appeals to emotion and personal belief.

Basically, post-truth is what happens when emotions rather than facts drive actions and decisions. The dictionary declared the word as its word of the year citing a 2,000% increase in its usage in 2016 following Brexit and the US presidential election.

The word was used heavily by media and political pundits when describing politics that appeal to the emotions of voters and often disconnected from facts. Much like the wave US President-elect Donald Trump rode to victory upon during the recently concluded US elections.

The term appeared in the title of a number of op-eds this year, including the Guardian, which published the article; Post-truth politicians Such as Donald Trump and Boris Johnson are no Joke, and the New York Times’ The Age of Tost-Truth Politics.

It was added to OxfordDictionaries.com this month and had its own Wikipedia page since July but the origin of the word actually dates way back. It was coined by a playwright in 1992.

Oxford Dictionaries president Casper Grathwohl had this to say about the selection;

“It’s not surprising that our choice reflects a year dominated by highly charged political and social discourse,”

“Fueled by the rise of social media as a news source and a growing distrust of facts offered up by the establishment, post-truth as a concept has been finding its linguistic footing for some time.”

Nana Addo and Mahama Debate on TV 17 Years Ago! [Must-See Video]
Highest-Paid Baseball Players – Baseball Salary
What To Know Before Launching My Website.
Small Business Marketing – 3 Reasons Why Social Media Marketing Can Help
Is Africa’s negative image justified? Eleven viewpoints
Highest Paying Jobs Even An 8th Grader Could Do
6 Tips to Go from Student to Business Entrepreneur
How to Set Smartphone Limits for Your Kids
6 AI-Powered Tools All Entrepreneurs Need to Run Their Business
Top 14 Female Careers That Lead To Divorce
Digital Marketing Services
5 Ways to Improve Website Sales

The word managed to beat heavy contenders that included; “alt-right,” which refers to extreme conservative views held by white nationalists; “Brexiteer,” a Brexit proponent; and “adulting,” which is “the practice of behaving in a way characteristic of a responsible adult, especially the accomplishment of mundane but necessary tasks.”

This year has offered a buttload of surprises in the world of politics and both the word of the year and other contenders like “Brexiteer” and “Alt-Right” show that out spectacularly.