An Open Letter to Black Leaders, Black Preachers & Black Pundits. Obama is not the Black Messiah and I doubt a Messiah (black or otherwise) will show up anytime soon to solve the problems in our community. I am so tired of the begging, whining, complaining and cajoling from our so called leaders and the black commentariat directed at President Obama. My question to all of them is; what have you done for our people lately – or – in the last 25 years before Mr. Obama was elected?

Have you created any enterprise level businesses? Have you created a national system of education that is being deployed in our communities nationwide to correctly teach our children the fundamentals and advance levels of math, science, and our-story (as opposed to his-story)? Have you created any enterprise level technical or mechanically inclined entities that are changing the dynamics of businesses and how we interact socially and culturally? What about creating banks and other financial institutions that promote trade and commerce within the Diaspora and Africa and with indigenous Africans (a continent that contains 70% of the world’s resources)? And the last question I would ask them is – since you haven’t done any of the aforementioned, then what the hell have you been doing?
Over 70% of all households in our communities are now single-parent households. Most of those households are young teenage mothers raising babies whom were themselves raised by young teenage mothers, whom were themselves raised by young teenage mothers. We have 12 year old mothers, 25 year old grandmothers and 38 year old great grandmothers as the majority population within our communities. We have a 50% high school dropout rate in our communities. Homicide rates in our most weary communities are at levels one would associate with some areas of Iraq or Afghanistan. These problems existed long before Mr. Obama was elected President. Yet you so called black leaders and pundits complain, bitch and moan everyday about what Obama hasn’t done about this issue or that issue.
Every year you so called black leaders and pundits promote events, workshops, seminars, and conferences (both religious and secular) you invite the usual talking heads (Jackson, Farrakhan, Smiley, West, Watkins, Dyson, et. al) to discuss the many issues that affect our communities and every year the issues in our communities become exponentially worse. Your meetings, workshops, seminars and conferences have been taking place since the mid ‘60’s (over 40 years!) and every year crime, illiteracy, poverty, drug abuse and socio-economic dependency has become more entrenched within our communities. Yet all of you direct your outrage at President Obama for, in your opinion, not directly addressing the issues that all of you have been ineffective in addressing for the last 40+ years.
The black clergy has no cover either. The black clergy continue to promote a religious lifestyle that effectively cuts them and their members off from the people that require the most help and attention. The black clergy continues to promote a Christian worldview that was taught to our people on the slave plantations in America. Common sense dictates that a group of people that have beat you, killed you, raped you, and enslaved you is not going to teach or freely give to you the keys to your liberation and salvation (the aforementioned is true even for our Muslim brothers and sisters). But the Black Clergy has suspended common sense in favor of blind faith and obedience to euro-christian dogma, theology and the euro-christian deity. The vast majority of Black preachers hoop, holler and spit fiery and emotional sermons on Sundays and do little to nothing to promote programs and projects that would bring economic, spiritual and cultural freedom to the poor and disenfranchised within their own communities. They have taken the place of the slave master by promoting a religious-proletariat way of life for our people.
There is absolutely no reason why we cannot create an infrastructure within our communities to support initiatives, programs and/or projects that would effectively address the issues related to education, business development, trade and commerce and socioeconomic development. There is no reason why the aforementioned infrastructure cannot produce the next Martin Luther King, Bill Gates, Steve Jobs, Benjamin Mays or Barack Obama.  I invite anyone; black leaders, pundits, clergy, bloggers and/or commenter to challenge me as to why this can’t be done. I also challenge this same black leaders, pundits and clergy to stop complaining to and about this President, or future President about issues that all of you have failed to effectively address in over 40+ years. Enough Obama bashing already! 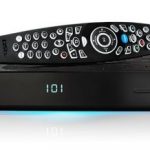