Is Africa’s negative image justified? Eleven viewpoints – The international media is often criticised for only reporting on the negatives of Africa, with stories focusing on poverty, famine, war and corruption. Is the media biased? Or is the way that Africa is being portrayed a true reflection of what is happening on the ground? During a recent BBC debate, Africa’s global image: Justified or prejudiced?, held in Uganda’s capital Kampala, various government officials, business leaders, journalists and bloggers, shared their thoughts on this matter. Here are eleven of the most thought-provoking opinions that emerged:

A recent cover of The Economist magazine.

1. A journalist and analyst based in Kampala said that in order for African governments to receive foreign aid, the continent needs to be seen as a place of hardship. “Bad governments essentially need a bad image to go begging in the west. And the west essentially promotes that relationship.”

“You are beginning to see the citizens of Africa becoming very vocal. They are no longer willing to be held ransom, not only by their own governments, but also by nobody else in the world,” Ikalafeng added.

3. One participant said that “the image of Africa as it is, is correct … It is true that there is famine. It is true that there is poverty, there is war. All those are true. But let’s talk about Brazil, for example. Brazil is poor. There is prostitution. There is horror. There are drugs. But what is the image of Brazil in the world? The image of Brazil in the world is the image of a country that is successful, that is progressive, that is exciting … The Brazilians themselves have taken the agenda in their own hands to promote it. In Africa … we have abdicated our responsibility to drive our own image …”

4. “The only way [Africa’s negative image] is going to change is if we bring in a revisionist history … For example, there is Prof Ivan Van Sertima who asserts that Africans went to the south America’s thousands of years before Christopher Columbus … If this kind of information is made available in schools [and] in universities, then it will stop this slave mentality that we were brought up with that we have to go and beg because we are somewhat less, deficient and lacking. And then, once we project that ourselves, then the outside … will actually come to look at us with respect,” said another participant.

5. The presenter asked a foreign journalist how difficult it is to pitch a good news story about Africa to editors and producers in Europe and the US?

6. “China, India, Malaysia [and] Korea do not see Africa as a basket case. They see it as an investment opportunity,” said a British journalist.

7. Robert Kabushenga, CEO of Uganda’s Vision media group, said “there is an increasing decline of the so-called western media and their influence in Africa. A lot of local media houses are emerging that can tell the narrative of the African situation far more effectively than the international media will ever do … In about five to seven years the international media will become completely irrelevant. And that is why you got that reaction to Kony 2012, because it was in complete contrast to the situation on the ground. And the people who went against it were not even the traditional ones – it wasn’t the army, it wasn’t the government. It was the bloggers who said, ‘This is not correct’. Finally there is a process in the media in Africa that is beginning to reverse these perceptions. Very soon we will have our own infrastructure that tells the story differently.”

8. “We need to ask ourselves, is there anywhere in south-east Asia where they are sitting down debating as to what the western world thinks of them? No, they are busy making money and doing things. So maybe we should just get out of here and go out and work hard and stop talking about ourselves, and our image will improve,” commented David Mpanga, a lawyer for Ugandan opposition leader Kizza Besigye.

10. [Africa] is changing, but it is not starting from this ground zero that people seem to think. There is this very recurrent theme in the western media of ‘Africa rising’, ‘Africa the new frontier’. That headline seems to recur every year. In a way that marginalises Africa even more, because it is not actually looking at what is happening all the time on the ground … It is always: ‘Africa the new place’ …” noted an Uganda-based investment advisor.

11. “The trend of stereotyping Africa as one homogeneous nation has damaged the reputation of countries that are really doing well,” said a representative of multinational drinks company Diageo. 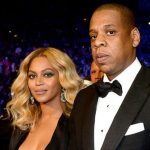 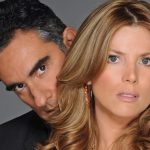